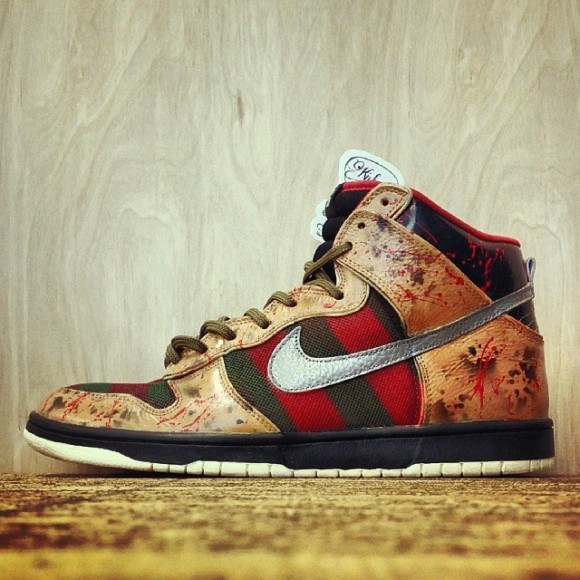 When it comes to great custom footwear and who’s making the biggest waves, the Kickasso Kustoms team has to be mentioned. They’ve been holding things down for years, and have an awesome portfolio of work, like the recently released python covered AJ11 Low “Blue,” but this next pair of kicks are out for the kill for all of you who sleep on this sneaker artist collective. The Nike SB Dunk High “Freddy” customs by Kickasso Kustoms are a mostly tan leather sneaker, with red and green stripes on the base. Riding high on an a blacked out midsole, the uppers feature splatters of blood red all over the shoes, along with black marks to represent the unfortunate conditions of victims after a night with Freddy Kruger. The same red and green stripes that create Kruger’s menacing sweater take their place on the toe box and midfoot panels. Drawing upon more influence from the serial slasher, a silver Nike Swoosh sets up shop on the side, a nod to the many blades that find themselves lining Kruger’s finger tips. Complete with green lacing, and a white outsole, these shoes are ones to watch out for! This was Kickasso Kustoms first time with a Kruger themed shoe, but we think he murdered it! Keep scrolling for more pictures down below, including a before and after shot with the original Nike SB Dunk “Marshal Amp.” 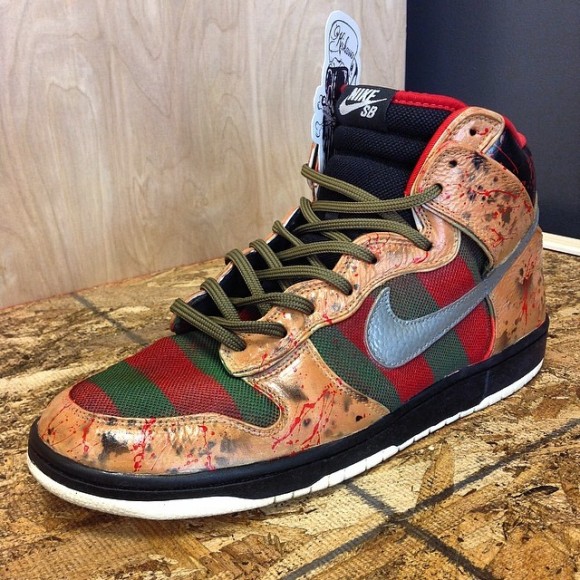 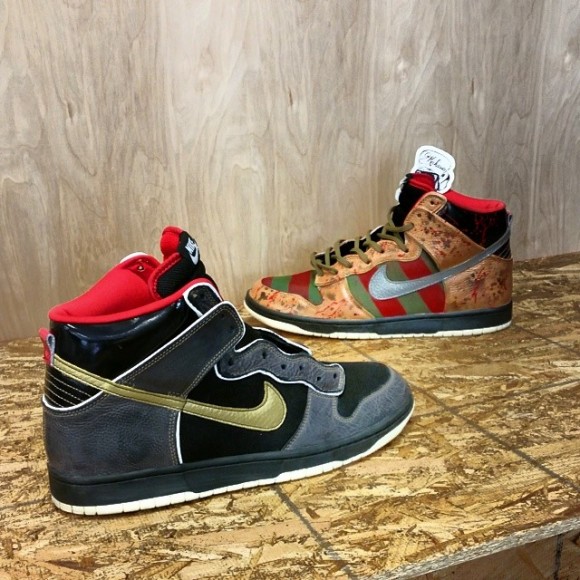