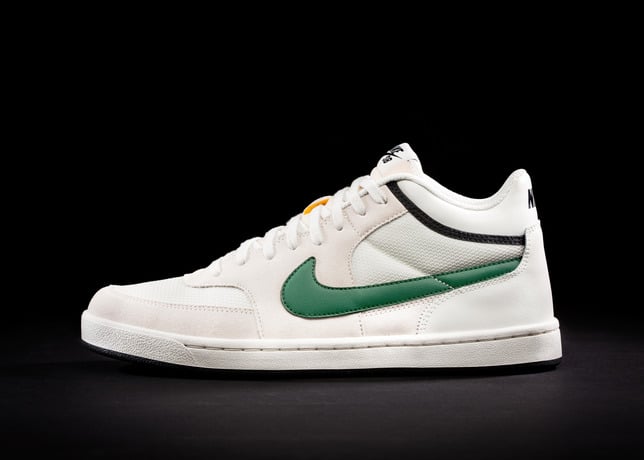 Having made its way to a number of retailers, the Nike SB Challenge Court Mid has been officially unveiled.

Aside from some technical tweaks and switching up the color—from the Challenge Court’s original red, white and blue to either white and tennis green or black on black—Gino kept the revamp minimal. He was originally drawn to the sneaker’s simplicity and, in his own words, “didn’t want to change anything except it slimming down and softening the outsole…little things like the tongue, the thickness of the interior and the colors… In my eyes the shoe was ready to go SB back in ’84.”

Back in ’84, Gino hadn’t even begun skating the streets of his native Long Island, New York. It wasn’t until about three years later that he began pushing—around the same time he began playing tennis, which he continues to do up to three or four times a week. Early on, his approach to both sports, and life in general, was influenced by the Challenge Court’s original ambassador: John McEnroe, the explosive, controversial and singular tennis legend who not only debuted the Nike shoe but also wore it while competing in and winning the Davis Cup, the Australian Indoor Championship, the Grand Prix Tournament in Tokyo and more.

“John McEnroe just didn’t care and he played with so much emotion,” Gino recalls. “He never held back and always spoke his mind. Tennis never saw that attitude until he came around. I admire how he did things his way and didn’t conform to anything. He stood for just being yourself, whether good or bad. There’s honor in that.” Just as McEnroe’s influential Nike advertisement proclaimed in the early ’80s, he was a “Rebel with a Cause.” Nike taps back into this iconic moment in the debut video for the Nike SB Challenge Court. Shot on the streets of New York City, it features Gino in the shoe, pushing from the renowned Corona Park tennis stadium (also a world-famous skate spot) in Flushing, Queens to Midtown Manhattan, passing and perturbing McEnroe along the way. Continuing to Times Square, Gino recreates the “Rebel with a Cause” poster imagery in its original spot, his determination and drive echoing that of the tennis great.

Just as McEnroe became a legend for paving his own path to greatness, Gino has emerged as a skateboarding legend due to his irreverent approach and inimitable style. He’s also more than a little humble, which makes him resistant to the label of “legend,” but the definition he provides of one attests to his own seminal status, because it describes him just as much as it does McEnroe: “Legends,” Gino says, “are ones who bring something special to whatever they do—something memorable, where they just stand out naturally for whatever reason.”

The Nike SB Challenge Court ramps up the original Challenge Court’s stability with a nylon mesh upper trimmed in full-grain leather, an integral arch sock liner and an extended ankle collar. The Variable Width Lacing System™ ensures a snug, comfortable fit. And the lightweight Lunarlon sockliner/midsole promises soft but still responsive full-foot cushioning that cuts down impact without giving up board feel. Plus, the two-color, bi-level hobnail cupsole helps skaters grip the deck for premium performance.

The Nike SB Challenge Court retails for $80 USD and is offered in multiple colorways. Available at select retailers and skate shops beginning August 23, 2012.

The short film was shot and directed by Jon Humphries and music is by John Patrick. 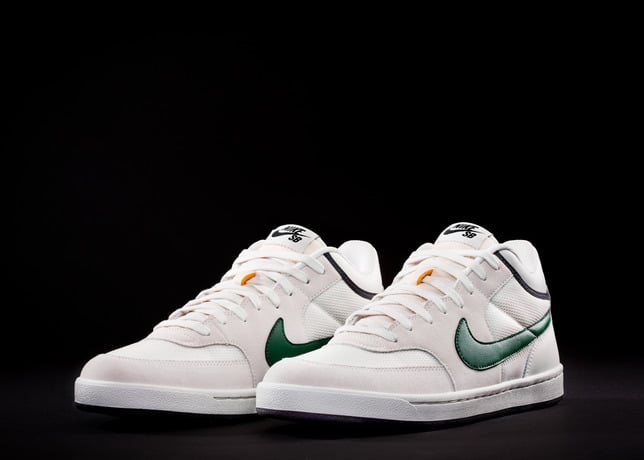 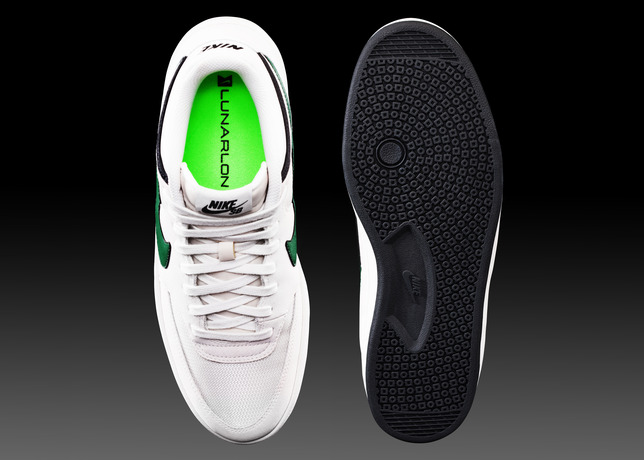