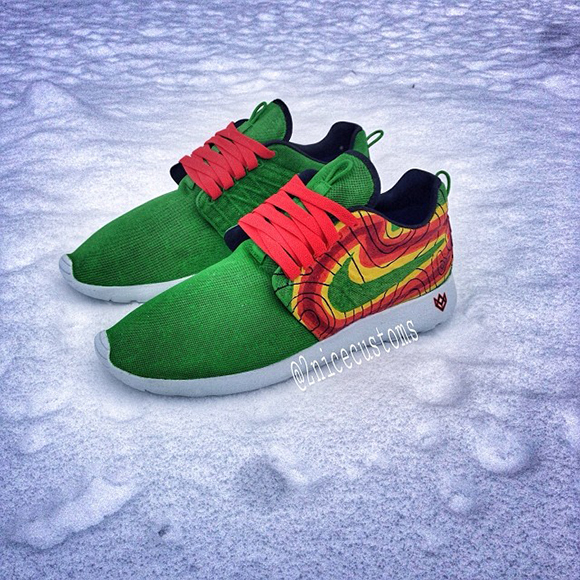 If you were a fan of the Roshe Run “Yeezy” edition that Nike even decided to drop, then you will probably like these customs by 2Nice Customs. These Roshe Run’s were decked out with one of the most popular Kevin Durant designs, the Weatherman. A vivid green takes on most of the upper including the entire front panel of the Roshe’s on top of a white sole with black inner lining inside of the kicks. Orange laces are tonal with the weather radar that takes on the entire back panel with the Nike Swoosh rounding it back out to the bright green. J.R. Smith insoles cap off a dope custom by the crew at 2Nice.

How do you feel about these “Weatherman” custom Roshe Run’s? Let us know in the comments section below and stick with Sneakerfiles for release dates on much more! 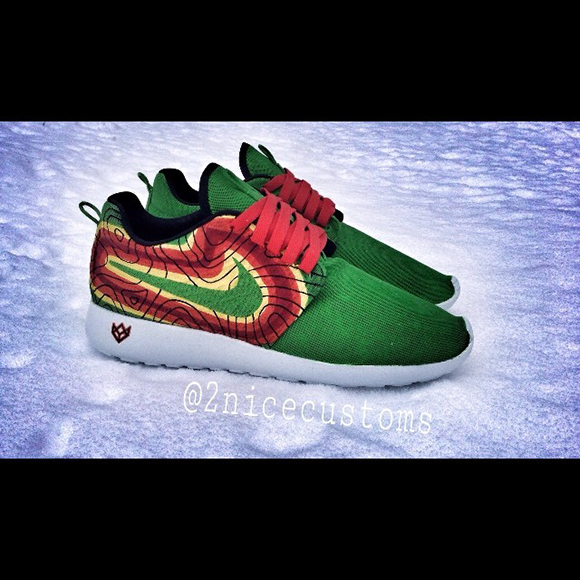 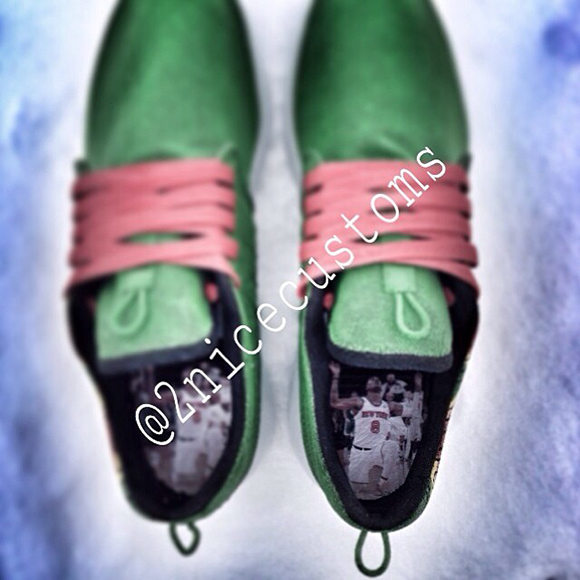