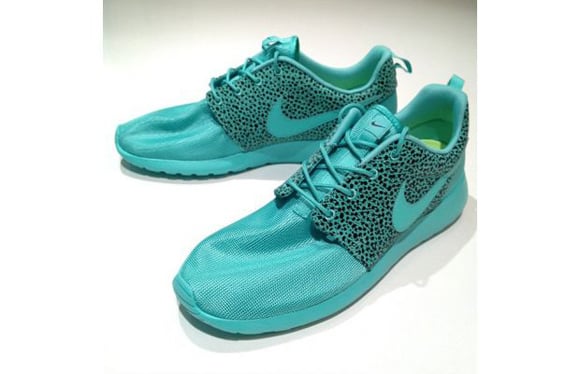 Nike’s Roshe Run has quickly became a favorite among many people and it has seen many makeup’s in a short span of time. For summer 2013 the Roshe Run has been given the Safari treatment. The sneaker sports an eye-catching Teal colorway on the upper and sole with the Safari pattern being seen on the side. Tonal laces are also utilized. The “Summer Safari” pair will be hitting select Nike retailers during the month of June.