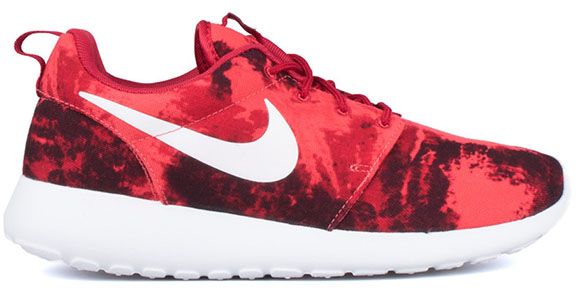 With the addition of various prints to the Roshe Run line, Nike has built an even stronger following of the shoes. While most have a theme to them, the new Roshe Run Print really doesn’t but still looks good.

Coming equipped with q solid white midsole and Swoosh, the uppers consists of mesh and multiple shades of red which give them a fire look.

If you’re interested in the Red Nike Roshe Run Print, they are now available at Bodega for $80. As of now, only size sold is an 8 but we don’t see them sitting for long.