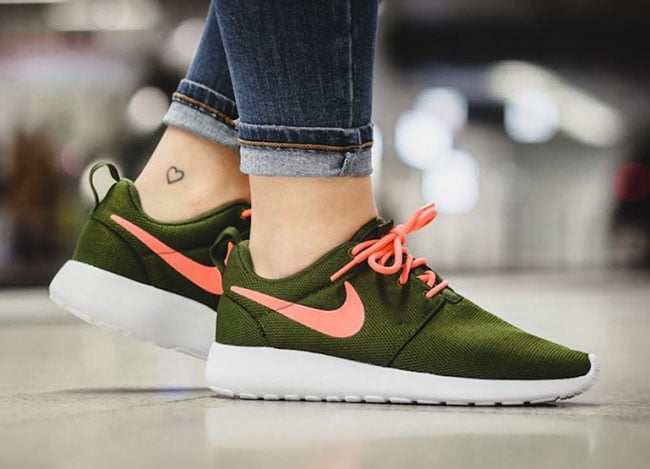 Getting more specific, this Nike Roshe One features a Legion Green, Lava Glow and White color combination. Across the uppers we have Olive Green while Lava Glow is applied to the Nike Swoosh, heel branding and laces for added pop. Completing the look, White runs across the midsole and extends across the outsole.

Below you can check out additional images of the Nike Roshe One Legion Green which will showcase how they look on feet. They are now arriving at Nike Sportswear retailers in women’s sizing like Afew. 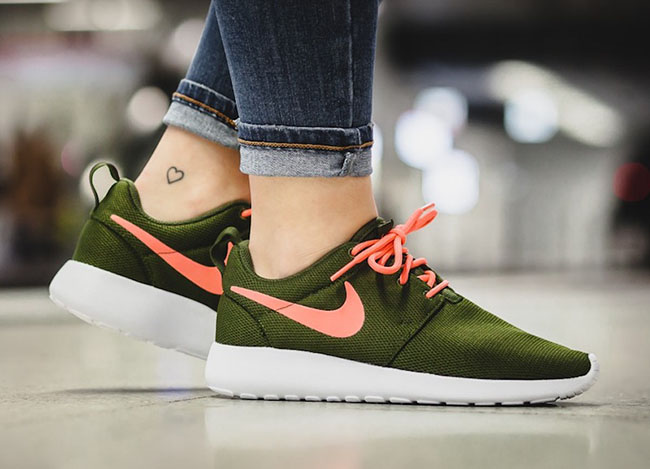 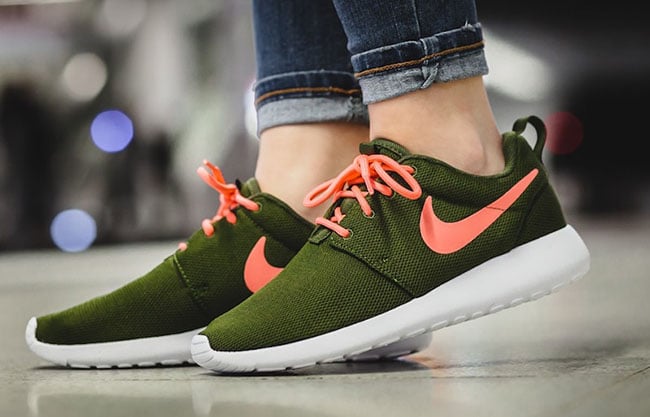 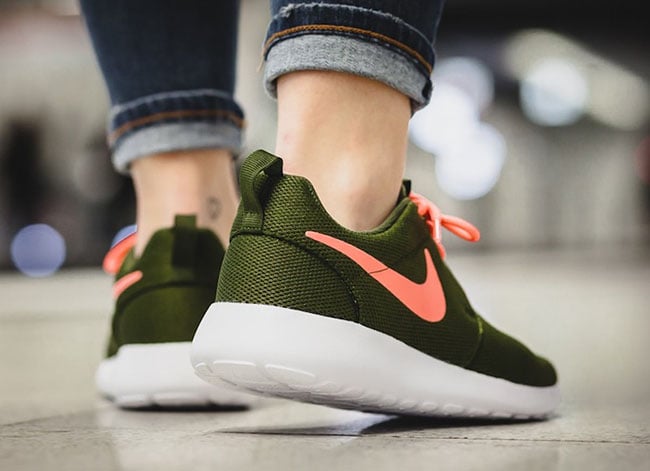