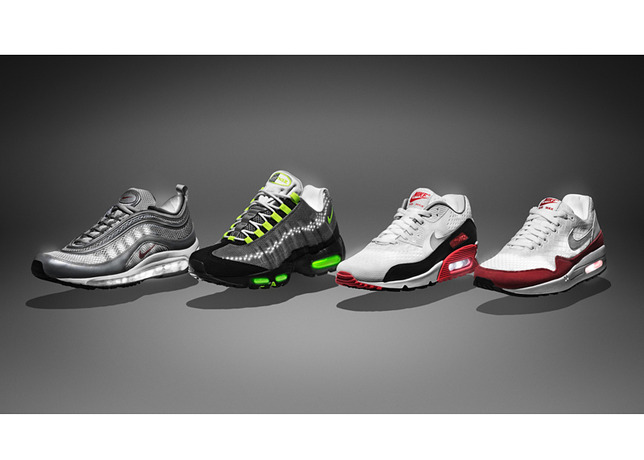 The Nike Air Max  1, 90, 95, and 97 are some of the most pined-after silhouettes that Nike has to offer. One would be hard pressed not to find a pair roaming the streets in major cities all over the world — whether they’re tied tightly to carry someone to a new PR or loosely laced under a pair of jeans. The Nike Air Max line redefined and transcended the look of sport to become a cultural movement. So when Nike designers started discussing ways to reinvent these iconic models, they didn’t take it lightly. How to re-imagine these classics while staying true to the sneakers’ timeless style?

Enter Nike Engineered Mesh: new proprietary mesh patterns that enhance the functionality while retaining the overall look of the original models. It enables both tight and loose perforation patterns to replace traditional color blocking, gradients and overlay placement. Originally used in performance running footwear, the varying perf patterns allow for “zoned” contruction: Tighter patterns are placed where durability is paramount while looser patterns are used where breathability reigns supreme. The result is a more breathable, flexible and durable Air Max family — lighter and leaner than ever.