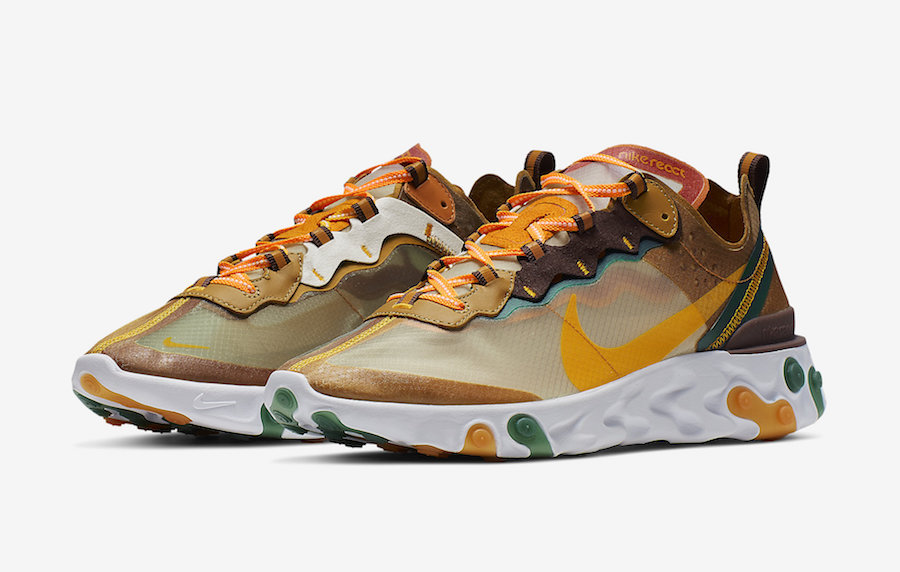 One of those, shown here features a translucent upper and while a Green tint lands on the medial side. Following we have Yellow used on the Swoosh logo and 3M Reflective accents applied to the Orange laces. In addition we have Brown and Purple detailing while a White React midsole completes the look.

Continue to scroll below to check out more images of this React Element 87 which will provide you with a closer look. So far this pair is scheduled to release in Asia on April 27th while a wider release will take place soon on Nike.com. Retail price is set at $160. 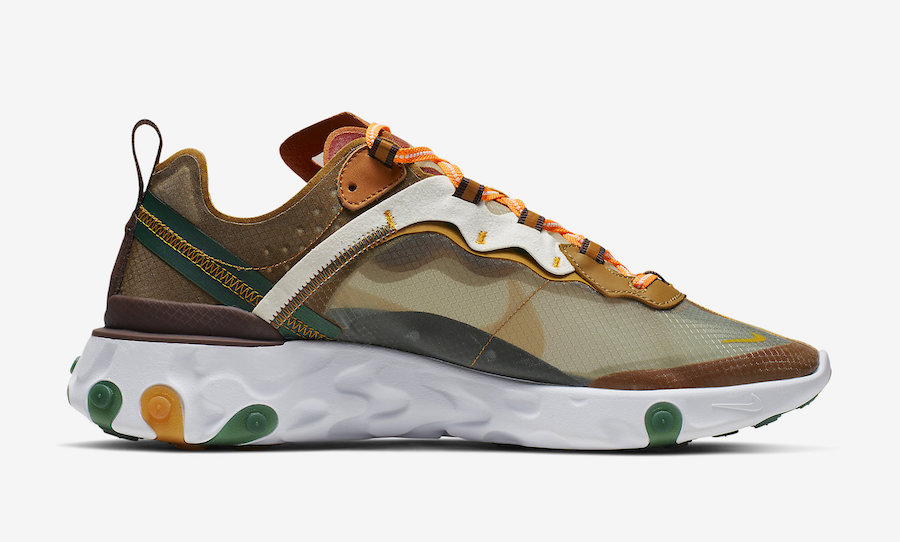 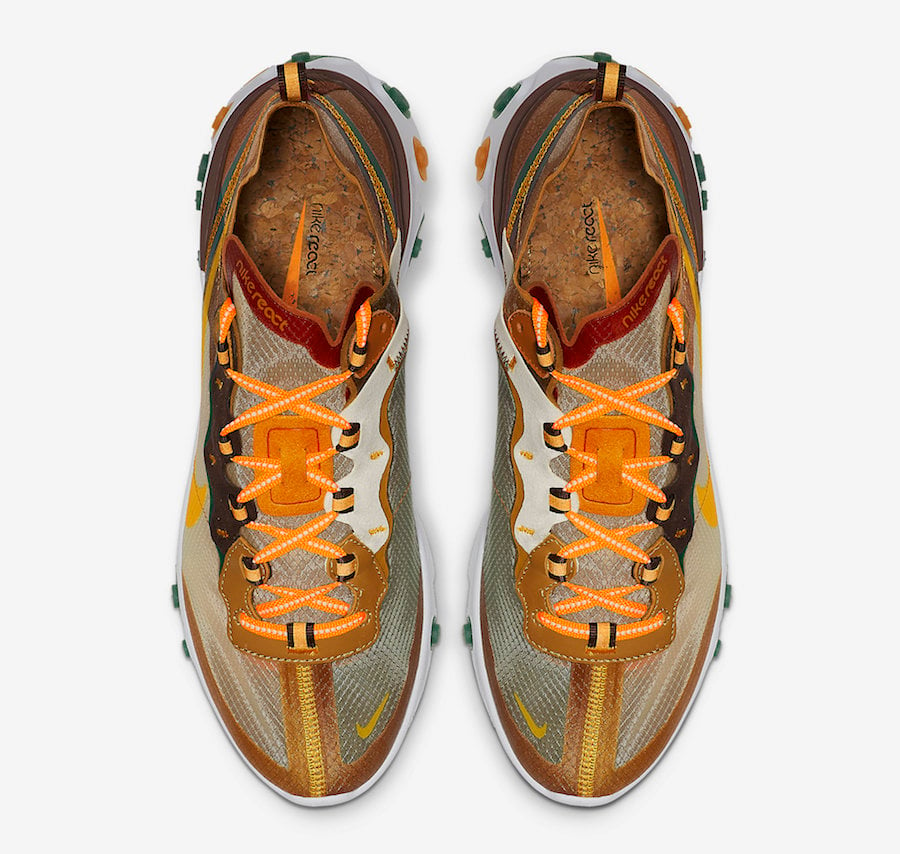 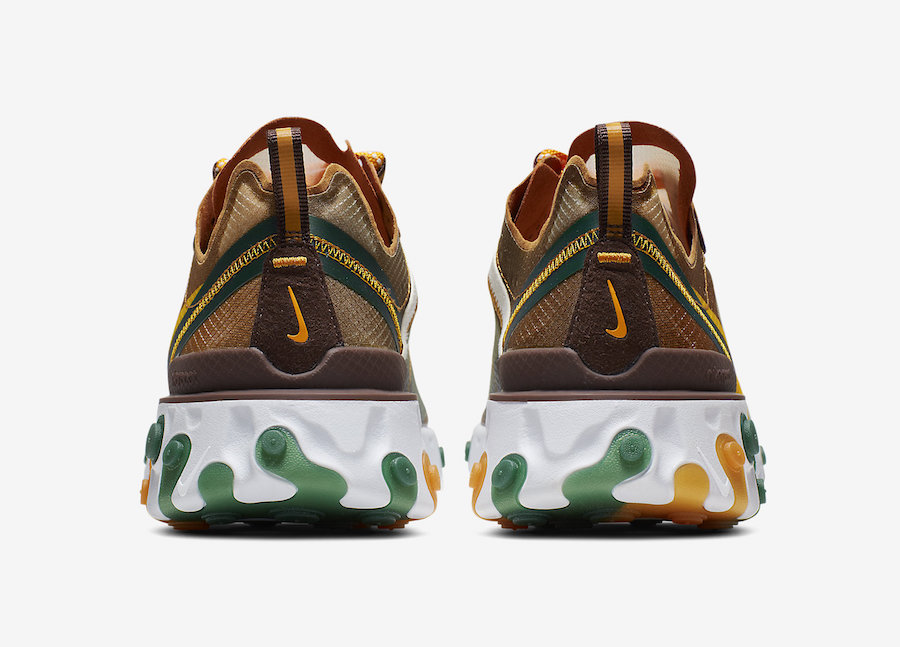 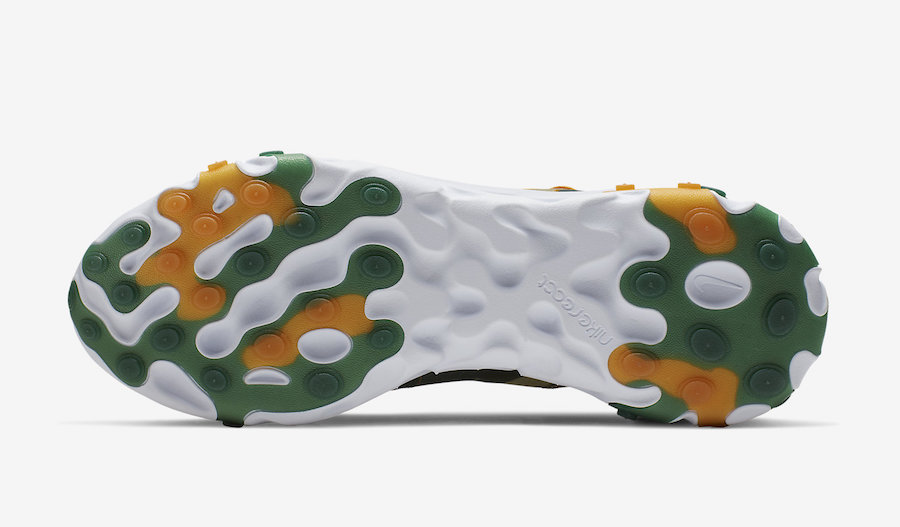 Image Source: On The Spot