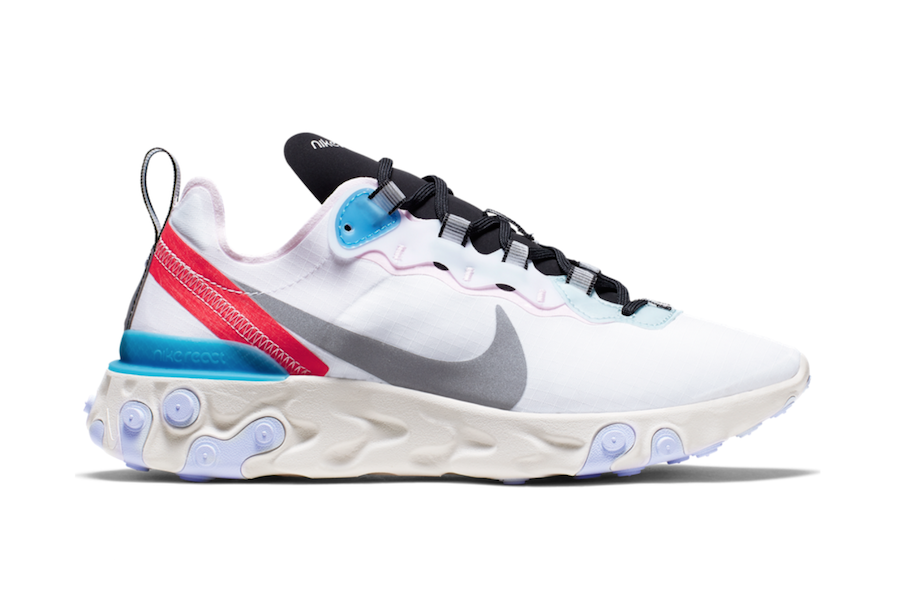 Nike has now started to release a new React Element 55 for the month of August which is a women’s exclusive and comes highlighted in ‘Blue Hero’.

This Nike React Element 55 comes dressed in a White, Silver, Phantom, Blue Hero, Red Orbit and Half Blue color combination. Utilizing Off-White across the upper while both Blue and Red accents are spread throughout. Black runs across the tongue and laces while Silver is placed on the Swoosh and a White React midsole completes the look.

For those that are interested in the Nike React Element 55 ‘Blue Hero’, they released today, August 1st at select retailers including online at Nike.com. Retail price is set at $130. Continue to scroll below to check out more images which will give you a closer look.