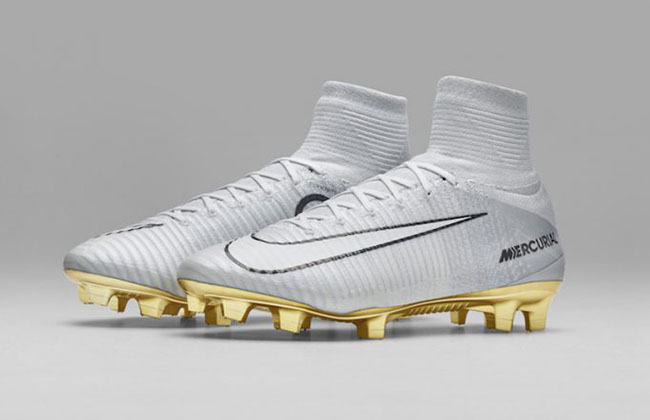 The “Vitórias” boot upper and its signature speed ribs feature a stylish Pure Platinum upper with a subtle blue metallic shine and an elegant fade from heel to toe. The Metallic Gold plate is a nod to the gold trophies Ronaldo won this year and the heel graphic reads “Vitórias,” Portuguese for victories. The CR7 logo and Swoosh are further highlighted by an iridescent shimmer.

Only 777 pairs of individually numbered Nike Mercurial Superfly CR7 Vitorias will be available via Nike and other select retailers in early 2017. Once we have more information for you, we will make sure to update. For now, check out more images below which will give you a better look. 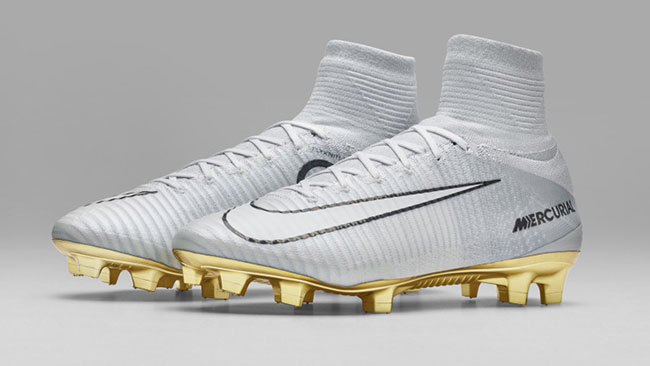 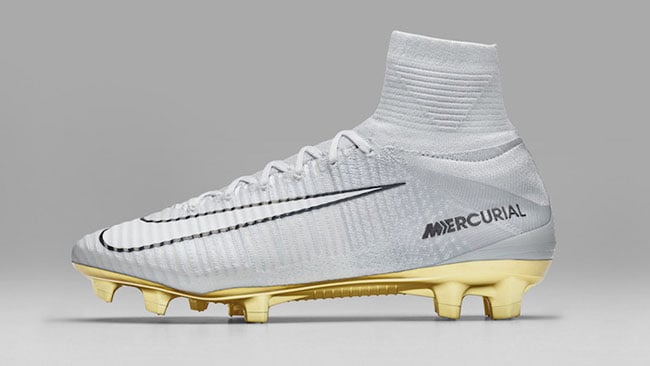 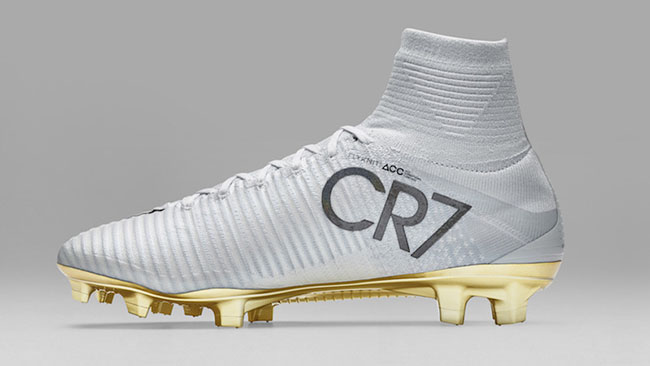 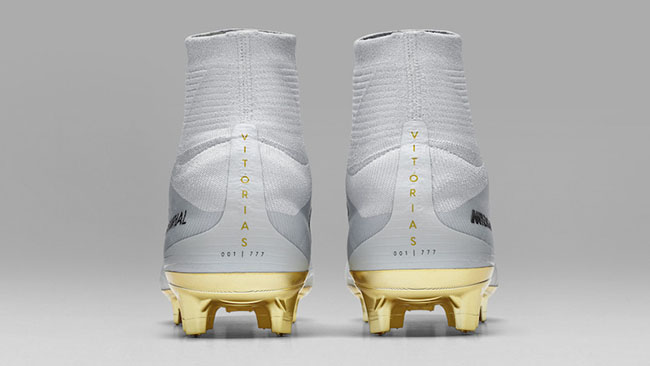 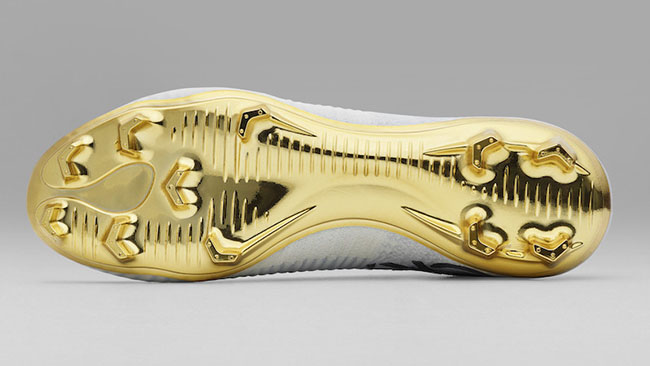