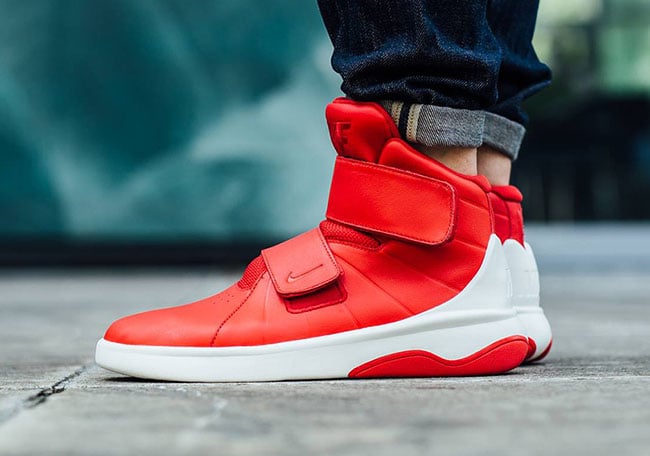 After a brief delay in releases from the Nike Marxman, Nike Sportswear will introduce a few new color schemes for Spring. The latest that is starting to debut is the Nike Marxman ‘University Red’.

You may remember the introduction of the Nike Marxman which took place during All Star weekend which dropped in two limited color schemes but now the brand is bringing the shoes back to retailers once again in simple mashups. Using University Red through the leather uppers along with the dual mid-foot straps and hinted on the outsole. The finishing touch is White running through the midsole.

You can get a closer look at the ‘University Red’ Nike Marxman by scrolling below which showcases how they look on feet. As of now, they are starting to release at Nike Sportswear retailers overseas like Titolo. Expect additional locations as well as in the states to have them in the coming weeks. 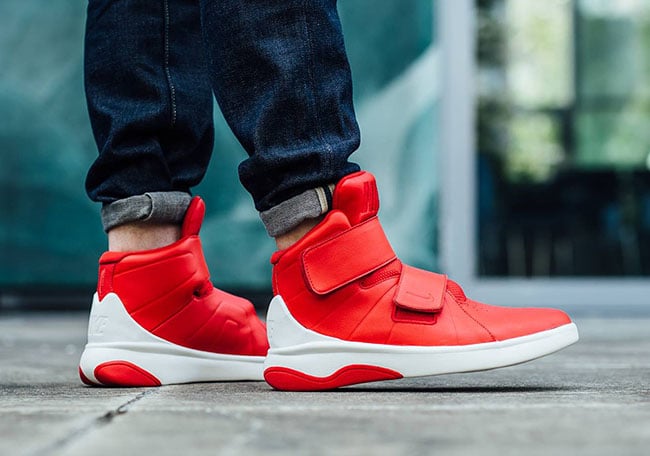 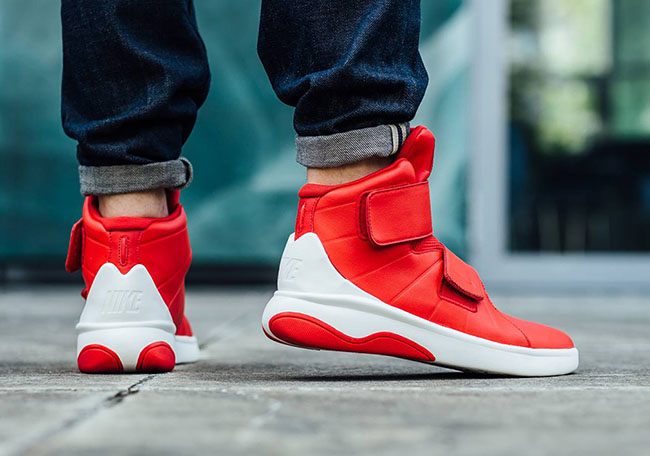