HomeNikeNike Mag 2011 Back For The Future Commercial

Nike Mag 2011 Back For The Future Commercial

What was once a dream, is now becoming a reality. The Nike MAG that was featured in the movie “Back to the Future II”, is at last, going to release after twenty-two years since the premiere of the movie. They have a light inside the sneaker as seen in the “Back For The Future” commercial on YouTube. In this commercial, Kevin Durant is shown the Nike MAG and is really impressed with the four hour rechargeable light featured in the sneaker. Also, Christopher Lloyd makes a surprise appearance in the famous, time-defying, DeLorean.

As far as purchasing this futuristic sneaker, Nike is only producing 1500 pairs on eBay, limited to 150 per day to donate to Michael J. Fox’s Parkinson’s disease charity. Therefore, these will definitely not be cheap. There is already a pair up for auction that is at an upwards of $75,000 with about a full day left of bidding. 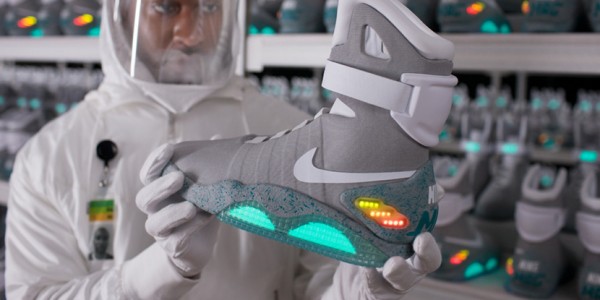