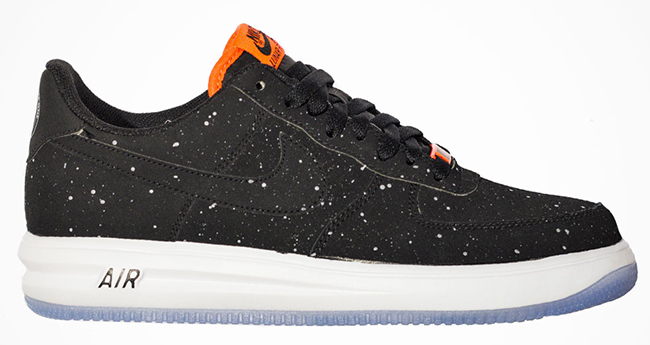 This Summer Nike Sportswear will release the Nike Lunar Force 1 Splatter Pack which consists of two pairs of the Lunar Force 1 with paint splatter through the uppers.

As you can see, the base of the shoes feature either black or midnight navy. Through the uppers is a white paint splatter overlay, white midsole and translucent outsole. The black model is set apart by the use of hot lava on the tongue and lace jewel.

The shop that listed them which is based overseas has the Splatter Nike Lunar Force 1 pack pegged for an August 1st, 2015 release. The release isn’t concreted in, but at the minimum expect both pairs to launch around late July to early August.