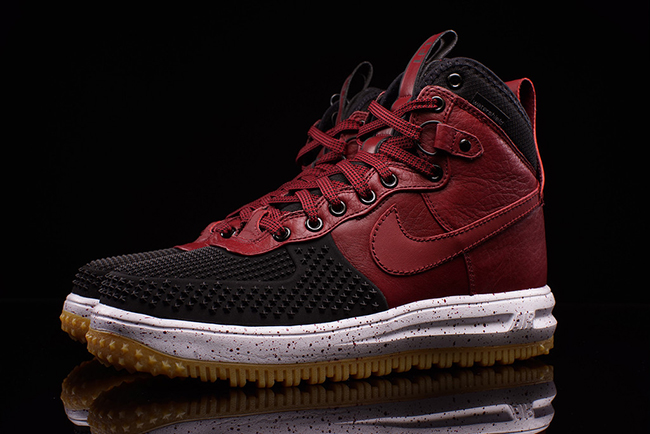 Built to combat the stormy weathers from the inside out, this actually marks the third pair to release in the past month. Dressed in black, team red and gum light brown, the leather overlays feature red. Following is black around and on the toe box with a studded finish. Other highlights include a gum outsole, white midsole with speckles and D-Ring boot eyelets.

More photos of the ‘Team Red’ Nike Lunar Force 1 Duckboot are shown below and will show you how they look on feet. They are also starting to release at Nike Sportswear shops throughout the States including Extra Butter. Retail price is set at $165. 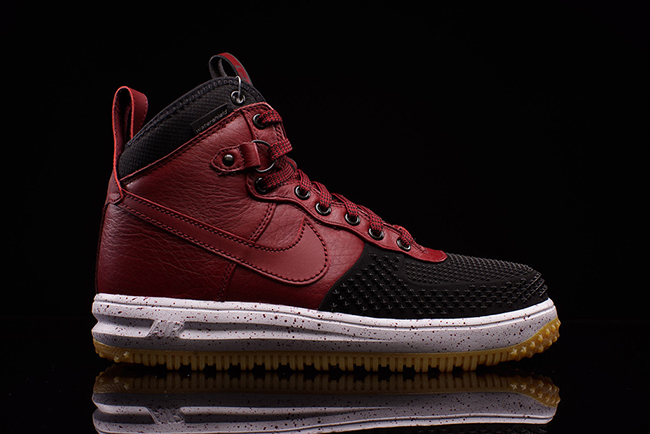 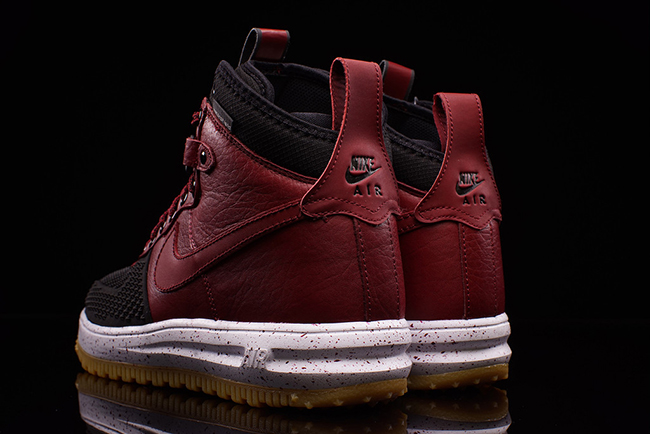 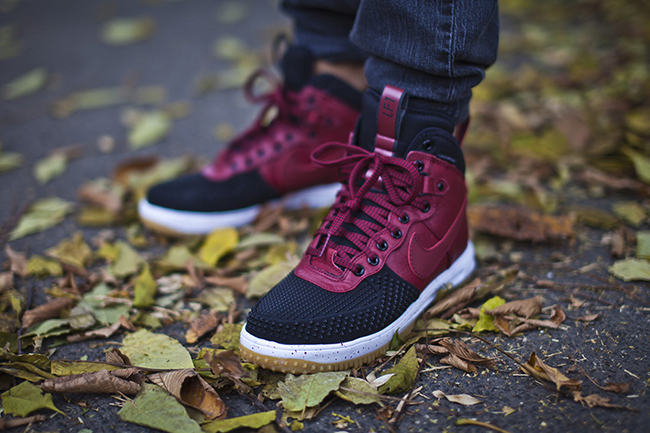 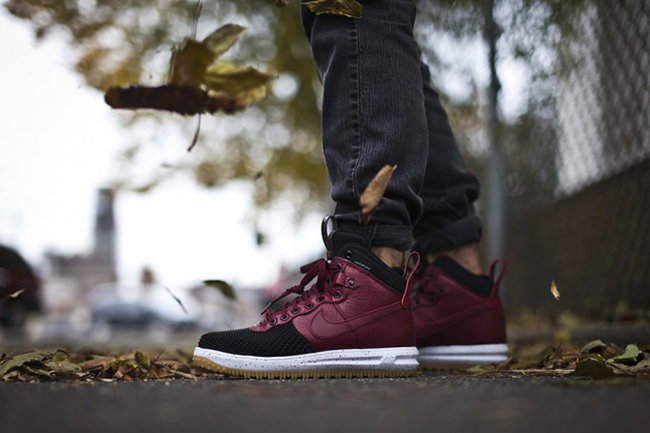 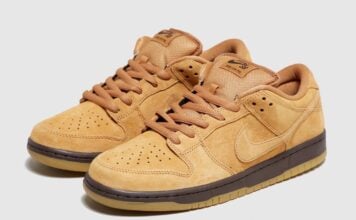