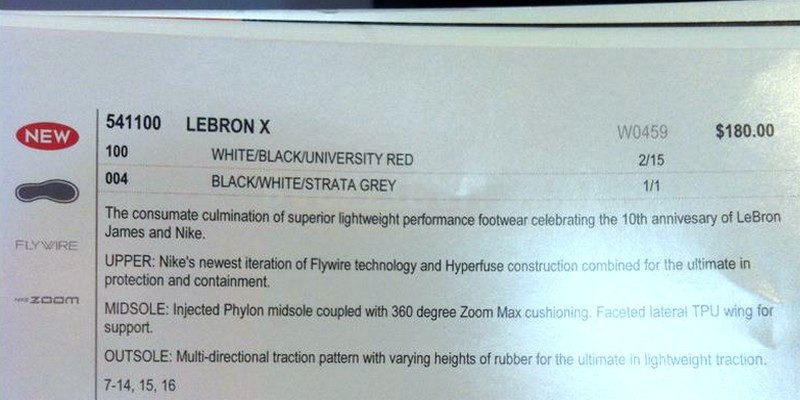 First previewed back in May, we now have concrete info on the tech specs of LeBron’s 10th signature sneaker, the Nike LeBron X.

Due for a release during the 2012-2013 NBA Season, the reigning MVP’s newest piece of footwear will feature a lightweight Hyperfuse and Evolved Flywire upper alongside a Phylon midsole, a unique 360 Zoom Max cushioning unit and a TPU support wing.

Set to retail for $180, a Black/White-Strata Grey colorway is set for a January 2013 release while a White/Black-University Red colorway will follow in February.