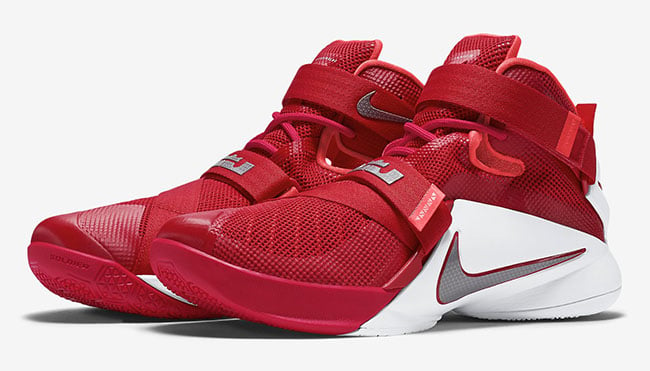 Another Soldier 9 will start making it’s way to retailers. Known as the Nike LeBron Soldier 9 Ohio State which shares the same colors as the college.

Featuring red mesh through the uppers as well as being draped across the straps. White will be used on the Hyperposite seen on the sides, with silver filling in the swoosh and LBJ branding.

Take note that this LeBron Soldier 9 isn’t officially tied to Ohio State, as there is no branding from the school. Simply a nickname due to the color scheme and location.

You can get a detailed look at the ‘Ohio State’ Nike LeBron Soldier 9 below. A release date is not available just yet, however you can expect them to show up at Nike Basketball accounts in the next few weeks or so, give or take. 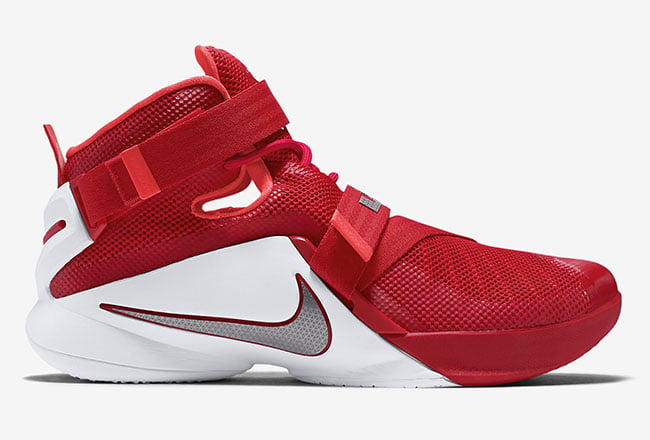 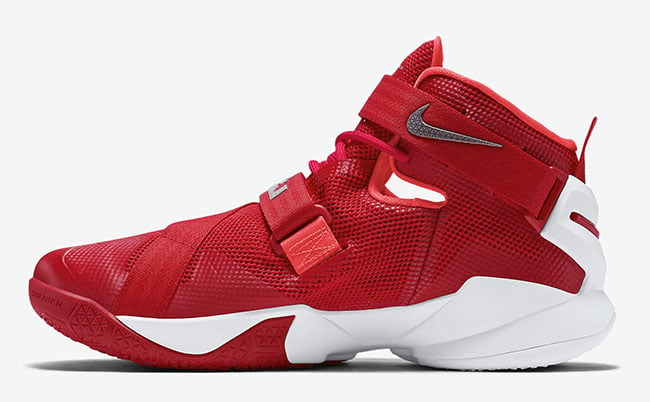 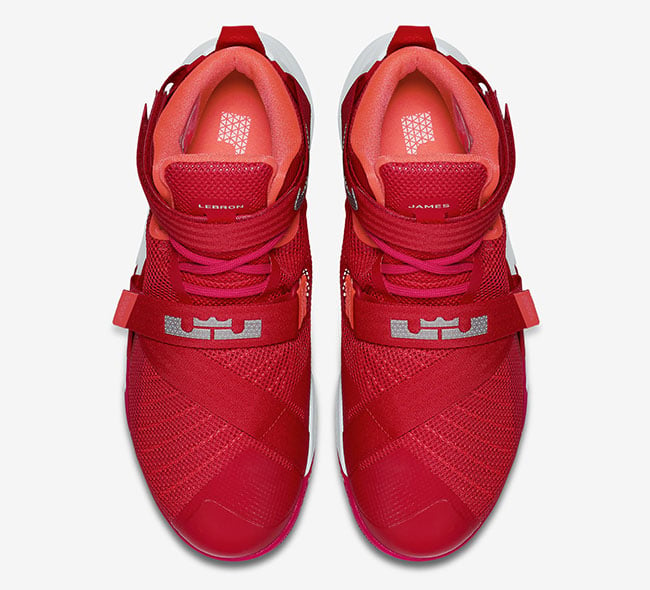 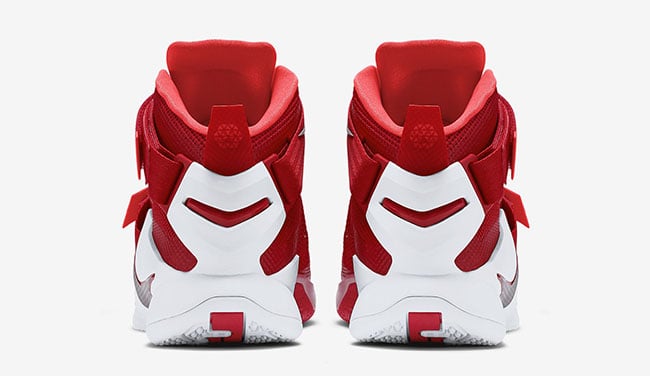 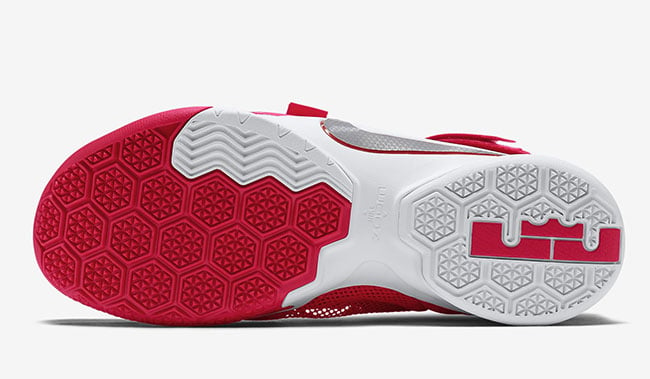