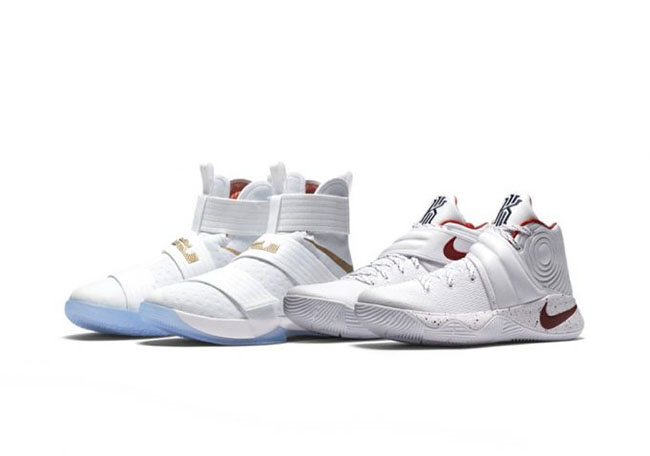 Game 6 for LeBron James, Kyrie Irving and the Cleveland Cavaliers was a huge game. They managed to tie the series with the Golden State Warriors 3-3. We all know what happened next and Nike Basketball continues to celebrate the iconic comeback.

Earlier, Nike Basketball showcased the latest ‘Four Wins’ Pack with what the two All Stars wore in Game 6 known as ‘Unbroken’. Once again, the Championship Pack consists of the Nike LeBron Soldier 10 and the Nike Kyrie 2. As you can see, predominate White is used throughout while Red accents are also spotted. The LeBron Soldier 10 will also feature Metallic Gold accents and a translucent outsole.

Select Nike Basketball retailers have released the Nike Basketball Game 6 Champ Pack known as ‘Unbroken’ today. Retail price is $300. While the stores have sold-out, you can still find pairs available on eBay. 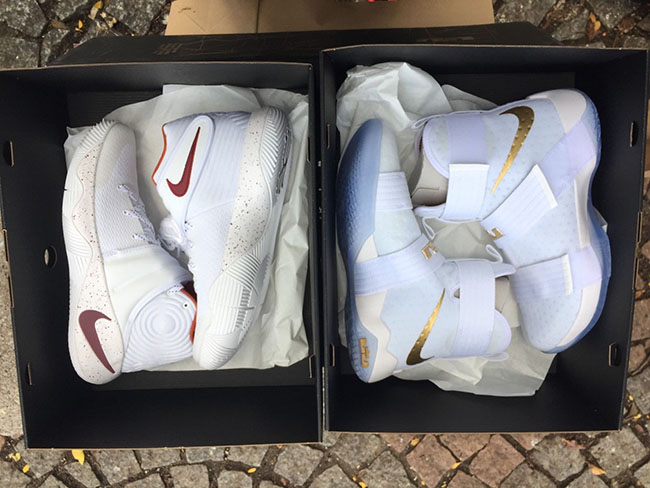