A young player (at the time 18 years old) in the NBA, Lebron James starting his career out needed a good sneaker. As we know Nike signed the very talented athlete. Lebron’s first shoe was the Nike Air Zoom Generation, also known as the LBJ I released right before the 2003-2004 NBA Season.

The Air Zoom Generations featured Zoom Air in the heel and forefoot, giving you a comfortable wear each and every time you slipped them on. Another plus for the LBJ 1 they are really light weight. Even though the Nike Air Zoom Generation did not win basketball shoe of the year, (the Nike Vince Carter III won) they sure were many people’s favorites.

The first pair of Nike LBJ I were nick named the “First Games”. The color way was limited and retailed for $115, but it was hard to find a pair after the release for less than $200. 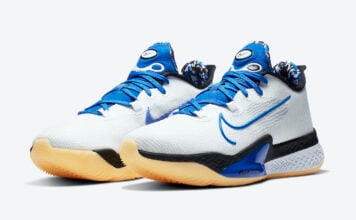