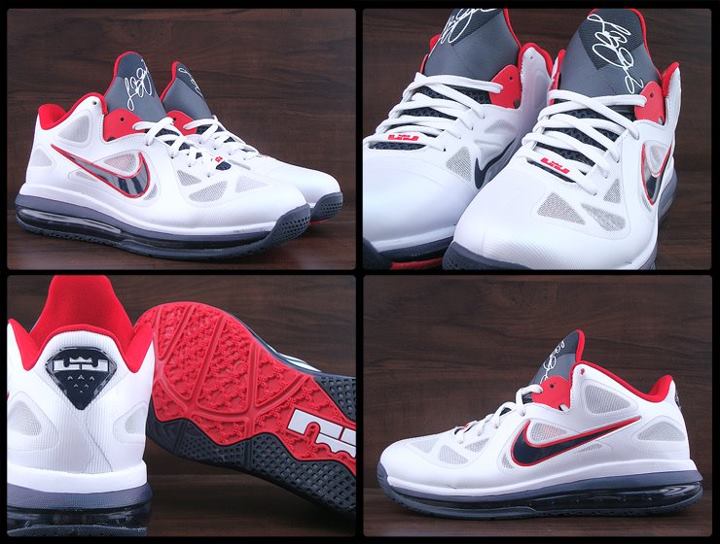 Today also brings the latest look at the upcoming “USA” version of the Nike LeBron 9 Low.

Coming to Nike Basketball retailers this Summer in time for the 2012 Summer Olympic Games, the kicks feature a white Hyperfuse upper with hits of blue on the Swooshes, heel tab, tongue, midsole, 360 Max Air unit and rubber outsole while red also appears on the outsole, lining, midfoot harness, crown logo and Swoosh outline.