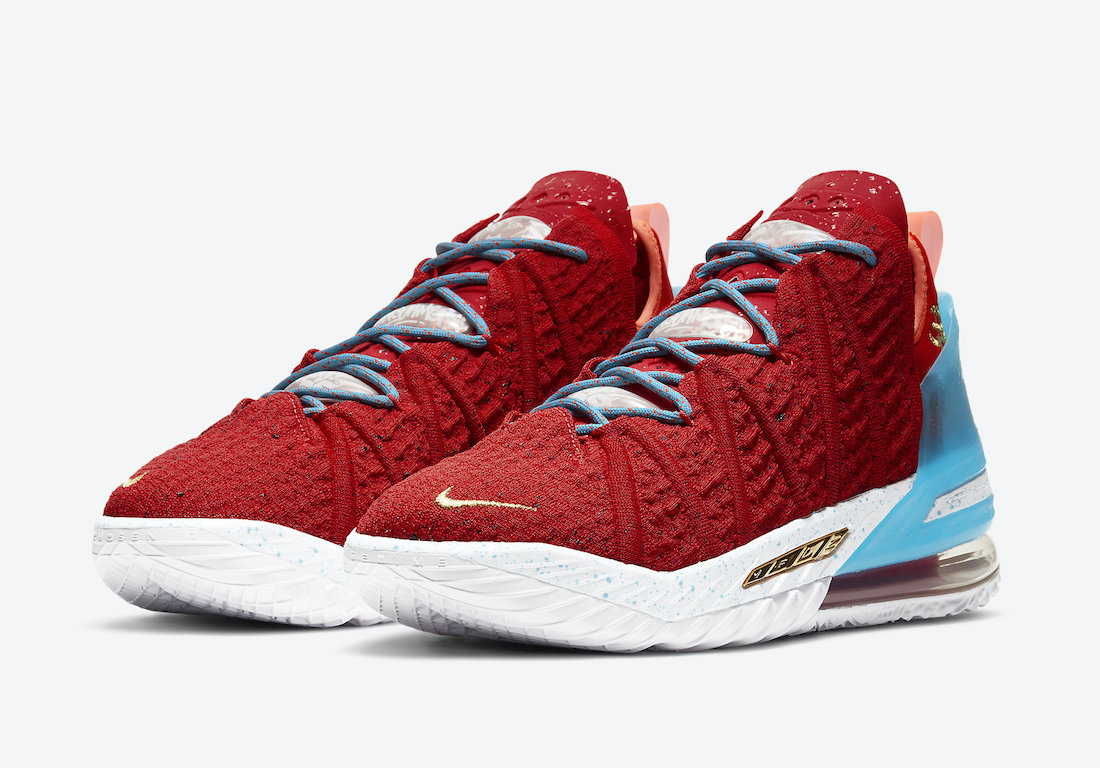 Nike Basketball and LeBron James will launch a special iteration of the LeBron 18 for Chinese New Year. Furthermore, the pair is inspired by ‘Gong Xi Fa Cai’ – which is an expression that wishes prosperity and is commonly said every Chinese New Year. Furthermore, the two have connected with 400ml_Brand, a graffiti creative unit in China, resulting in the Nike LeBron 18 ‘Gong Xi Fa Cai’ iteration.

Looking closer, this Nike LeBron 18 comes highlighted with Red across the upper that represents celebration. On the Blue translucent TPU, we have water droplets that also extends across the White midsole. Next, ‘Gong Xi Fa Cai’ comes in a graffiti design while the shoes imply ‘getting out when you encounter water.’ The ‘Gong Xi Fa Cai’ pattern lands on the insoles that form window grilles, and the LeBron logo is upside down, representing ‘the king is coming.’ Finally, the tongue has Air technology along with a fish scale meaning ‘more than every year.’

You can expect the Nike LeBron 18 ‘Gong Xi Fa Cai’ to release at select retailers in China and Nike.com on February 6th. Continue to scroll below for more images that will give you a closer look. 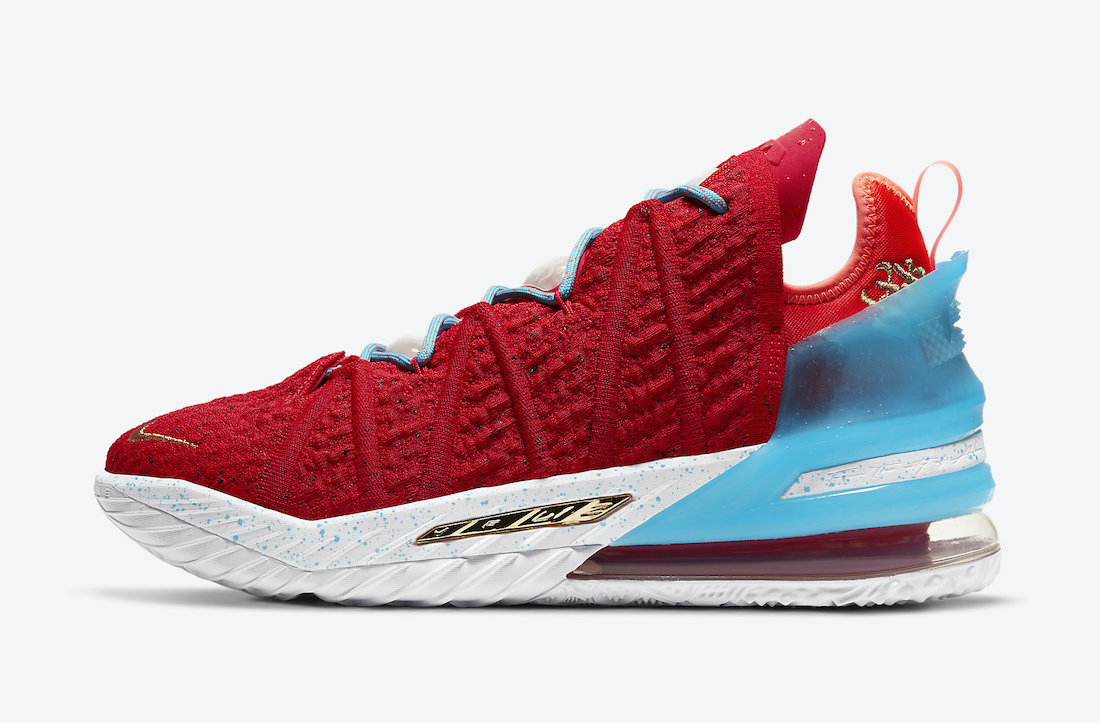 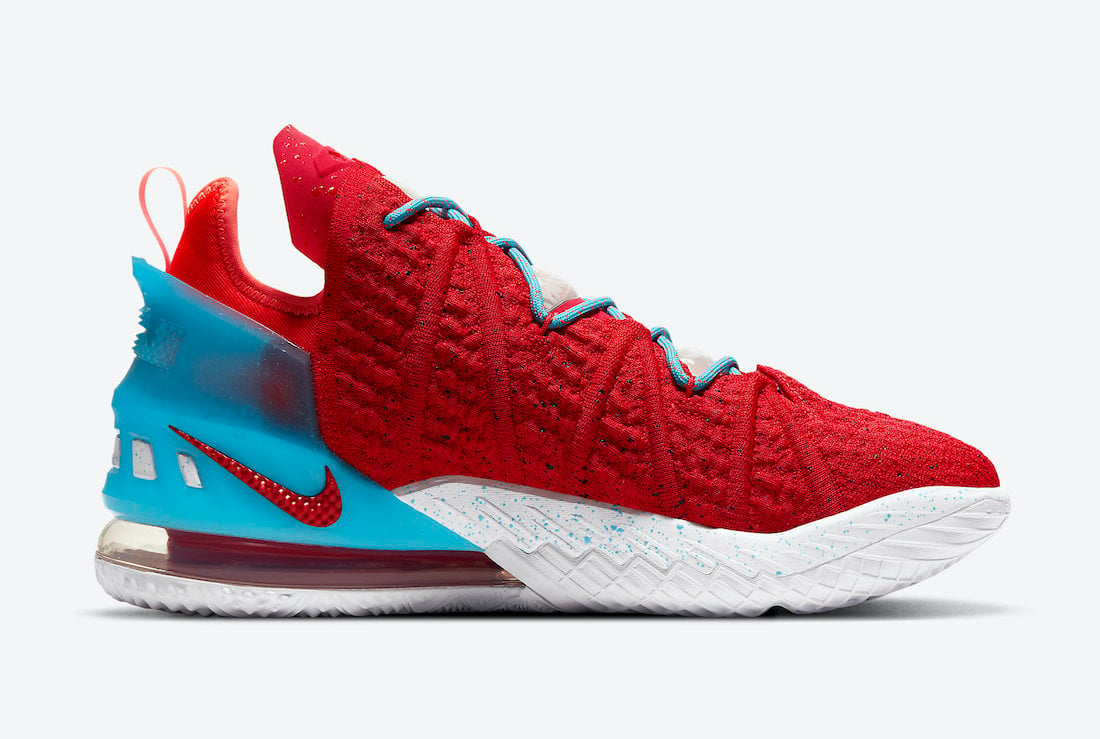 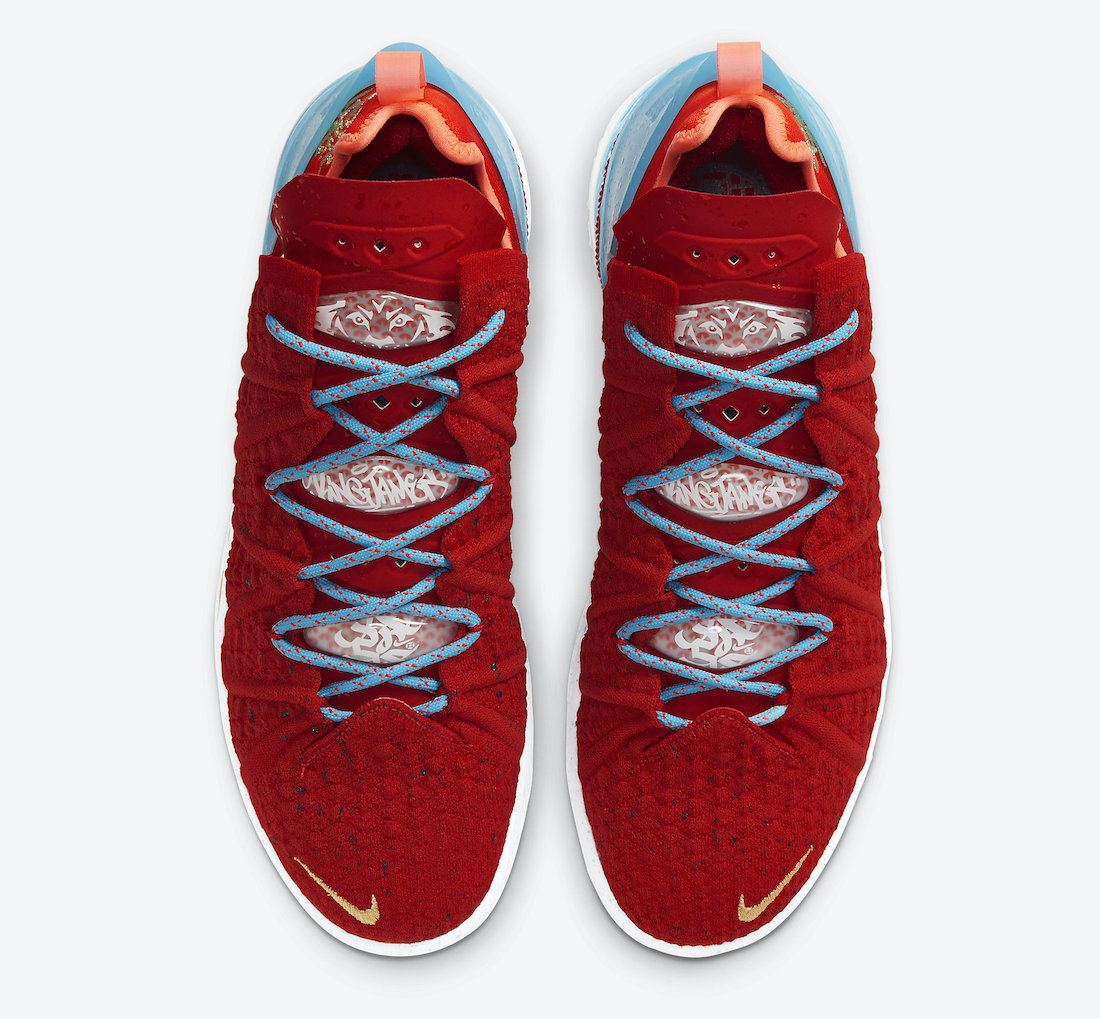 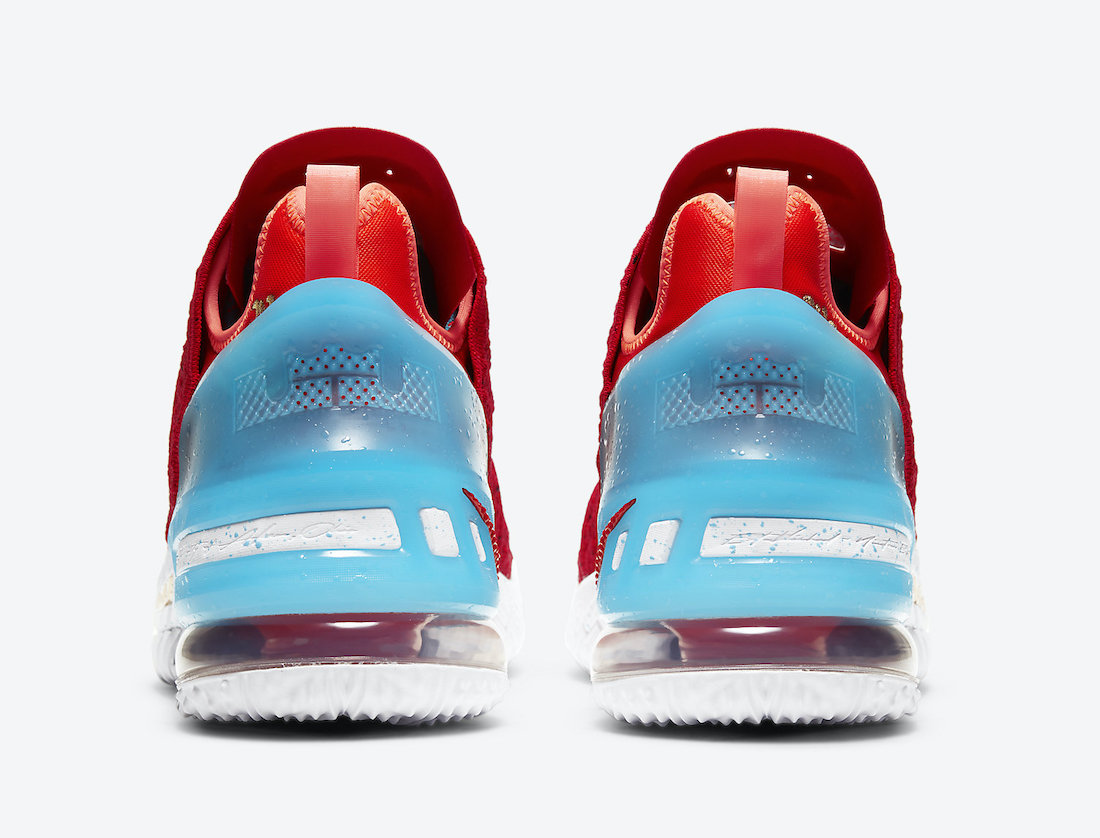 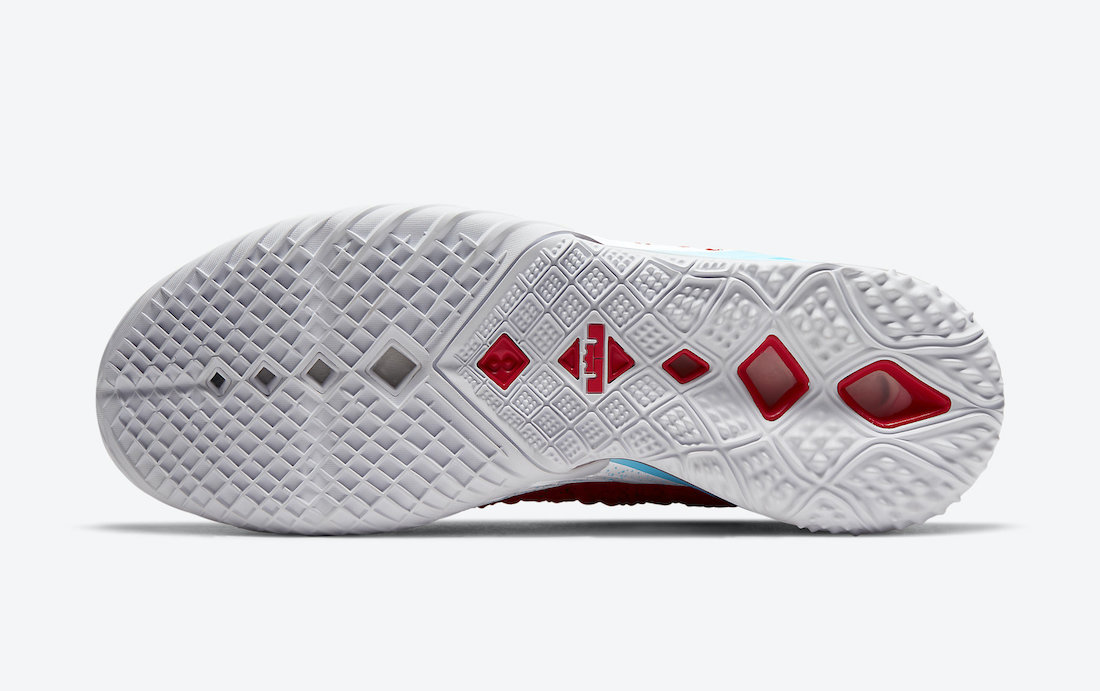 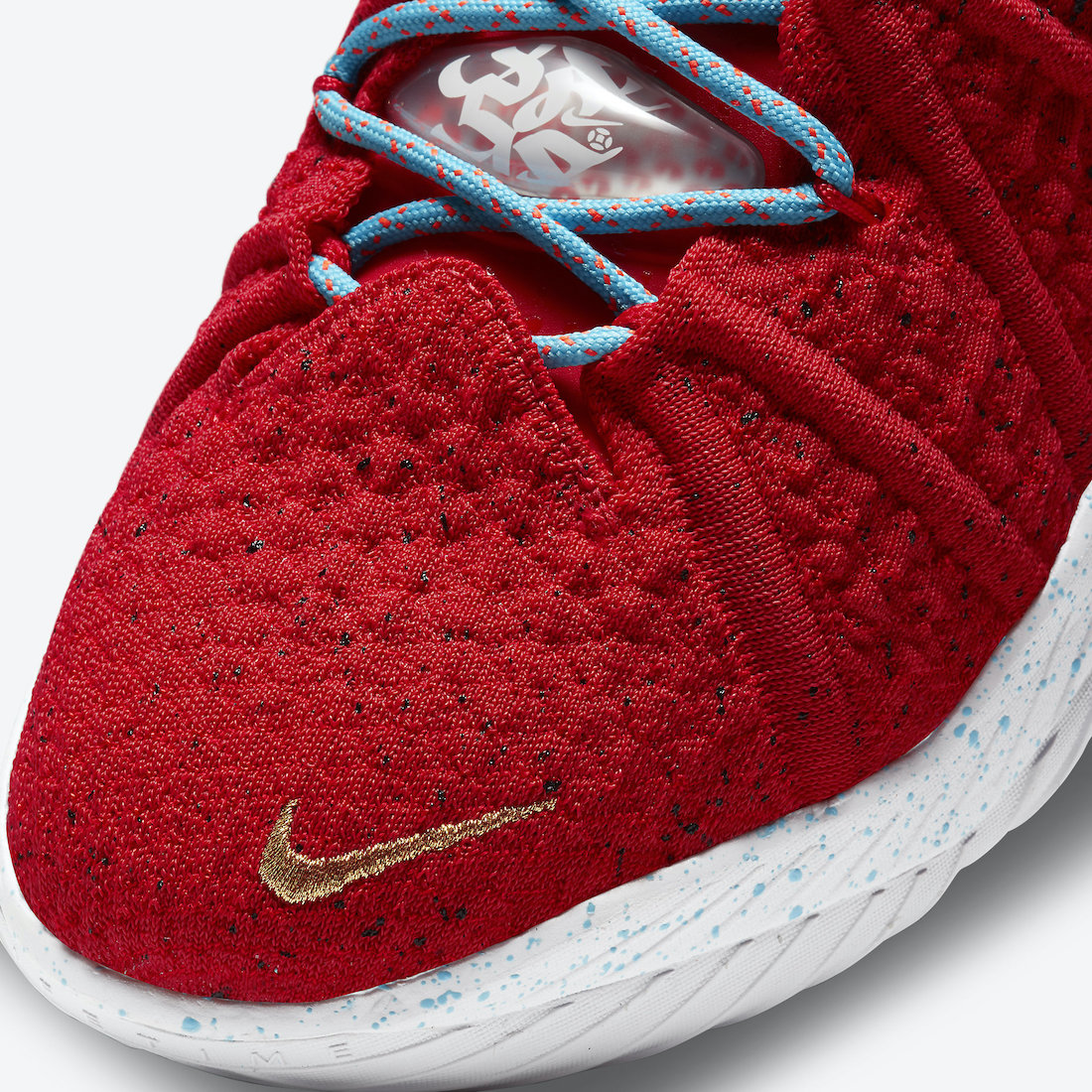 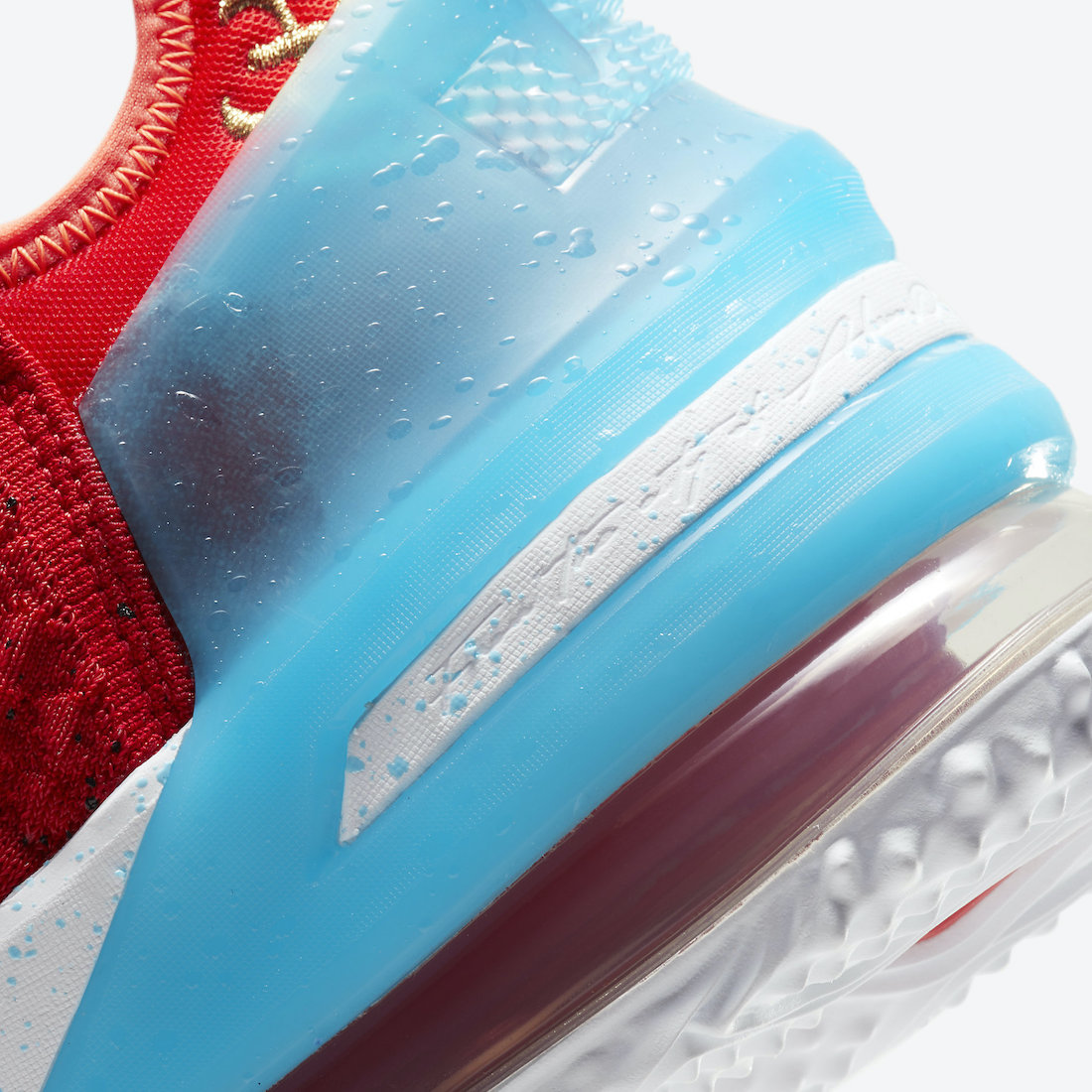 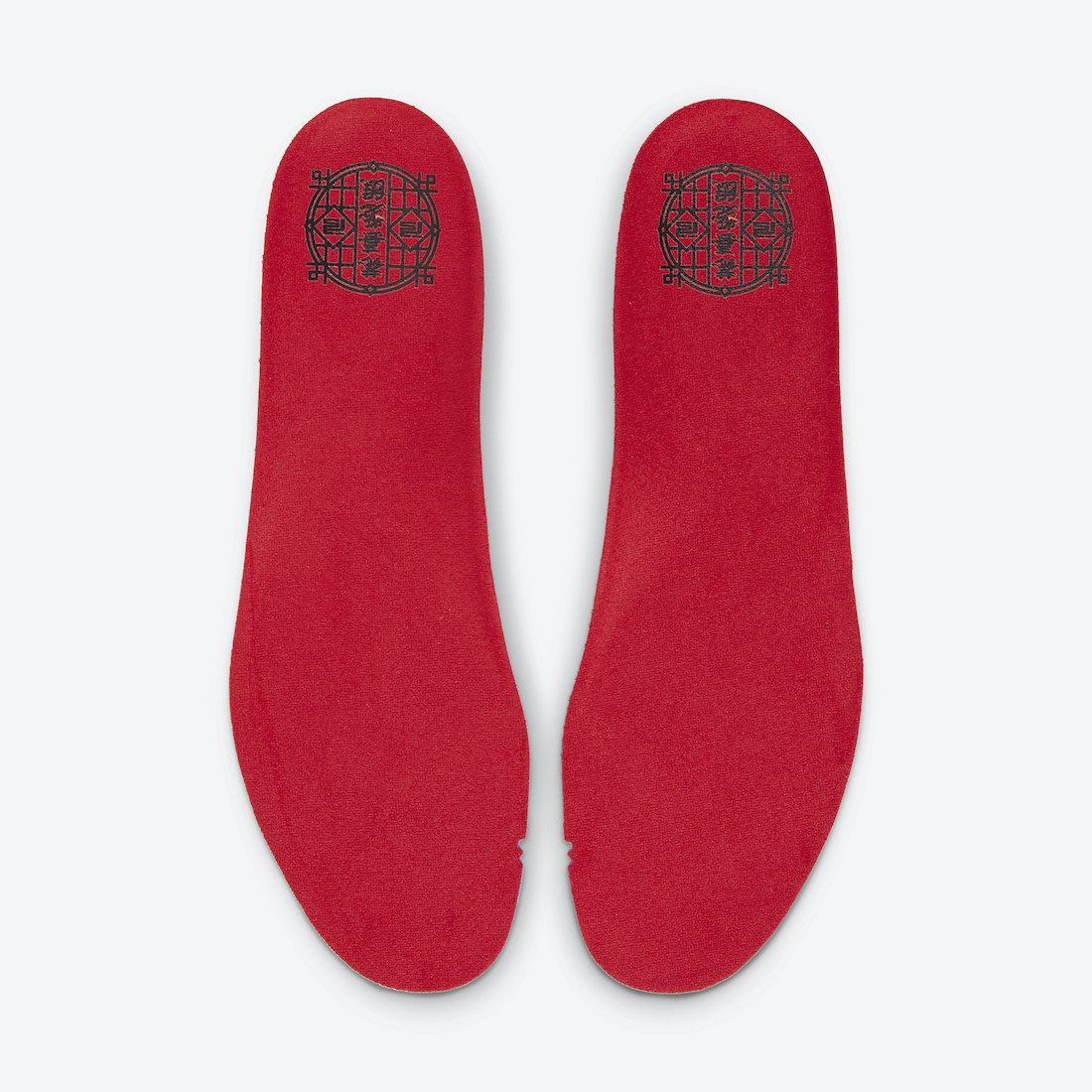