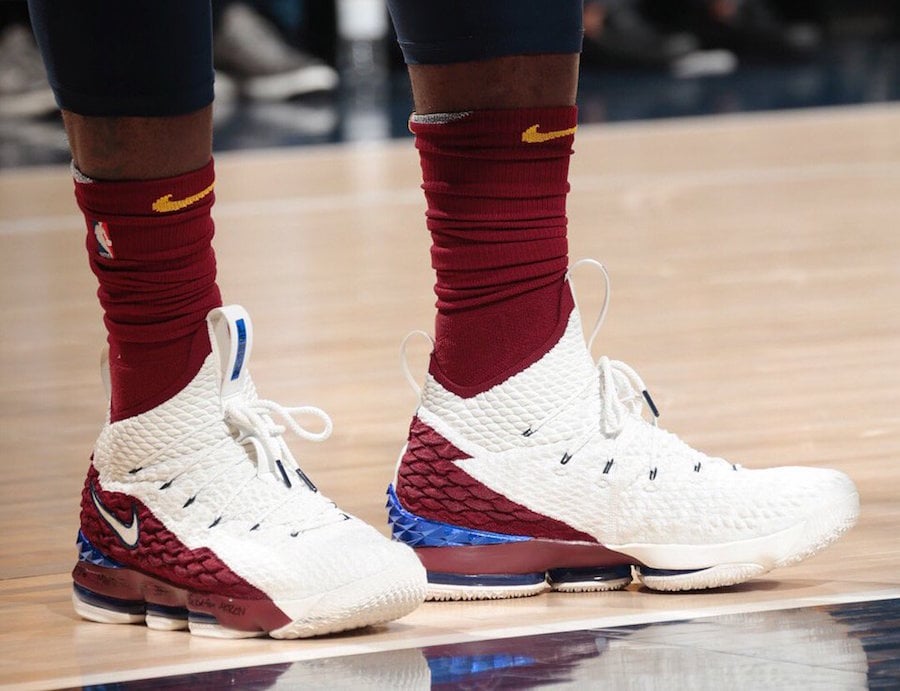 During Game 3 of the 2018 NBA Playoffs, LeBron James wore the Nike LeBron 15 ‘First Game AZG’ against the Indiana Pacers.

This Nike LeBron 15 features similar color blocking of the Nike Air Zoom Generation ‘First Game’ which we saw re-release during January 2017. LeBron wore that pair during his fourth game, but his first Cavs home game. Featuring Cleveland Cavalier colors, White and Red covers the uppers while Blue wraps the heel.

At the time of writing, it isn’t known if this pair will release or stay an exclusive to LeBron James. However he did confirm that the ‘Red Diamond Turf’ will release during the Summer. Below you can check out more images and let us know your thoughts in the comments section. 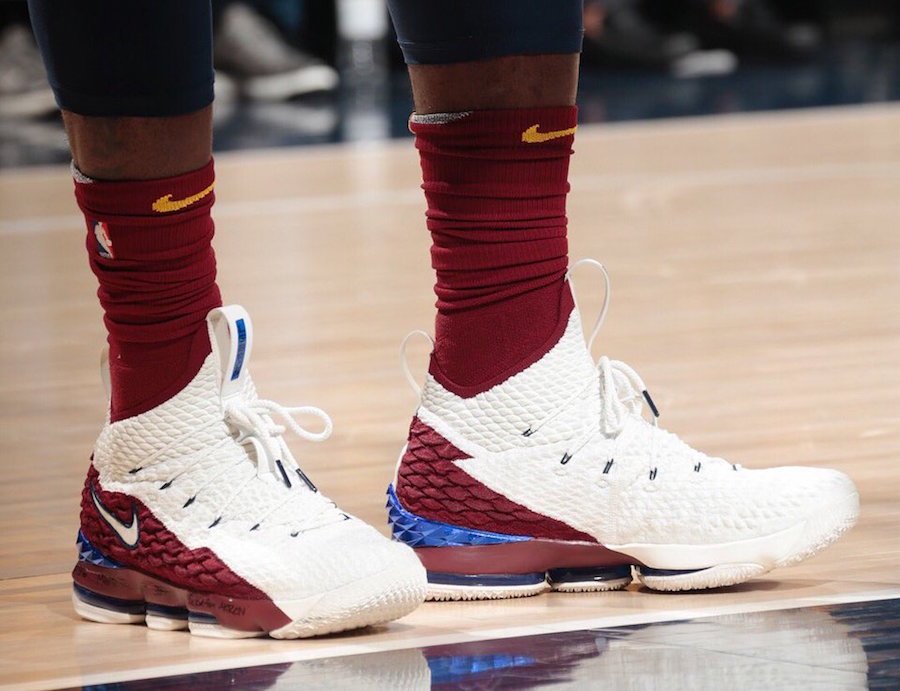 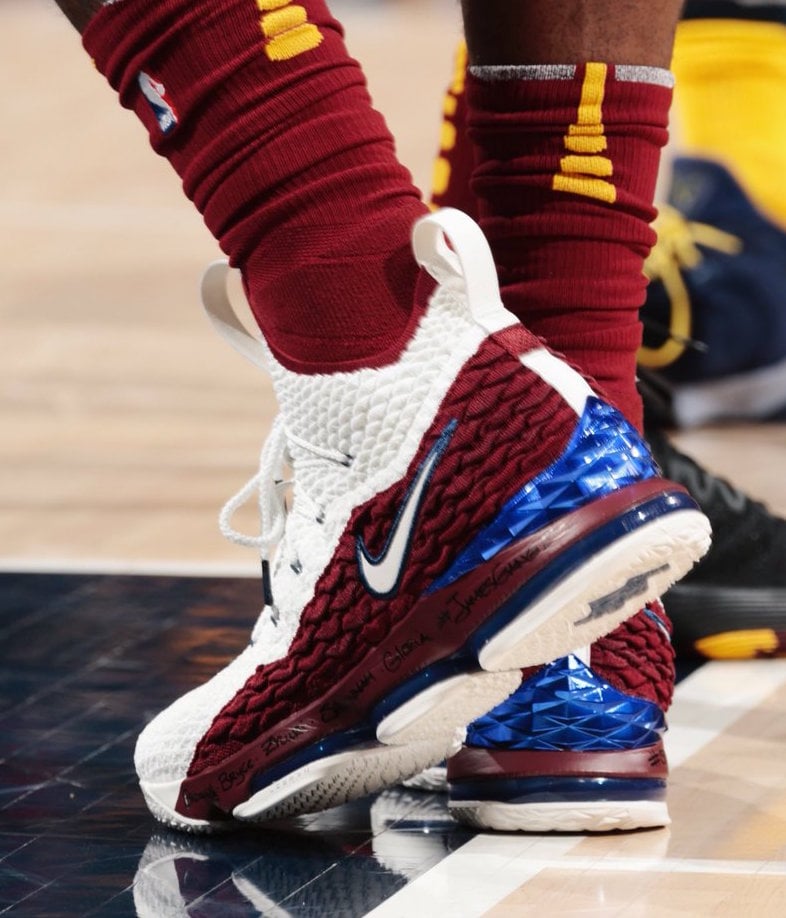