You may remember the large amount of shoes LeBron James gave to Ohio State earlier in the month. Now we have a closer look at the Nike LeBron 13 ‘Ohio State Buckeyes’ PE.

Easily the highlight of this LeBron 13 is the black to light grey gradient that starts at the heel and transitions through the toe. Following up is red hits on the Flywire, mid-foot and swoosh while they are then completed with a translucent outsole.

For the individual who owns the ‘Ohio State Buckeyes’ Nike LeBron 13, he has stated this is a PE, which means that the shoes were made exclusively for the school. So a release doesn’t seem like it will happen, although it’s possible that Nike releases something similar via the iD system for you to customize. Another possibility is someone deciding to sell their pair and listing them on eBay. We will continue to update you with news and more photos once they become available. 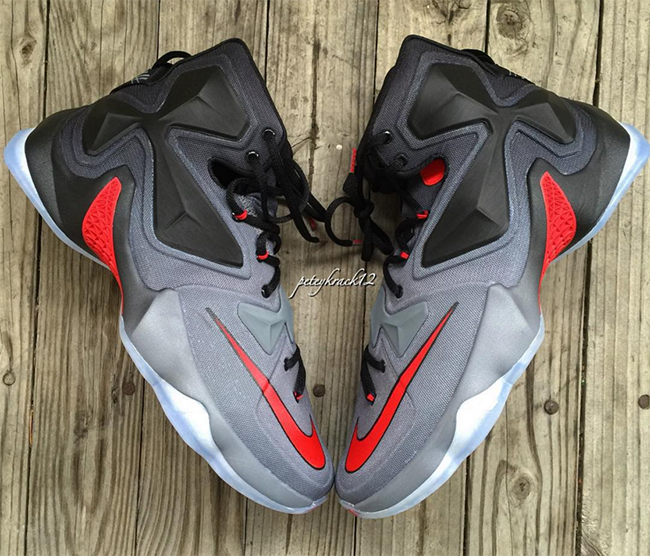