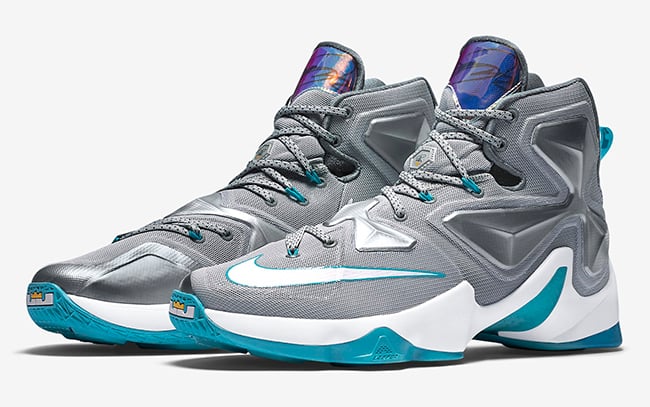 After the unveiling of the LeBron 13 on Sunday, everyone that has had sample pairs or have obtained them early are now debuting the shoes. This has lead to three different color schemes so far to debut, with the newest using a grey, blue and white color scheme.

Like every LeBron 13, a nickname will be tied to the shoes and according to Nike are tied back to his hometown of Akron, Ohio. Yet at this time info is not known for it’s inspiration.

The newest LeBron 13 comes in a grey, blue and white color theme. Featuring grey through the mesh uppers while metallic silver hits the Hyperposite overlays. A shade of blue is seen outlining the swoosh, Flywire cables, midfoot plate and outsole. Following are hits of white that fill in the swoosh and run through the midsole. The last detail is a multiple color graphic used on the tongue.

The Nike LeBron 13 ‘Blue Lagoon’ has a release date set for December 12th, 2015 and will retail for $200. Below are additional photos and once we obtain more we will update you.

Update: All has been silent from Nike on the LeBron 13 ‘Blue Lagoon’ release, however they will show up at stores tomorrow. Our final look is official photos giving us a clean look. 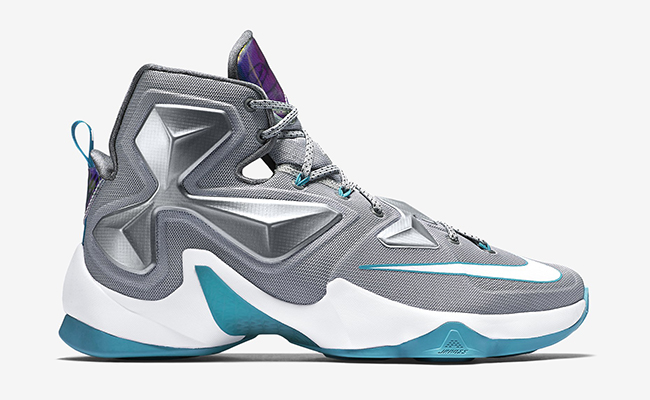 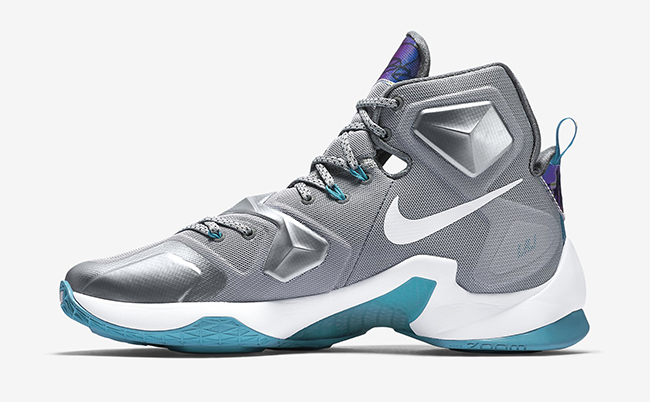 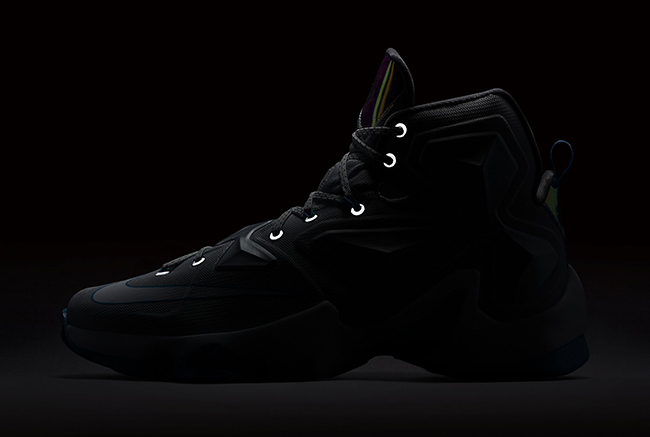 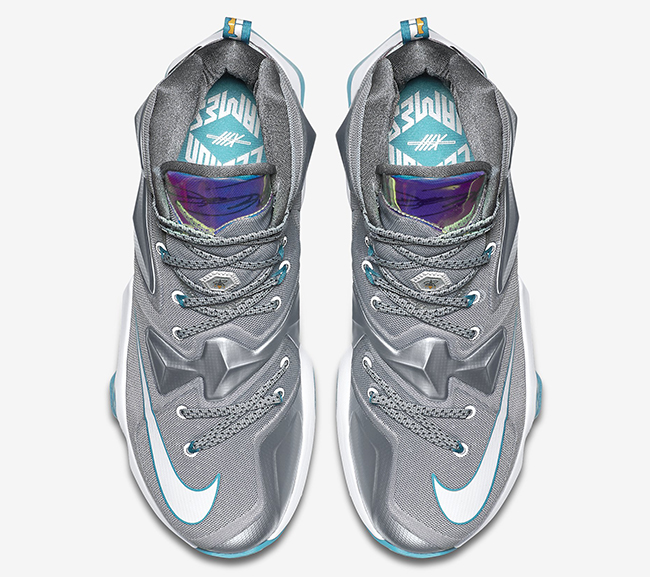 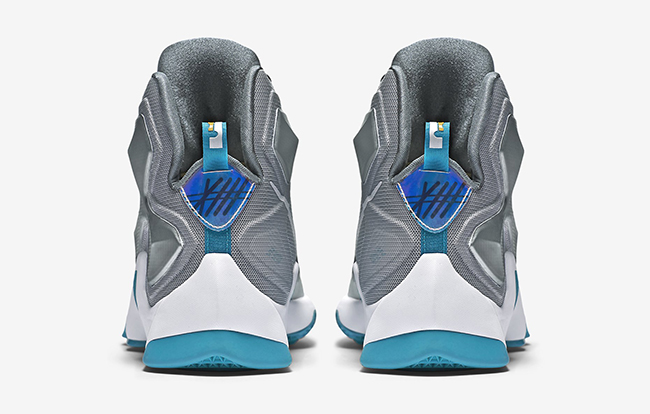 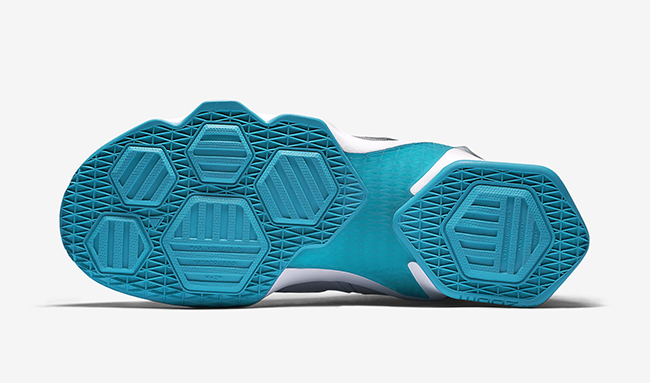 Update: Some more images have appeared of the Nike LeBron 13 ‘Blue Lagoon’ that is rumored to be inspired by space. This pair will launch on December 12th at stores like Kicks USA. 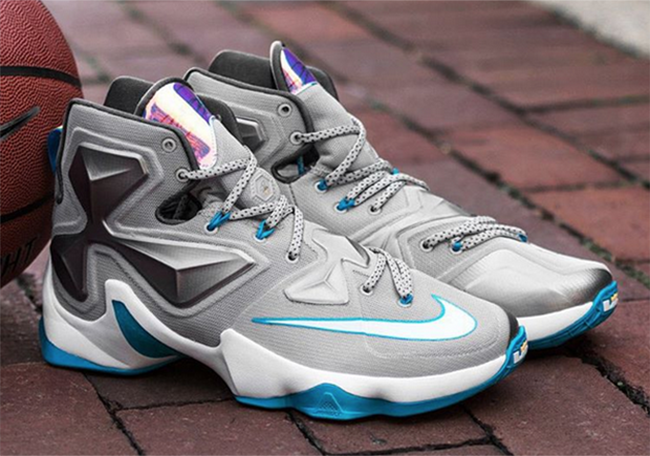 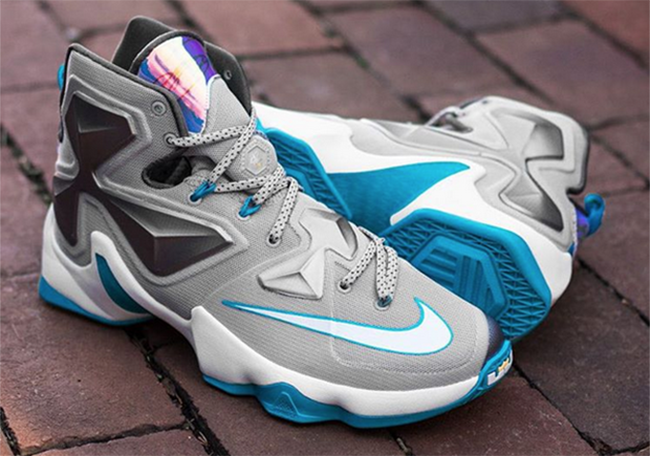 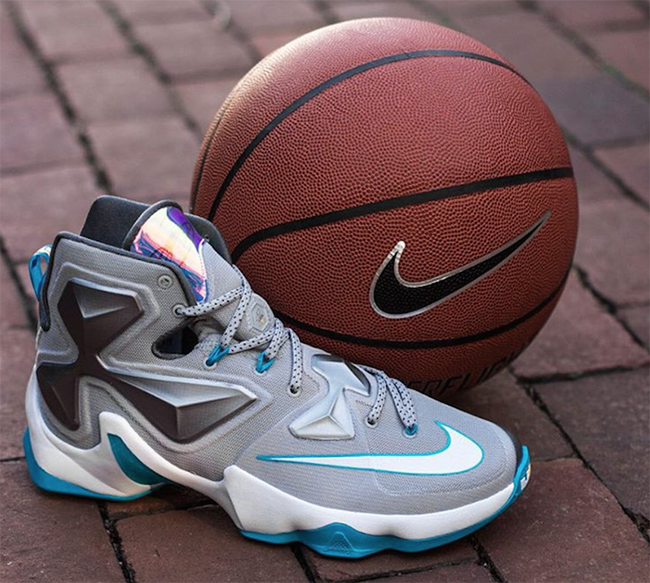 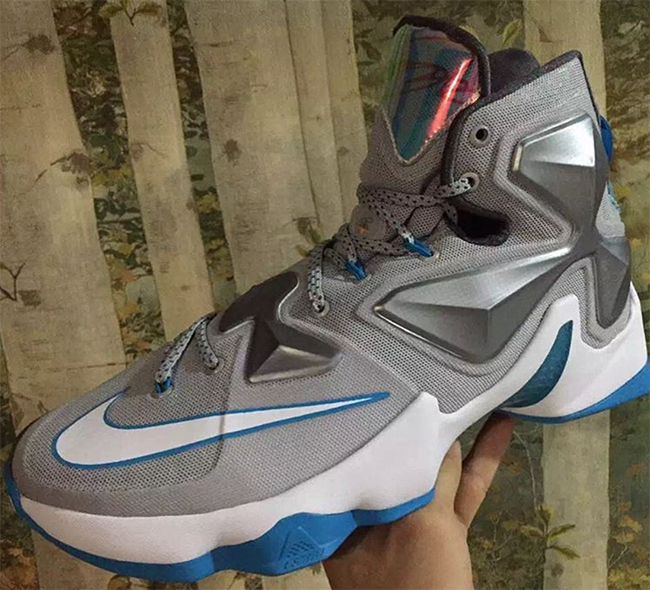 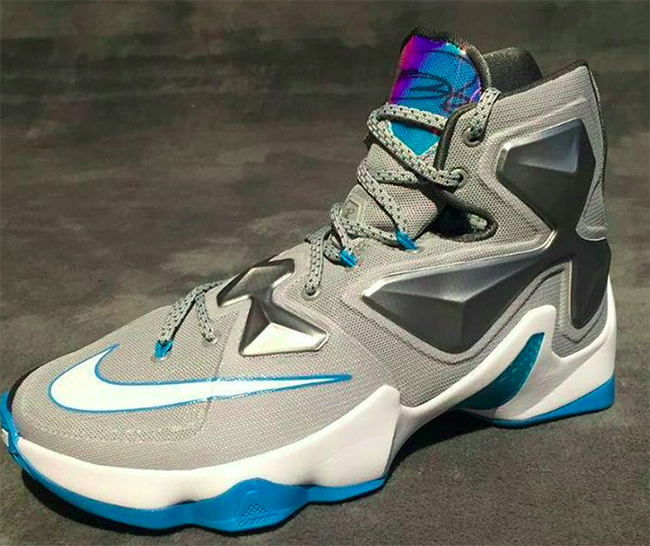 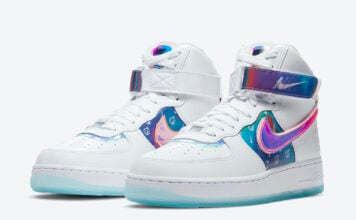