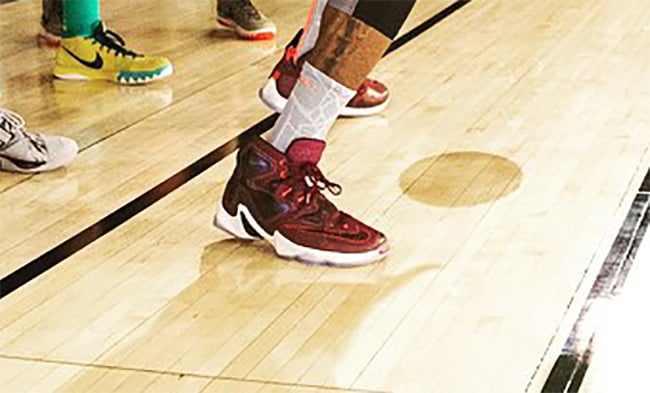 Not even a day has gone by and rumors are spreading that the shoes LeBron James wore yesterday during the Nike Basketball The Academy event are now being called the Nike LeBron 13 Cavs.

What’s funny about all this, the shoes have yet to be confirmed as the LeBron 13s. We can say that more than likely this pair will wind up being his thirteenth signature shoe, since they do resemble the blacked out silhouette we posted not long ago. Needless to say, the color scheme does reflect a possible Cleveland Cavaliers release.

From the images circulating the net, here is what we can tell. They feature team red throughout the uppers which is then followed up with bright crimson accents on the heel, flywire and swoosh while white hits the midsole.

At the time of writing, there isn’t any release information on the ‘Cavs’ Nike LeBron 13, nor is there any for the LeBron 13 in general. Anything official from Nike will probably roll out in October. What we can say is, they will retail for $200. 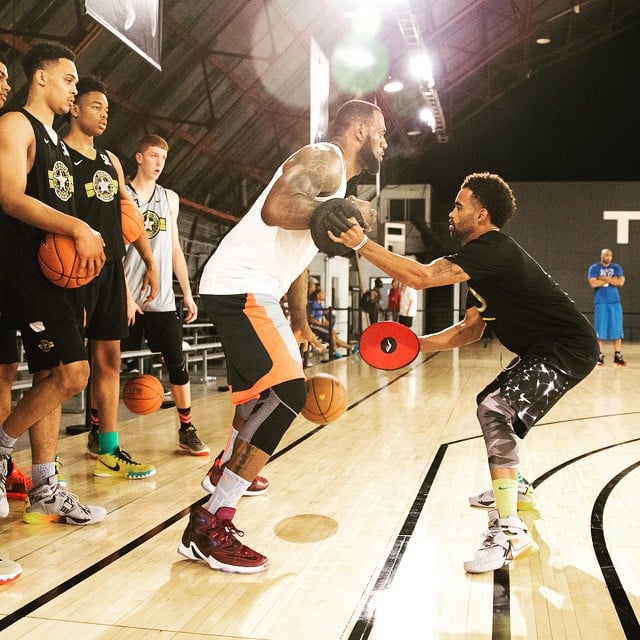 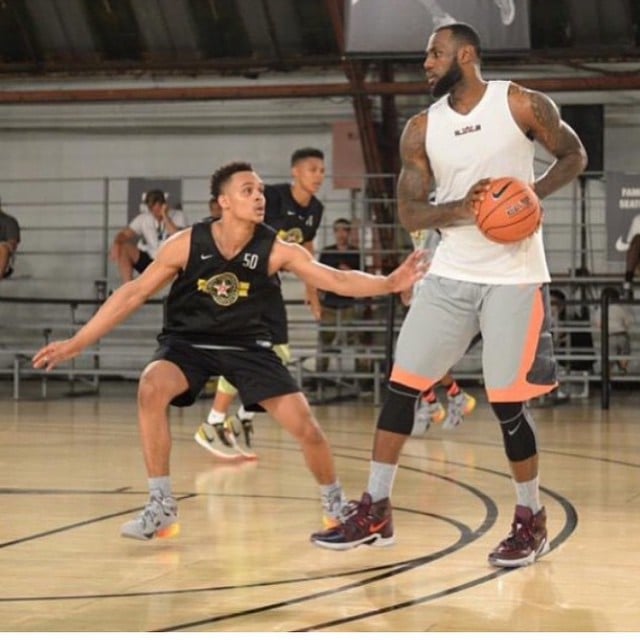 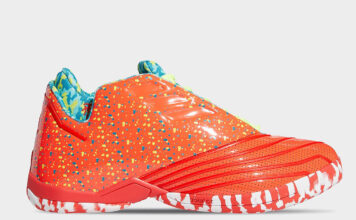