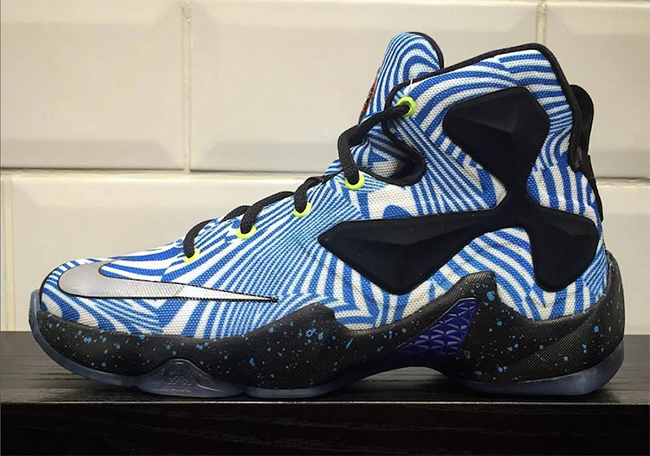 The Nike LeBron 13 line doesn’t appear to be doing as well as most had hopped, but the addition of some new graphics could change the mind. Releasing as a grade school exclusive is the new Nike LeBron 13 Blue White Wavy Print.

Looking closer, this Nike LeBron 13 features a Blue, White and Black color scheme. On the base is a mixture of Blue and White that makes for an interesting wave pattern while Black detailing lands on the Hyperposite overlay, midsole, laces and liner. Following is Metallic Silver which hits the Swoosh and Yellow accents on the eyelets. Completing the look is Blue speckled across the midsole and a translucent outsole.

At the time of writing, there isn’t a release date set for this GS Nike LeBron 13 nor is the nickname known, but once those details are unveiled, we will make sure to let you know.