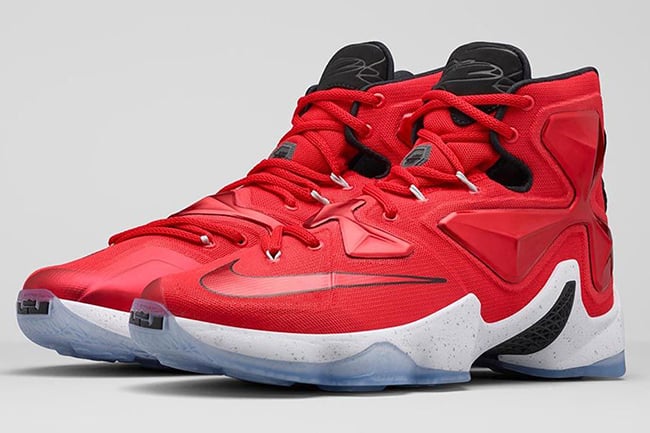 The Nike LeBron 13 ‘On Court’ will be the second model to debut from LeBron James 13th signature shoe. To celebrate the NBA season, Nike will launch this pair on October 27th when the Cleveland Cavaliers hit the road for their first NBA game of the season against the Chicago Bulls.

The On Court model of the LeBron 13 comes in a university red, white, black and laser orange colorway. Red is used across the mesh upper and Hyperposite hits while black and orange accents are hinted throughout. Other highlights include a white midsole with a speckled overlay and a translucent outsole.

Like previously mentioned, the ‘On Court’ edition of the LeBron 13 will debut at Nike Basketball retailers on October 24th, 2015 and comes with a retail price of $200. See below for additional images of the Cavs Away LBJ 13. Are you planning on picking this pair up?

Update: Our latest look at the ‘Away’ aka ‘Opening Night’ Nike LeBron 13 is an official look from Nike. 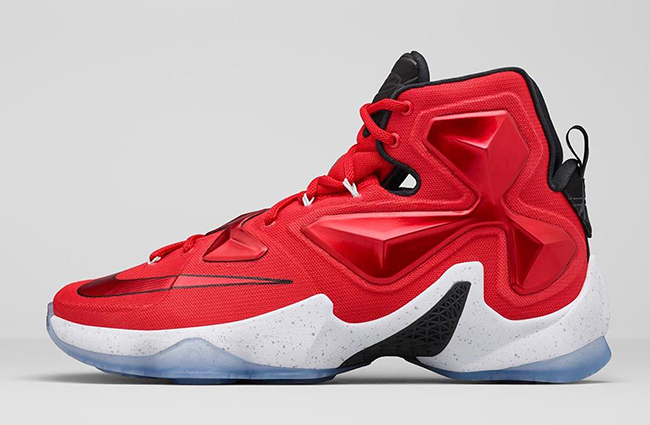 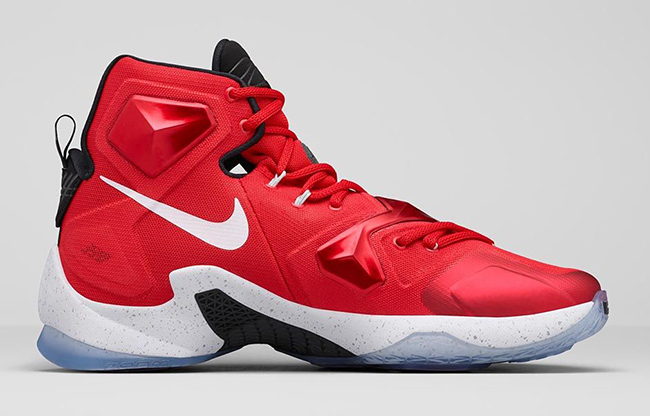 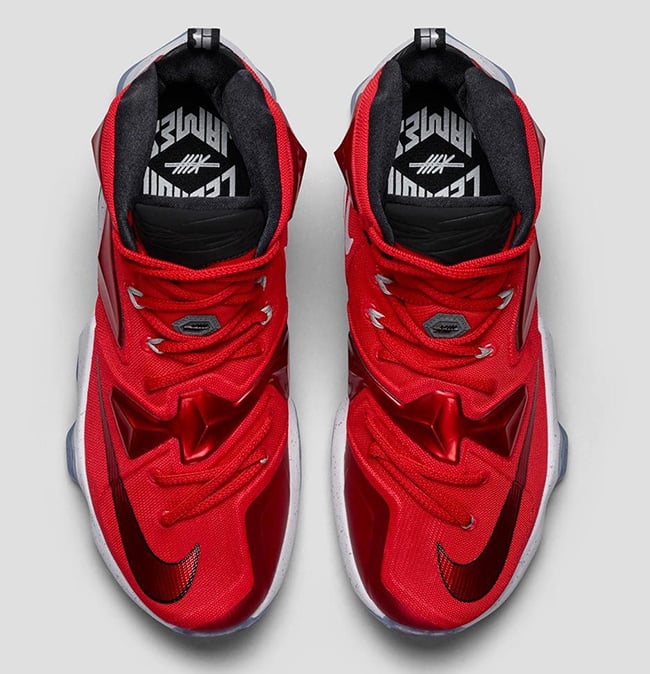 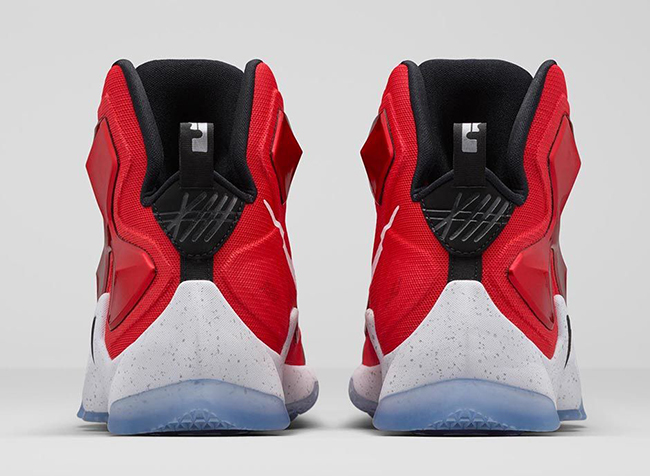 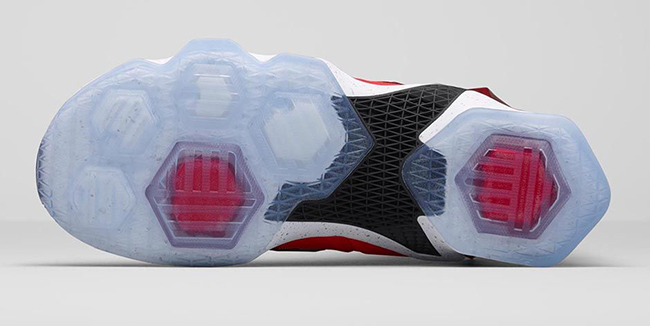 Update: The LeBron 13 ‘Away’ release is just around the corner, but maybe you want to be the first in your area to have them? If so, sizes are now available on eBay. Some pairs are even selling below retail. 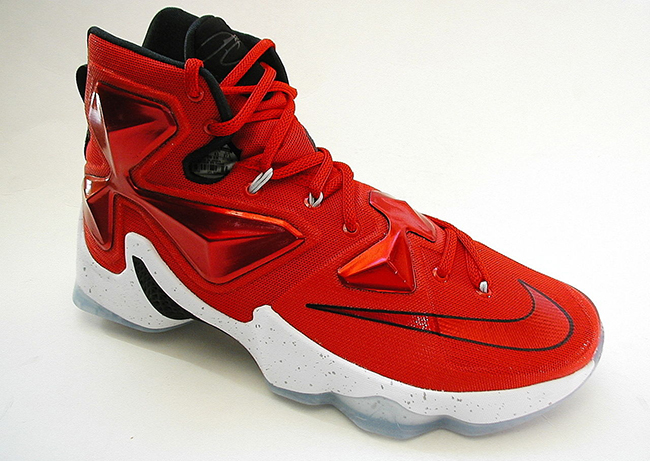 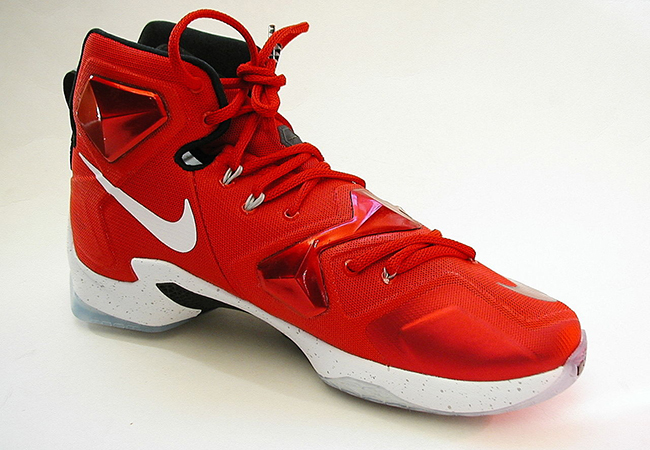 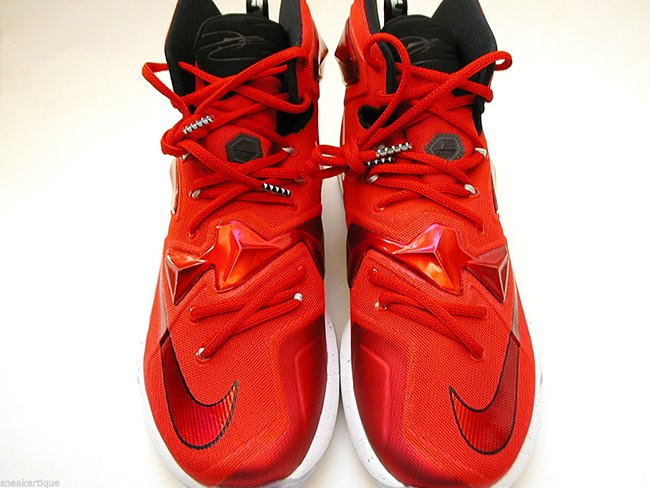 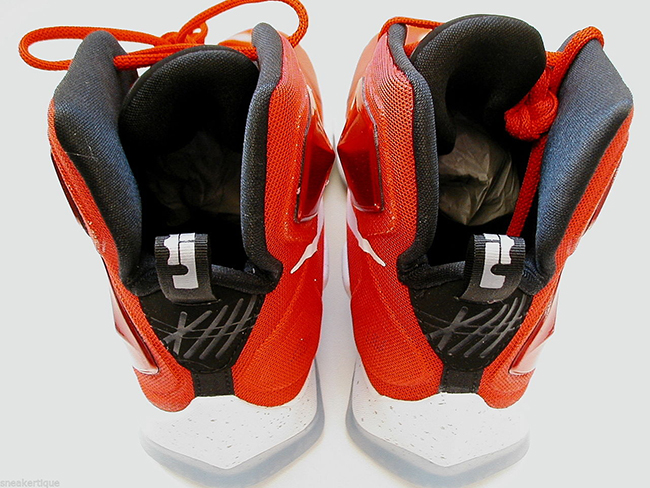 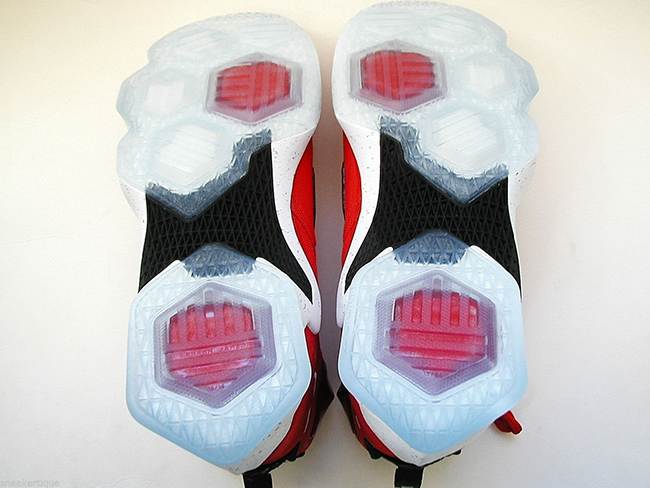 Update: Although Nike said the ‘Cavs Away’ Nike LeBron 13 would debut on the 27th when Cleveland plays against the Bulls, stores like Finish Line will release them on October 24th, 2015 for $200. 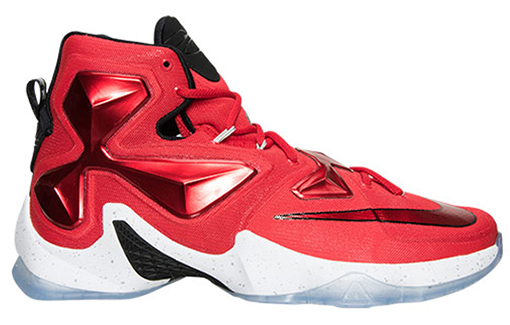 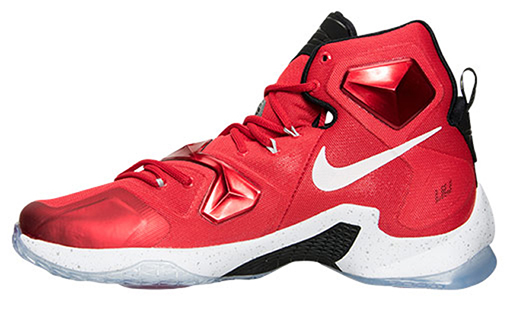 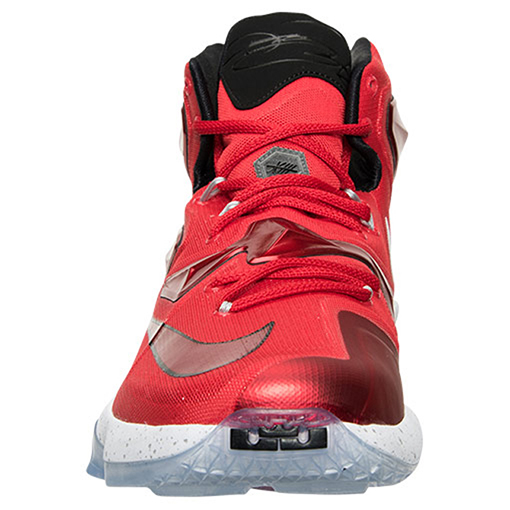 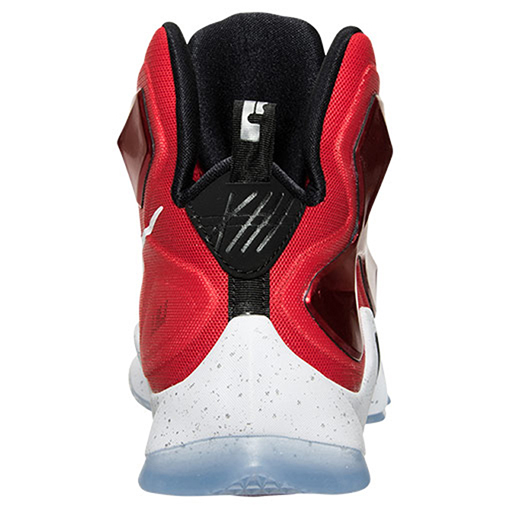 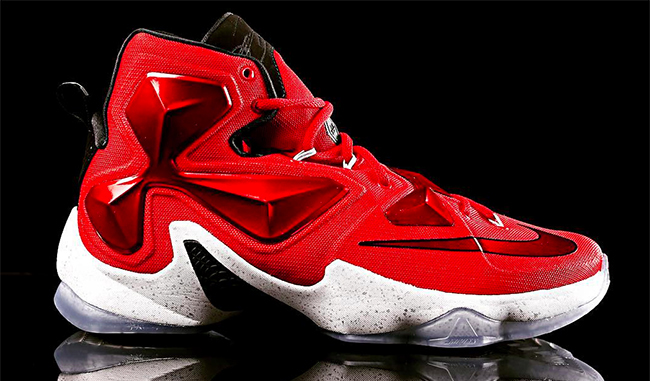 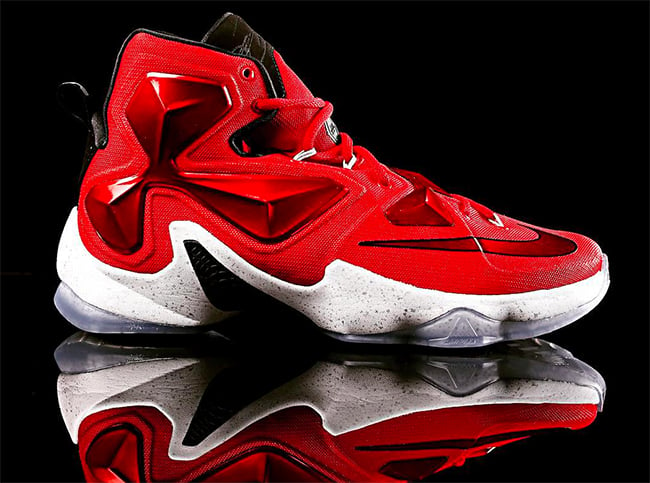 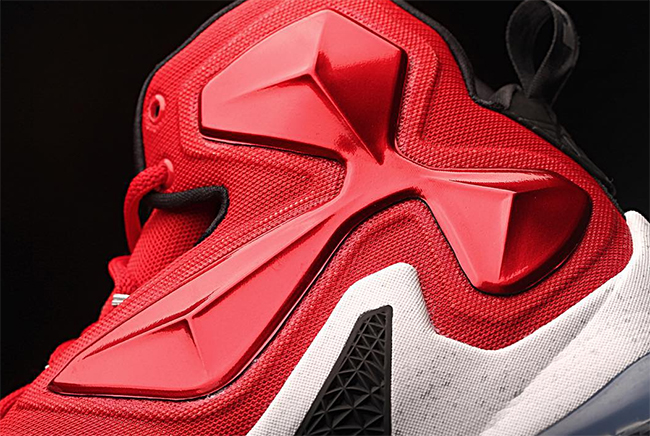 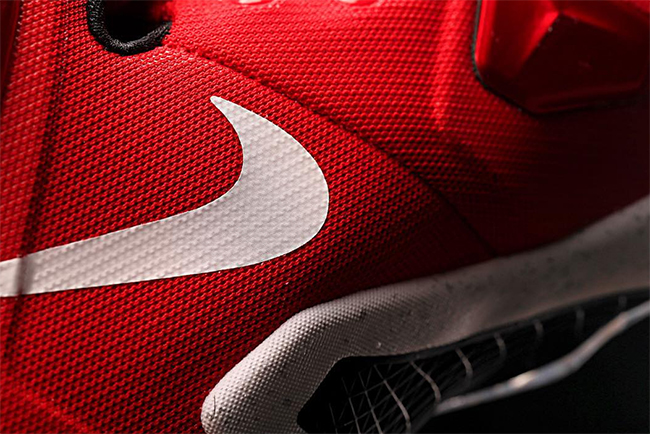 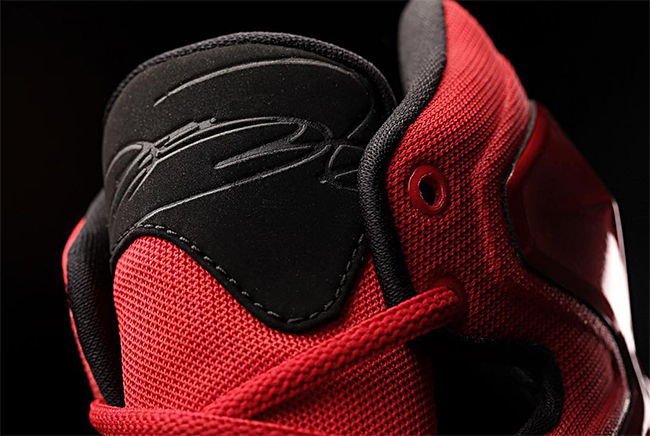