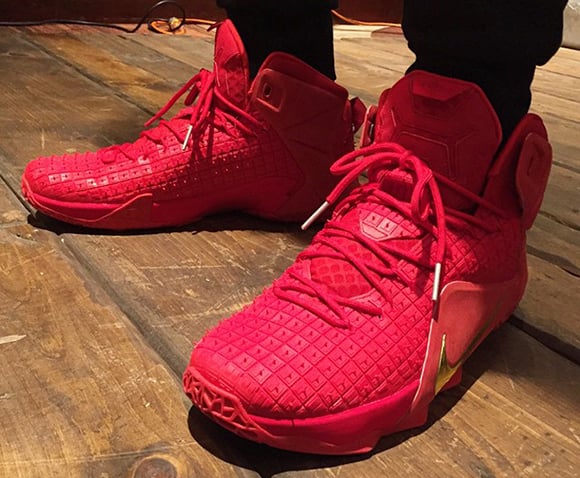 LeBron James was seen today wearing a new Nike LeBron 12 that takes on all red which automatically gives them the Red October nickname, but LeBron isn’t calling them RO’s, he has another name for them.

The Nike LeBron 12 shown is actually being called Rubber City. As you can see on the above image, they feature a rubber material with squares. Rumor has it they could release and be apart of the upcoming collaboration with James and John Elliot. Other than red, the sneakers will also use metallic gold on the swoosh.

For now a release is up in the air, rumors have circulated they will drop but the Rubber City Nike LeBron 12 could just be a PE for James. We will continue to keep you updated once we find out if they are dropping. 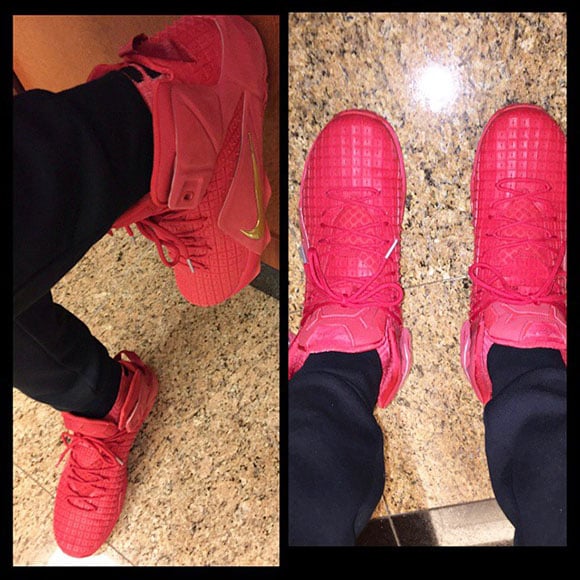