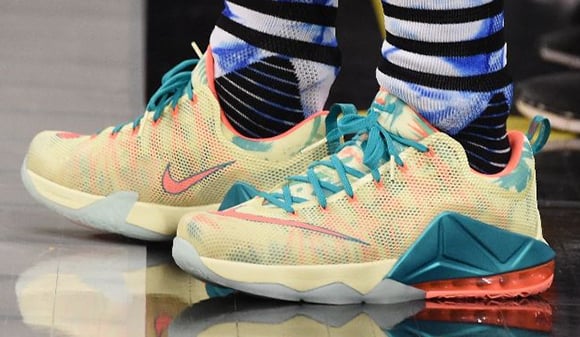 During All Star Weekend practice rounds, LeBron James was seen wearing the Nike LeBron 12 Low known as ‘LeBronold Palmer”. We know that a LeBron 12 Low would eventually release, but would the popular LeBronold Palmer pair he had on feet actually hit retailers? According to sources they WILL launch.

Rumor has it the LeBronold Palmer Nike LeBron 12 low will release either on February 28th or March 1st. They could release later, but we have a feeling the SNKRS app by Nike will have them in a short run, then later a more widespread release. If that happens, both releases will still be limited as they are marked as a QS (quickstrike).

Make sure to stay tuned to Sneaker Files as we continue to bring you information and additional news on the ‘LeBronold Palmer’ LeBron 12 Low.