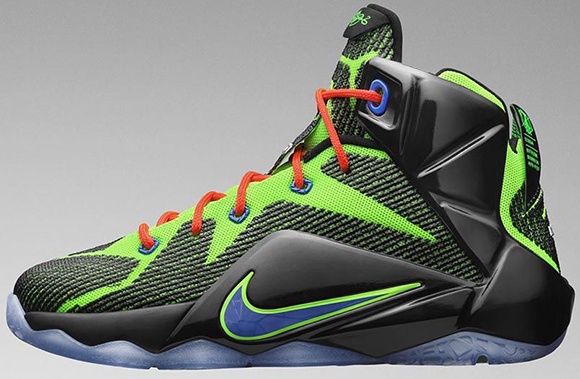 When we first saw this pair of Nike LeBron 12s and heard they were going to be a GS exclusive, we knew a story was behind them, but until recently it was kept a secret. When LeBron isn’t playing basketball, he plays Xbox with his two sons Bronny and Bryce time to time. Now the 12s seen before us are inspired by the Xbox.

Nike can’t straight call them Xbox, as they would have to work out some sort of agreement, but with a color scheme on point and the nickname ‘Video Game’, they can get away with it. Featuring black through the uppers with pops of electric green, bright crimson and hyper cobalt are spread throughout. 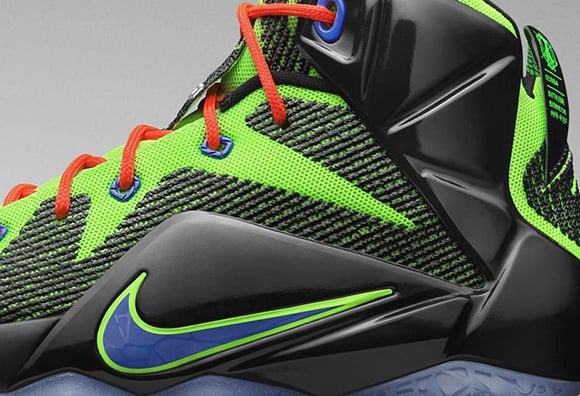