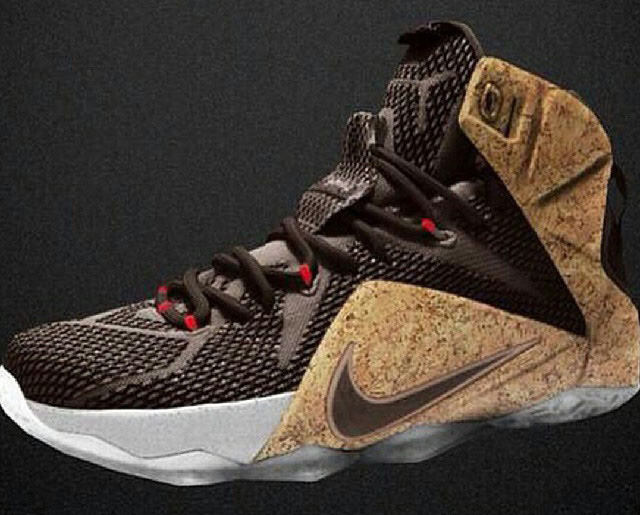 When you think of cork, you have to either think of Championship games since you pop bottles if you win, or the LeBron 10 that released. A new image has emerged which has us scratching our head, is the Nike LeBron 12 going to have a cork makeover?

LeBron did not win a championship ring last year but him and the Miami Heat squad did make it to the finals. So the only reason a possible Cork LeBron 12 could release is because Nike knows the hype that will follow.

In this image, the cork will replace the Hyperposite overlays while using a black mesh upper, almost crystalized translucent sole and just hints of red. Although the image isn’t the best of quality, we know white hits the front section of the midsole but it also looks like they are finished with grey speckles.

Obviously we do not know a release date, or if this pair is done by someone that can photoshop really well, but if Nike comes with a LeBron 12 Cork would you buy?