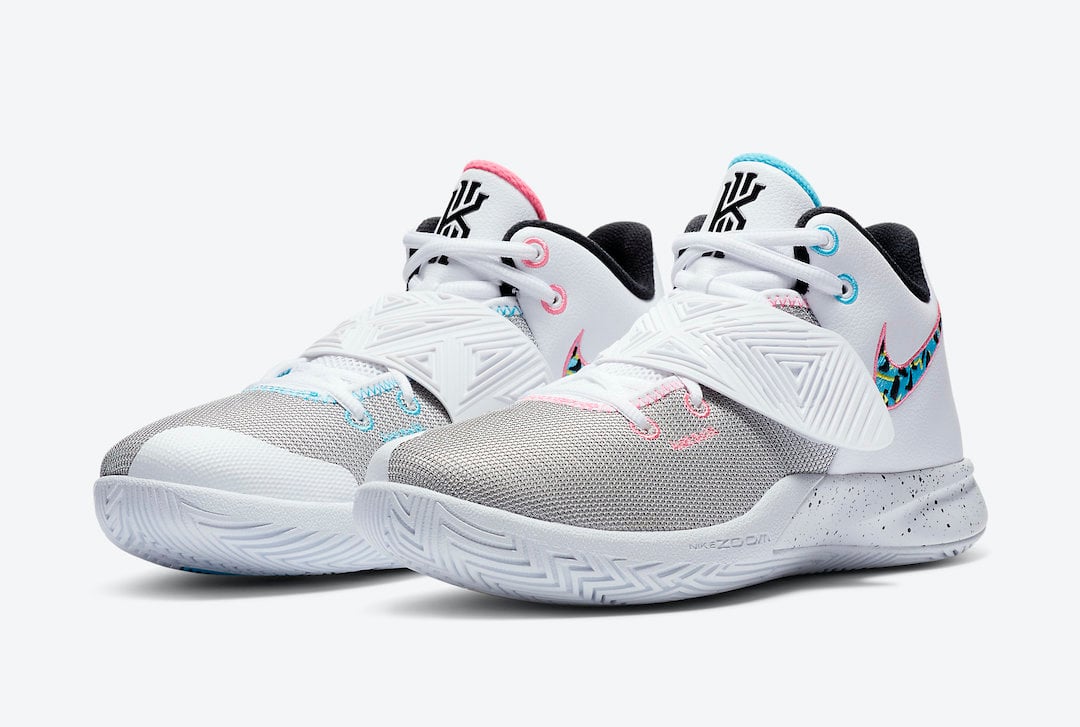 Starting to release is the Nike Kyrie Flytrap 3 which will feature familiar shades that mimic the South Beach theme.

Looking closer this Kyrie Flytrap 3 comes with Grey mesh across the base while White leather covers the tongue and heel. Following we have Angry Blue and Pink accents spread throughout along with Opti Yellow placed within the unique patterned Swoosh. Other details includes a speckled midsole and White rubber outsole.

Currently this Kyrie Flytrap 3 has released overseas. While a stateside launch has yet to be announced, they are expected to debut soon at select retailers including Nike.com. Retail price is set at $80. Continue to scroll below to check out more images which will give you a closer look. 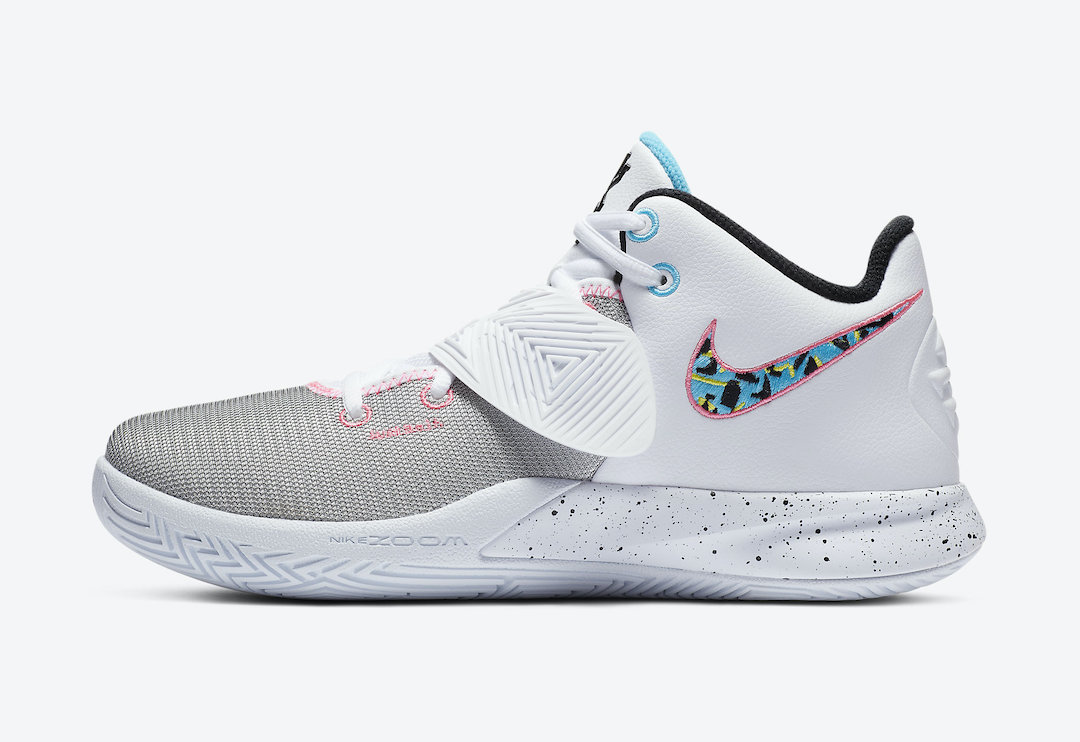 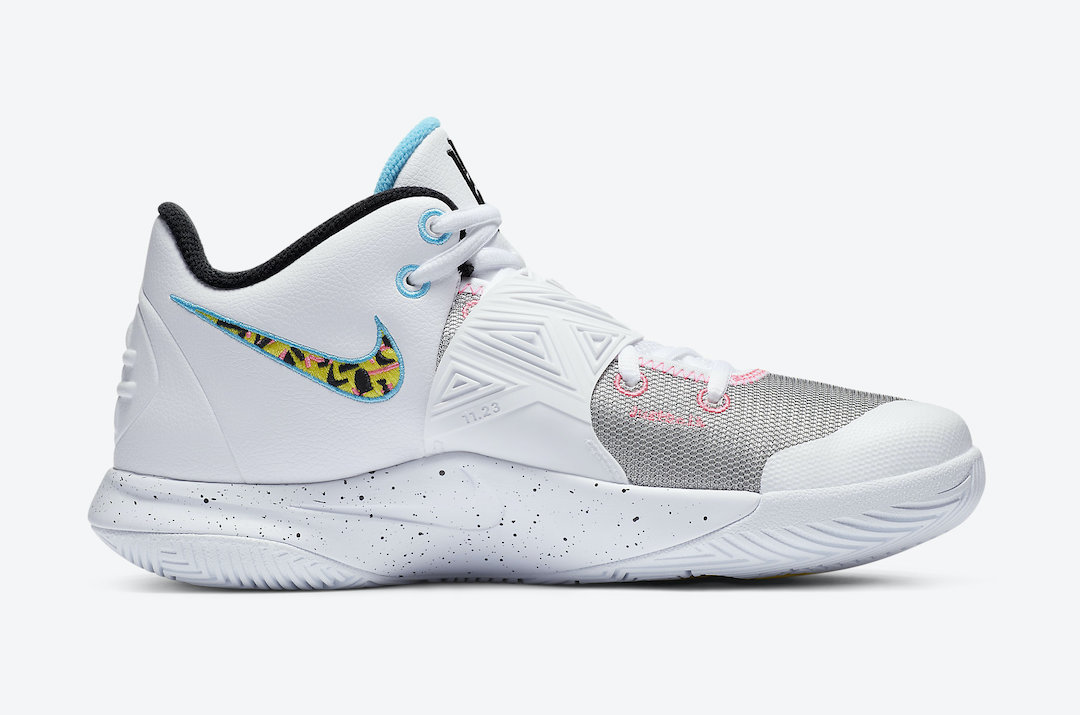 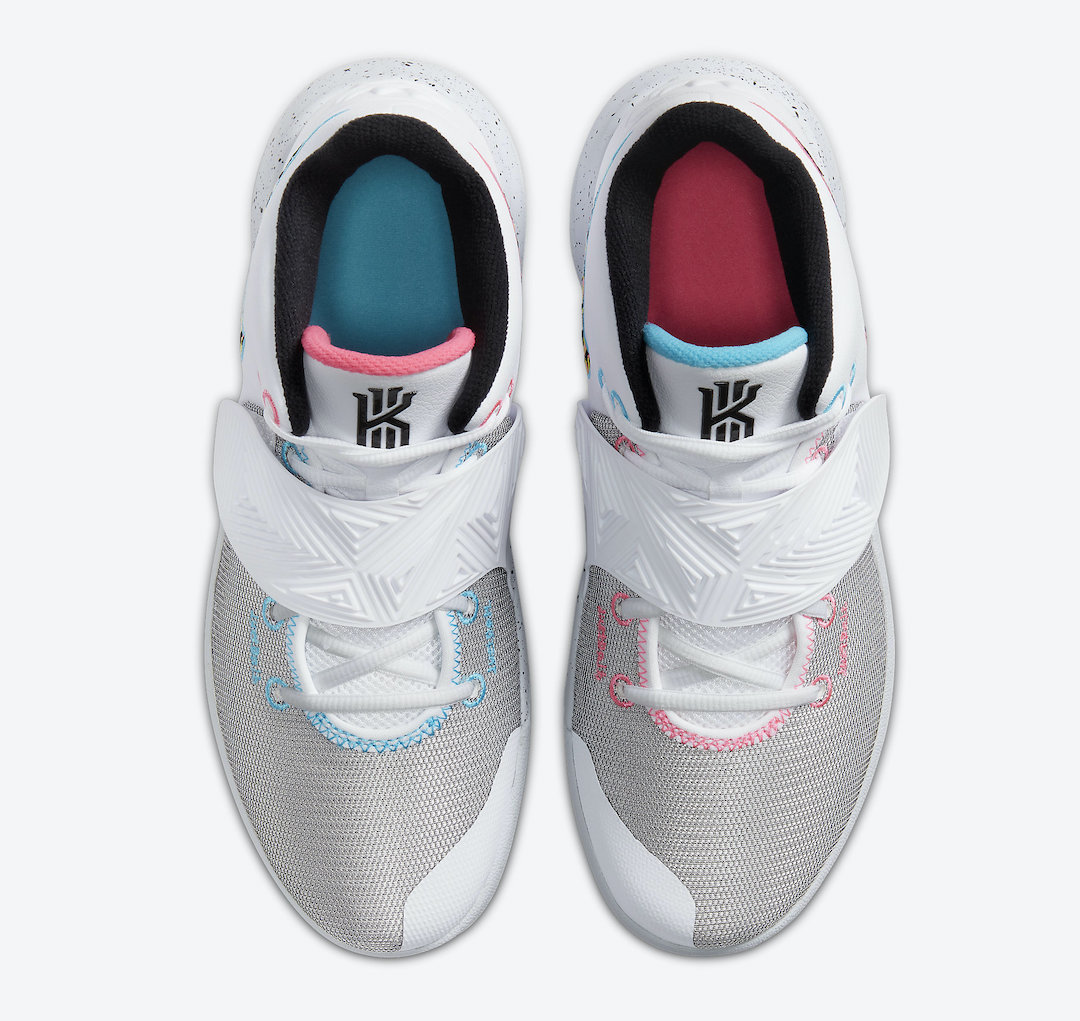 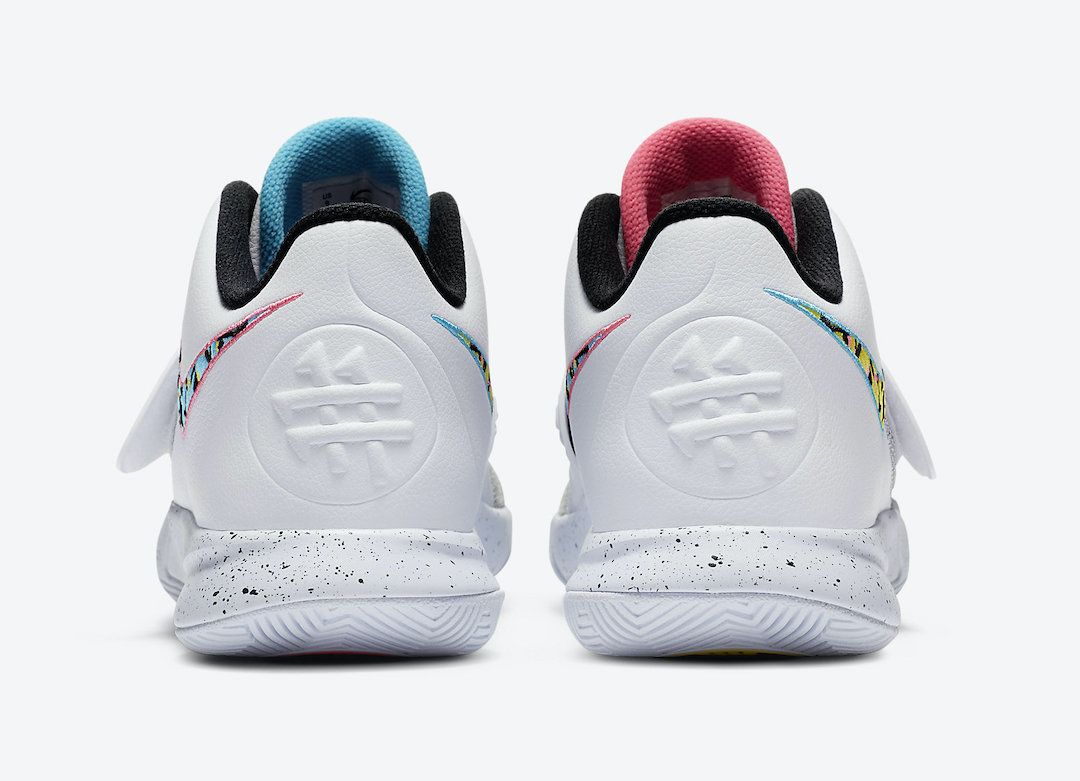