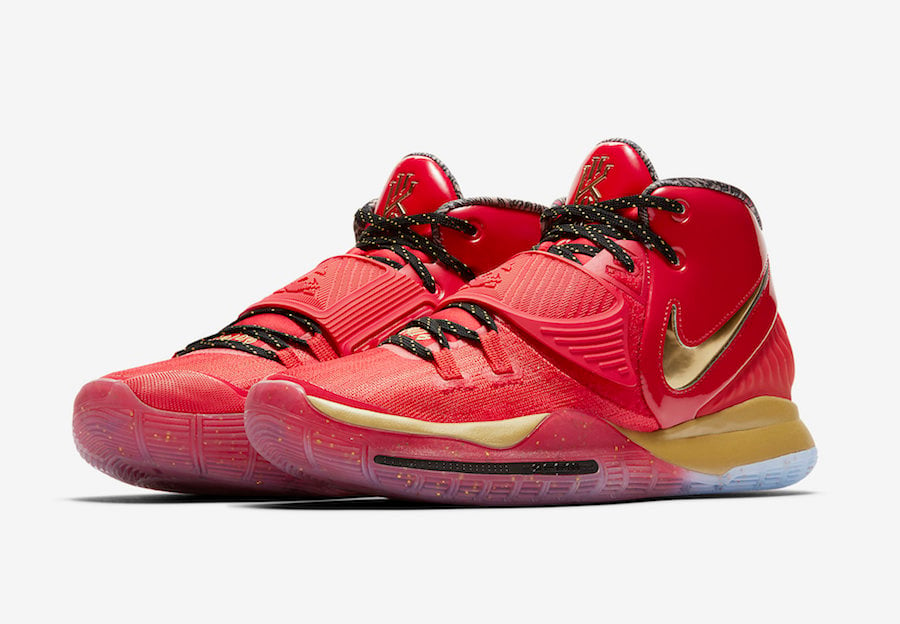 Kyrie Irving and Nike Basketball will pay tribute to Michael Jordan and the 1996 Chicago Bulls championship with a new Kyrie 6 releasing for NBA All-Star Weekend in Chicago.

Looking closer this Nike Kyrie 6 features Red across the upper as well as the cross strap along with Gold and Black accents. Following we have a translucent outsole while 06/16/96 text lands on the lower tongue of the right shoe and 06/19/16 on the left which is a tribute to Irving’s NBA Championship. Other highlights includes a graphic on the liner resembling the carpet that MJ laid on crying after winning his first NBA title after loosing his father.

You can expect the Nike Kyrie 6 ’Trophies’ to release at select retailers including Nike.com on February 14th. Retail price is set at $140. Continue to scroll below to check out additional photos for a closer look. 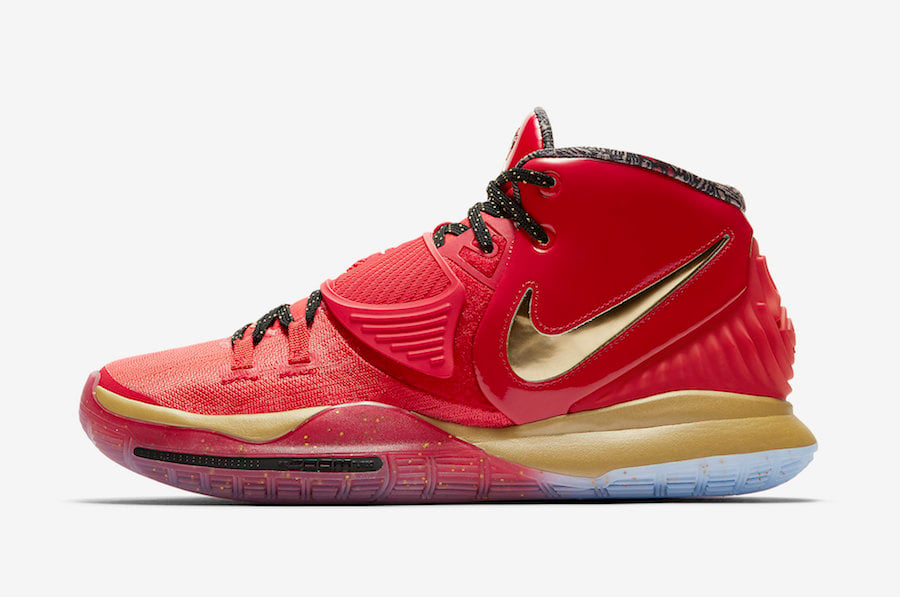 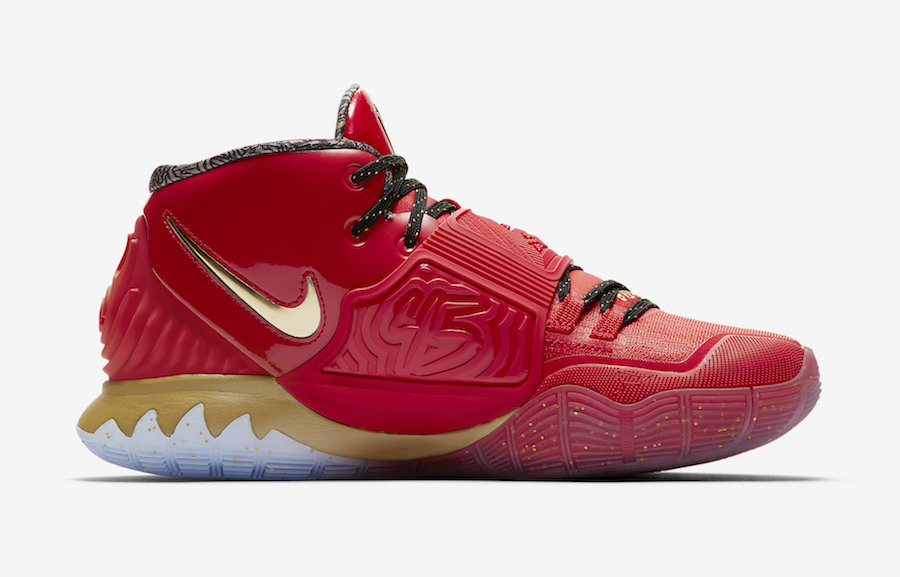 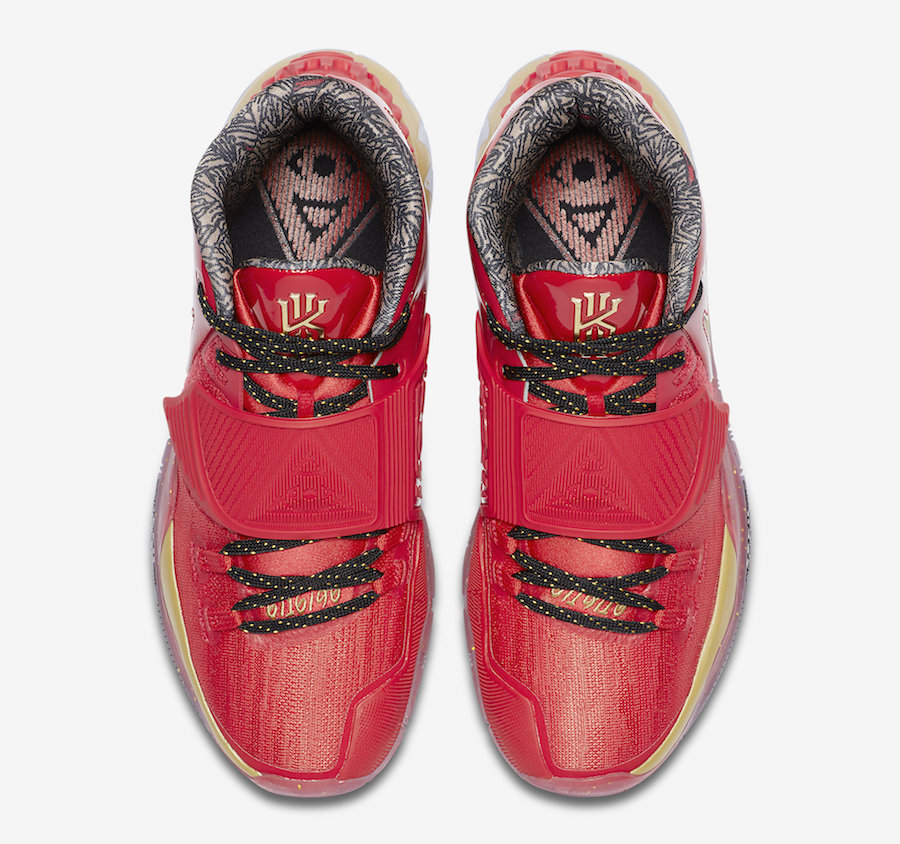 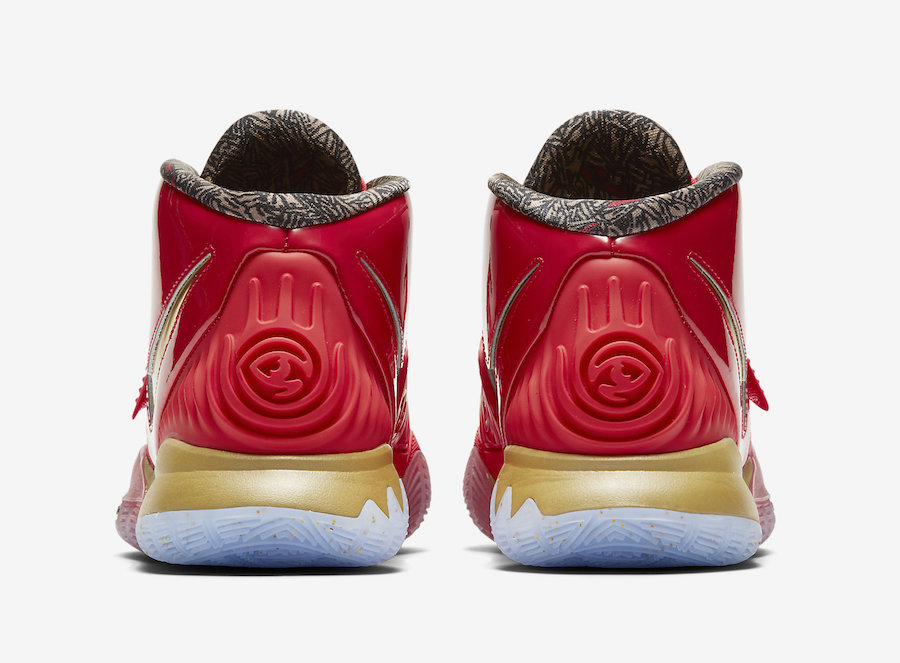 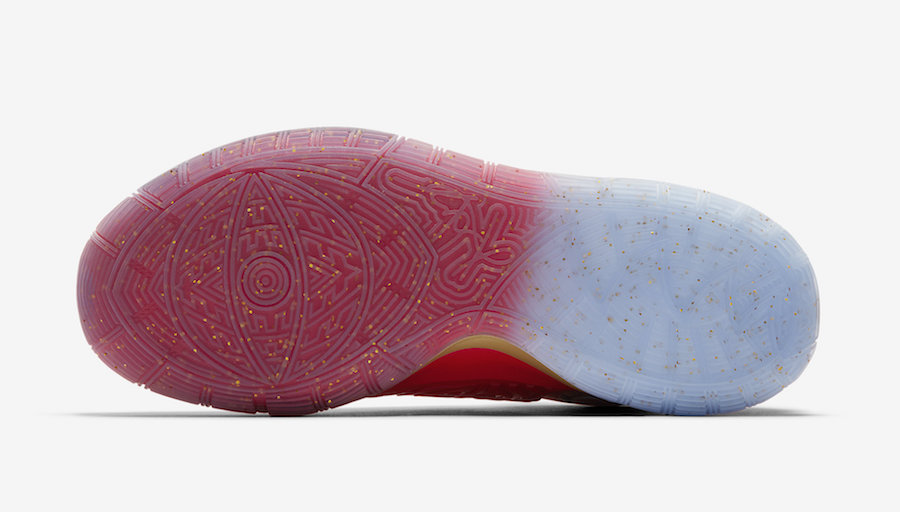