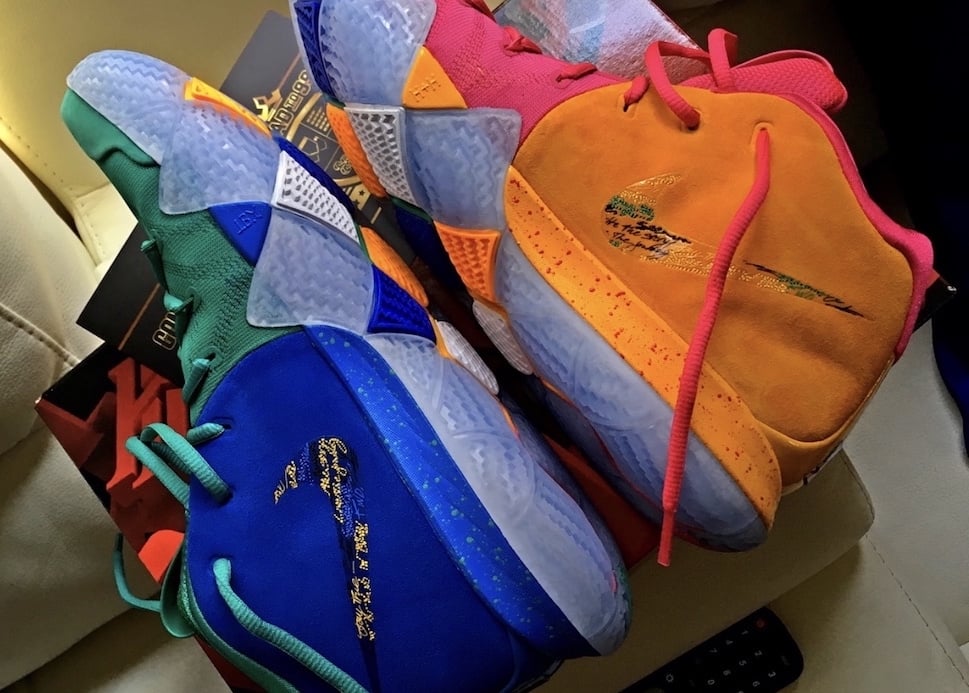 NBA 2K18 is celebrating those players who completed the ‘Road to 99’ game mode by releasing 200 pairs of this unique Nike Kyrie 4.

As the name implies, the ‘Road to 99’ aims to keep players motivated in reaching the coveted maximum rating in NBA 2K18. Developer Visual Concepts does this by rewarding players when they reach a certain overall rating. The increments for rewards go up in fives, starting from 65 overall rating up until 90. From then on, there are rewards each time you increase your overall rating by one.

In order to obtain the Nike Kyrie 4 NBA 2K18 Custom, you had to be one of the first 200 players to have received the 99 player rating. Looking closer they come in mismatch form while utilizing Pink, Teal, Blue and Orange. Other details includes Kyrie Irving graphic insoles, speckled detailing on the midsole and a translucent outsole.

Below you can check out more images of the Road to 99 NBA 2K18 Nike Kyrie 4 which will give you a closer look. 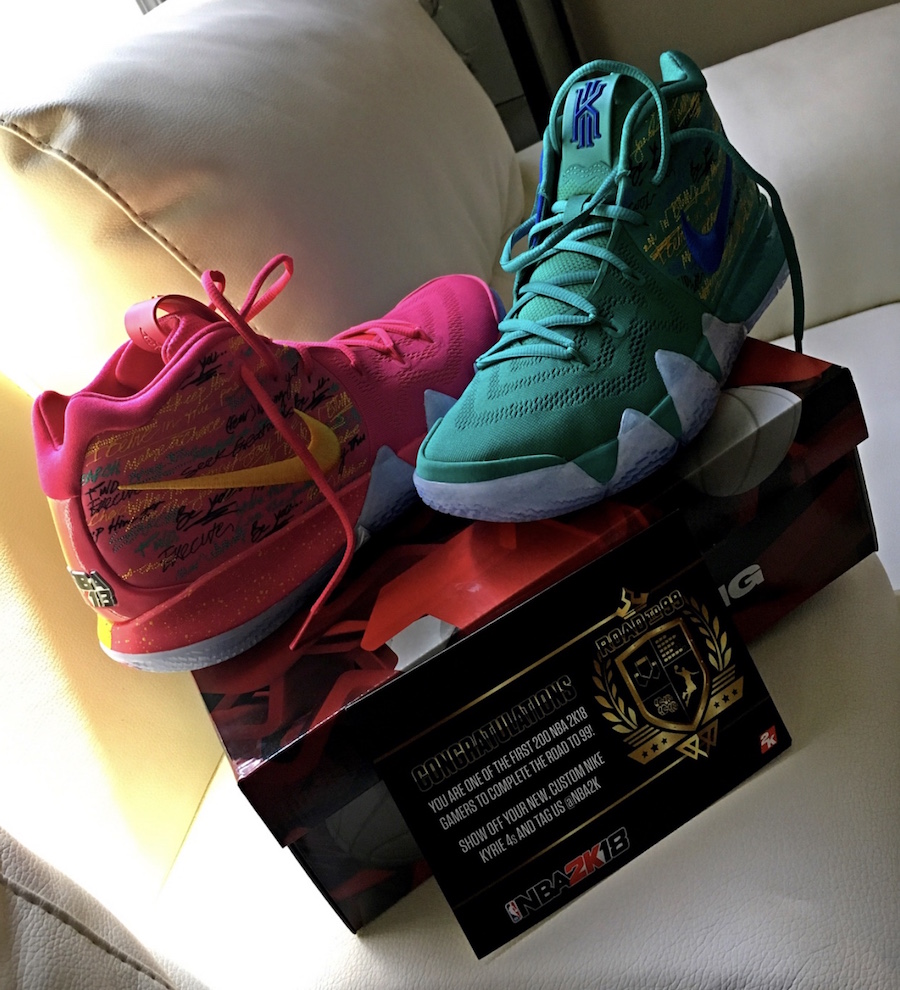 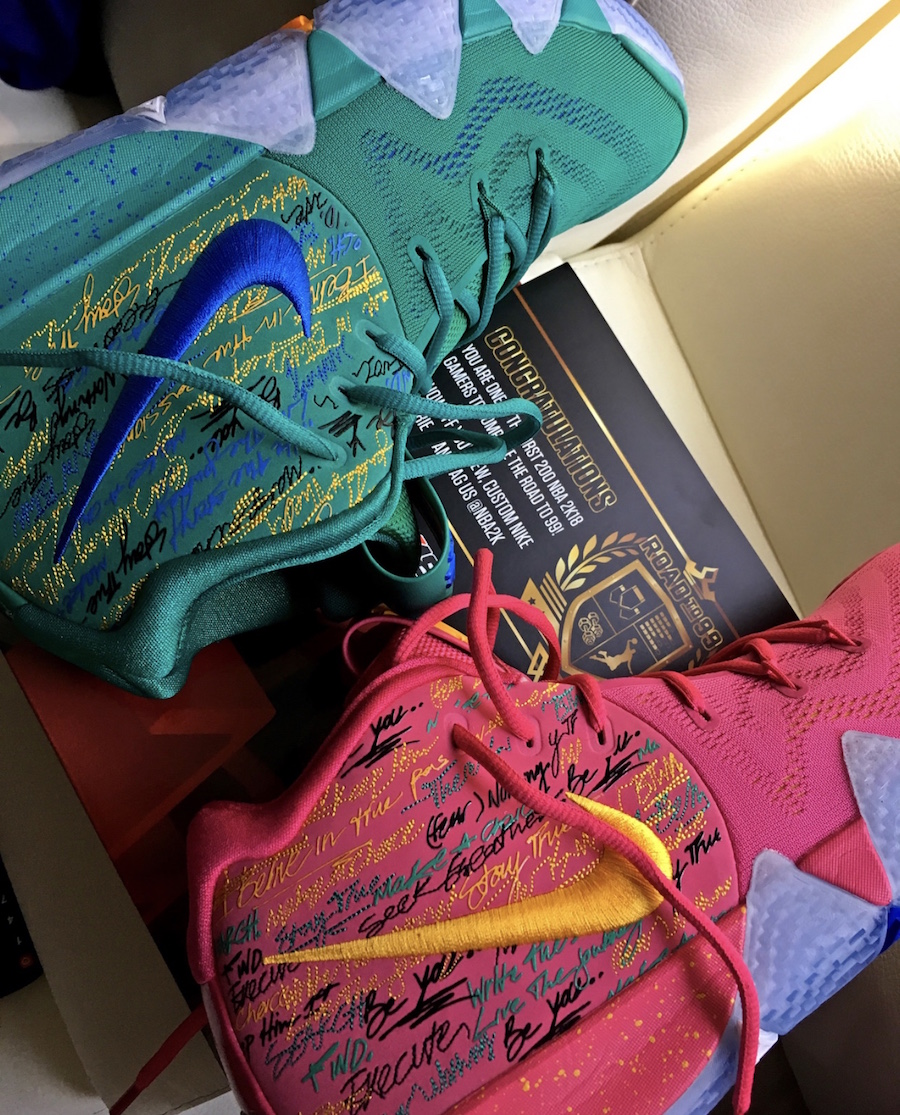 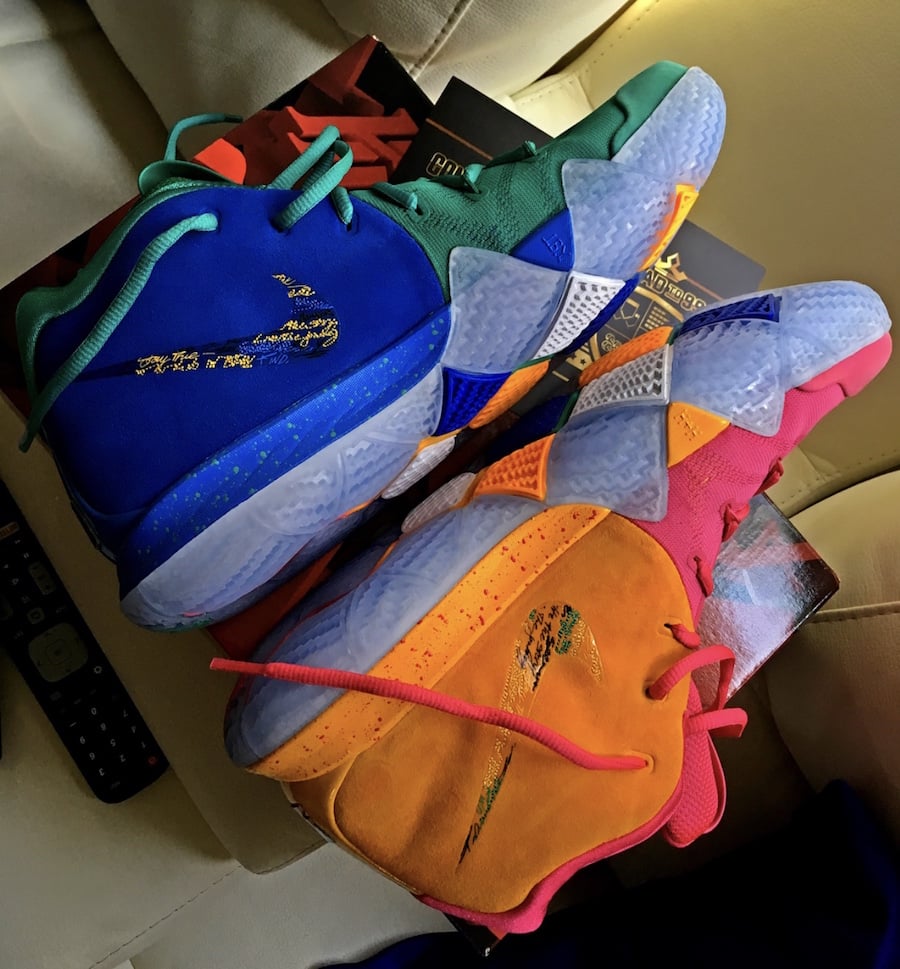 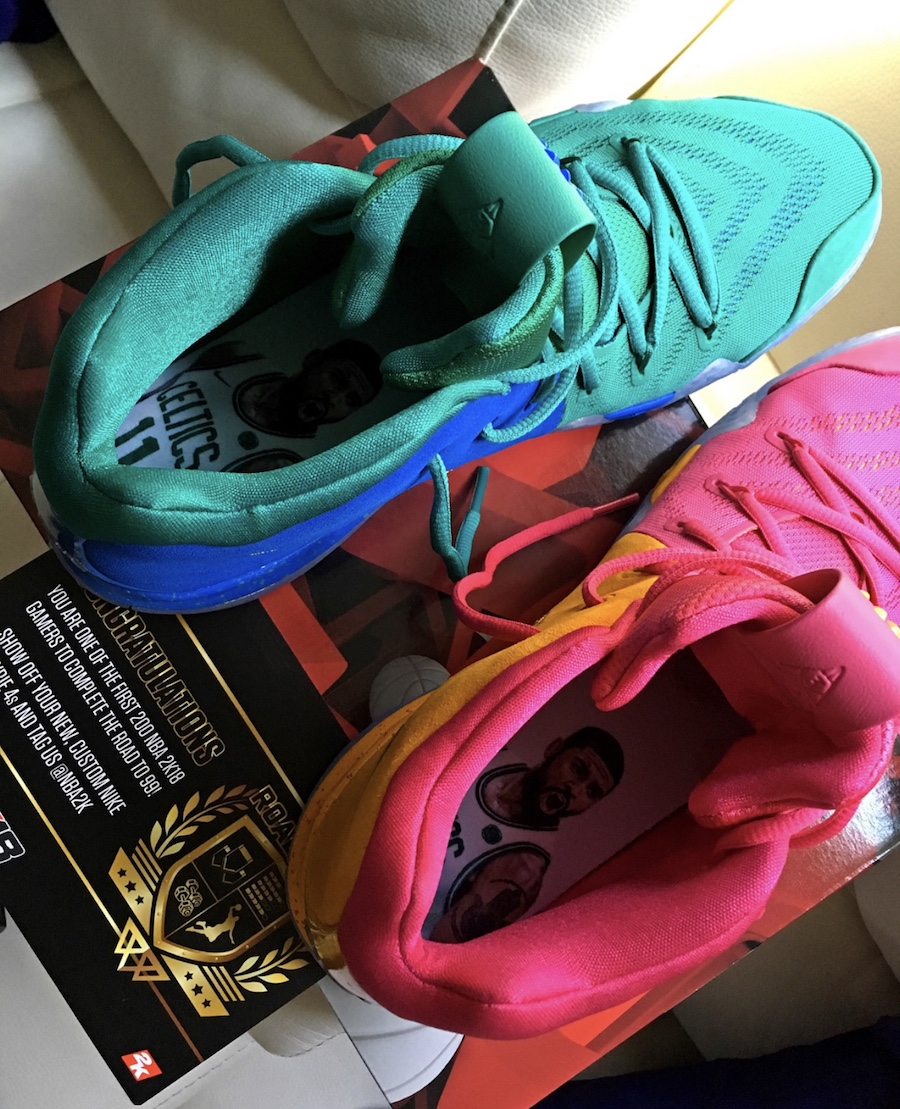 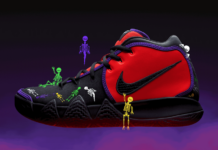 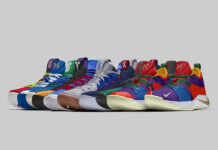 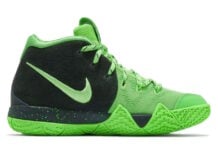