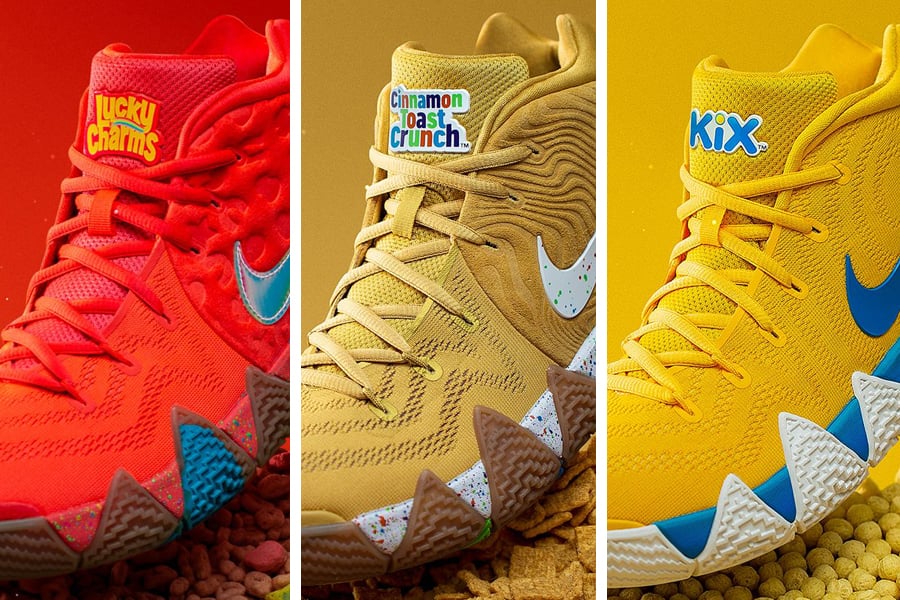 Nike Basketball will release an upcoming pack using the Nike Kyrie 4. It appears that several models will debut which is inspired by cereal.

While we have seen the ‘Wheaties’ edition, the Nike Kyrie 4 Cereal Pack consists of pairs inspired by Cinnamon Toast Crunch, Kix and Lucky Charms. While each shoe matches the color of the box, they even have the cereals branding on the tongues.

The Nike Kyrie 4 Cereal Pack will release at select House of Hoops retailers and online via Nike SNKRS on August 11th. Retail price is set at $120. Continue to scroll below to check out more images which will provide you with a detailed look.

Update: The Nike Kyrie 4 ‘Cereal Pack’ which consists of ‘Cinnamon Toast Crunch’, ‘Kix’ and ‘Lucky Charms’ will release this weekend exclusively at Foot Locker House of Hoops Mobile Trucks at the NY vs. NY Championship at Harlem’s Rucker Park at the Drew League in Los Angeles. The House of Hoops will also make stops in SoCal and in the Northeast from August 4th through August 6th.

If you can’t make it to any of the pop-up events, a wider release will take place on August 11th at select House of Hoops and Foot Locker locations. 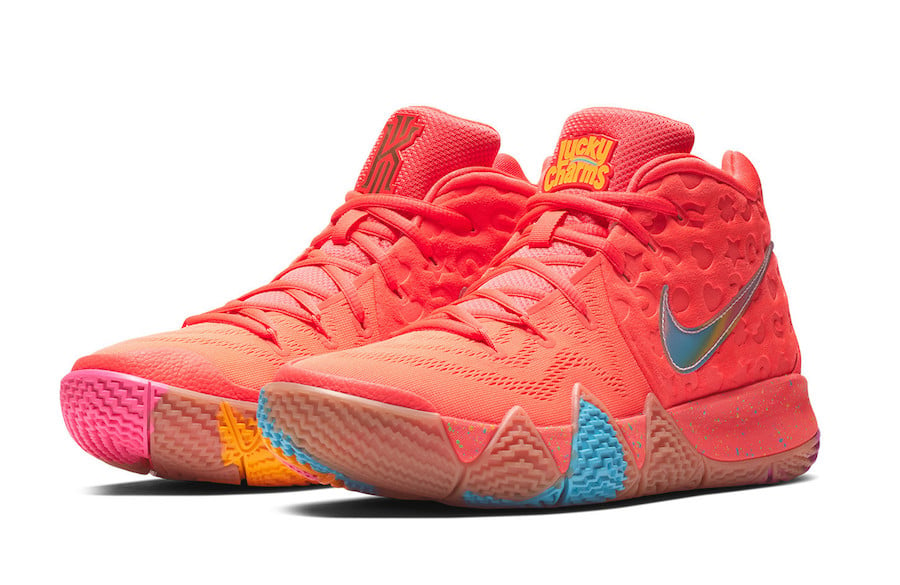 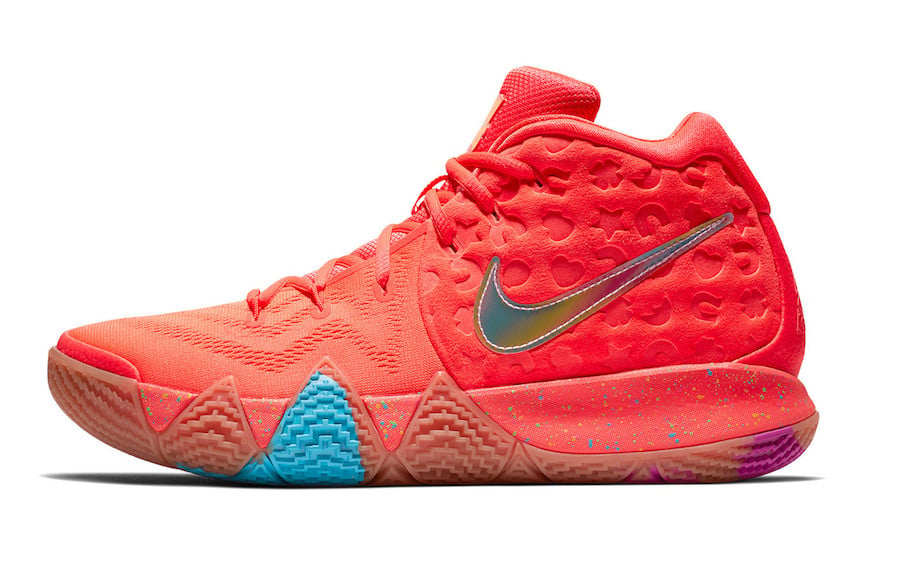 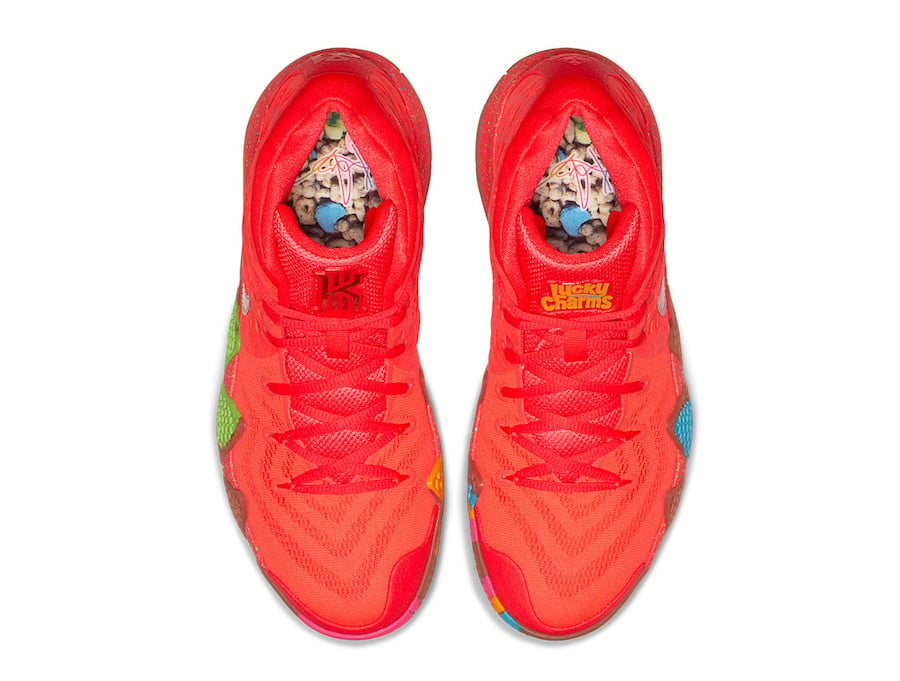 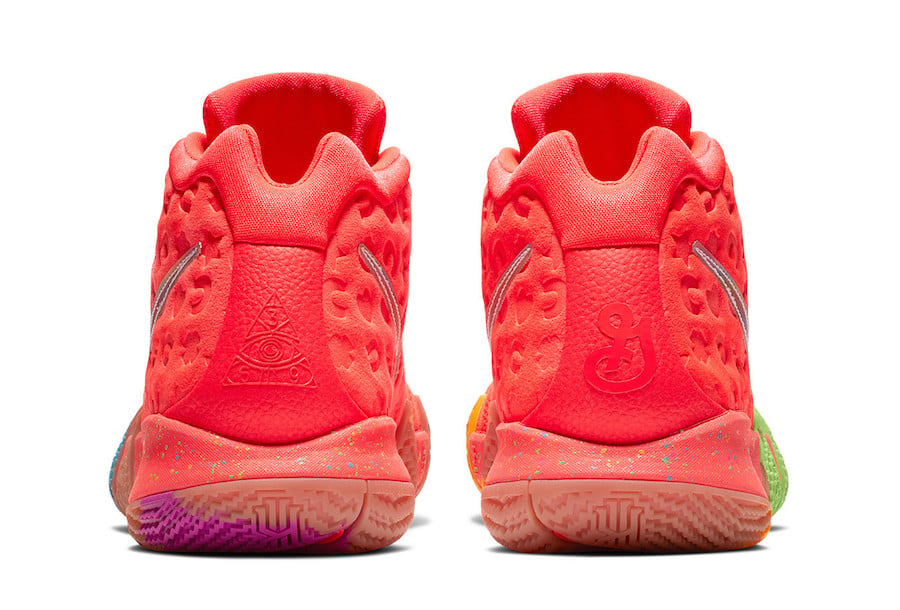 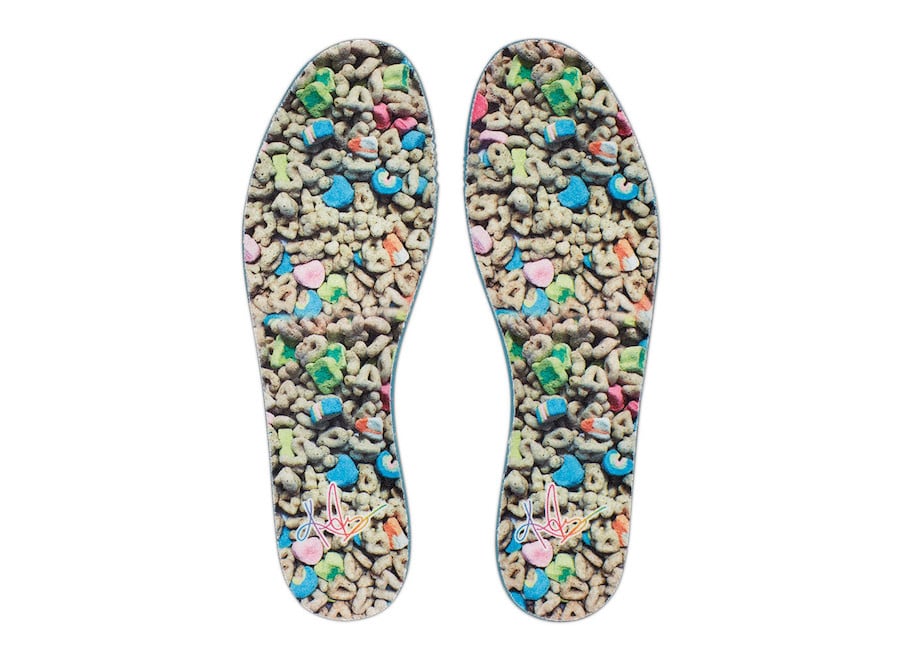 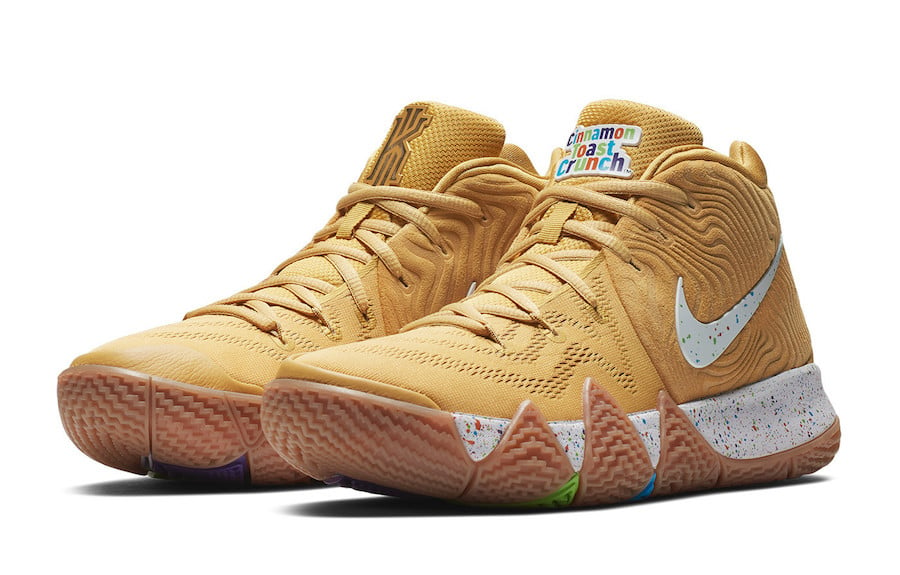 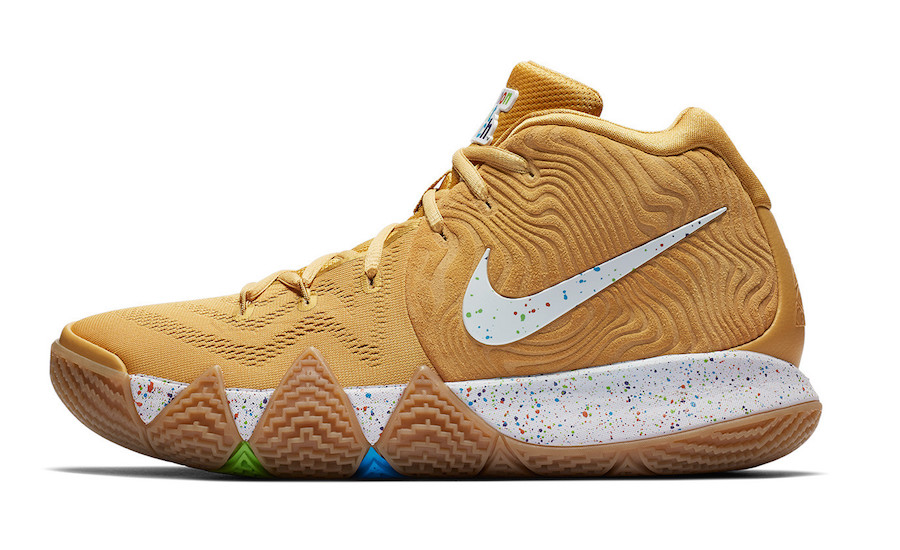 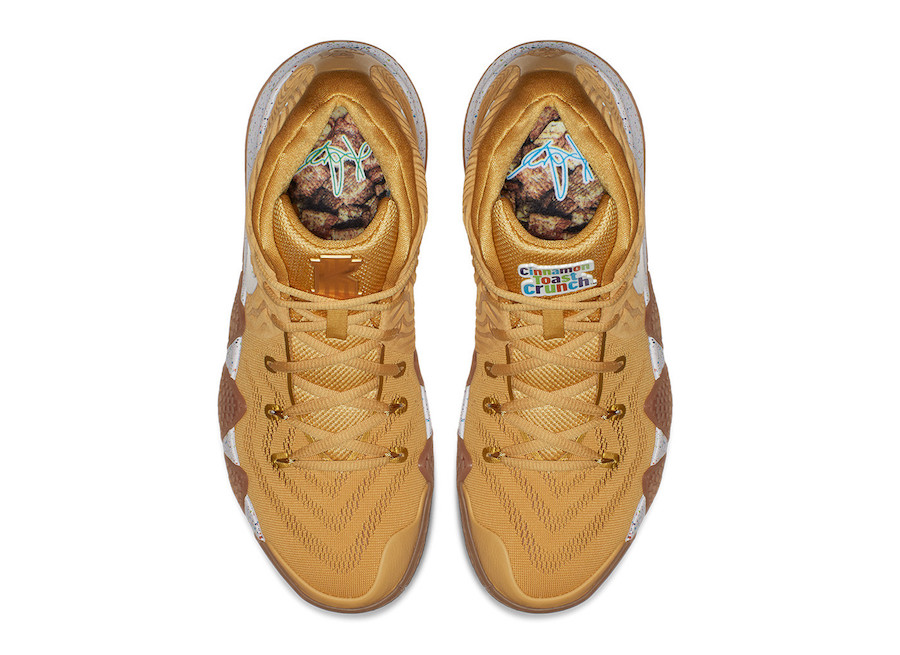 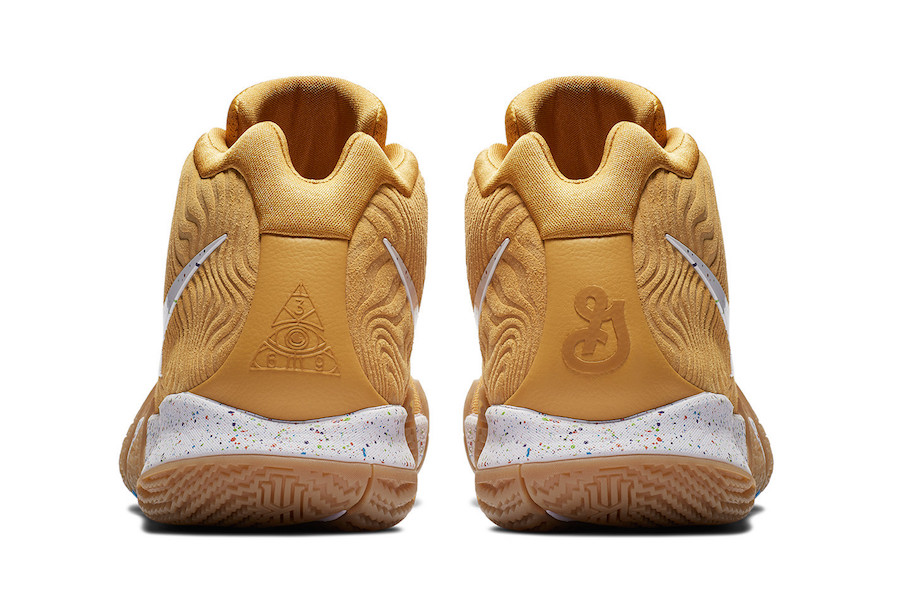 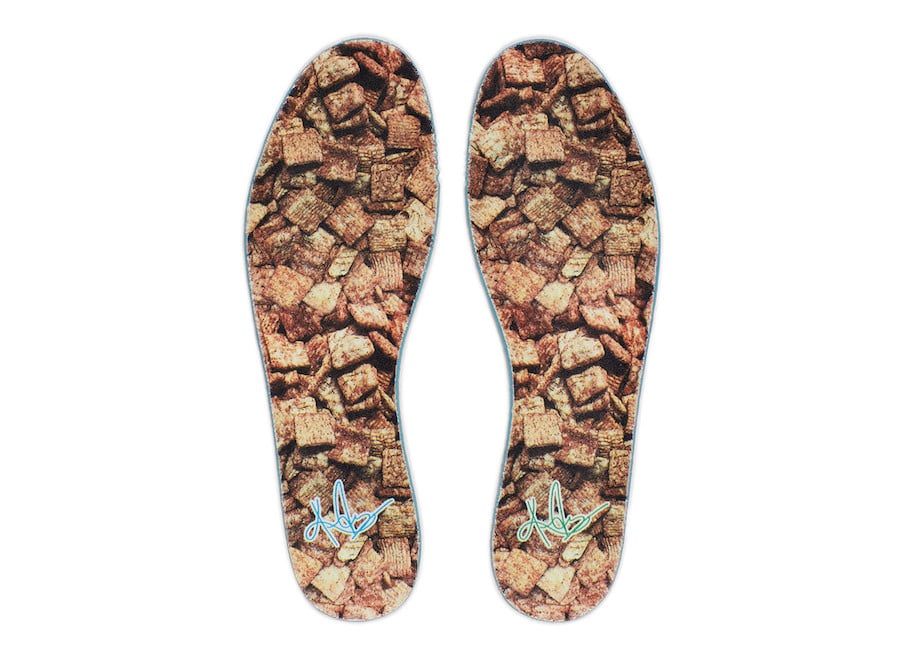 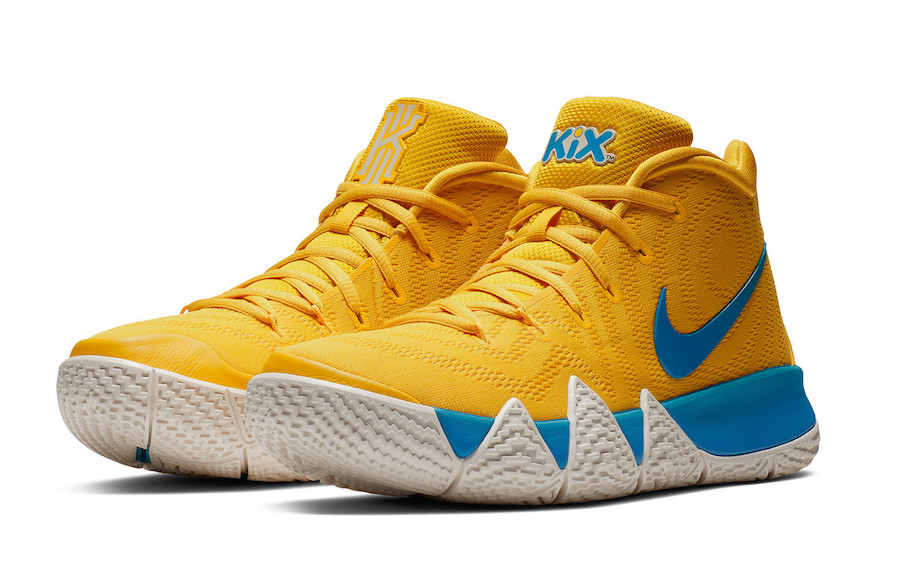 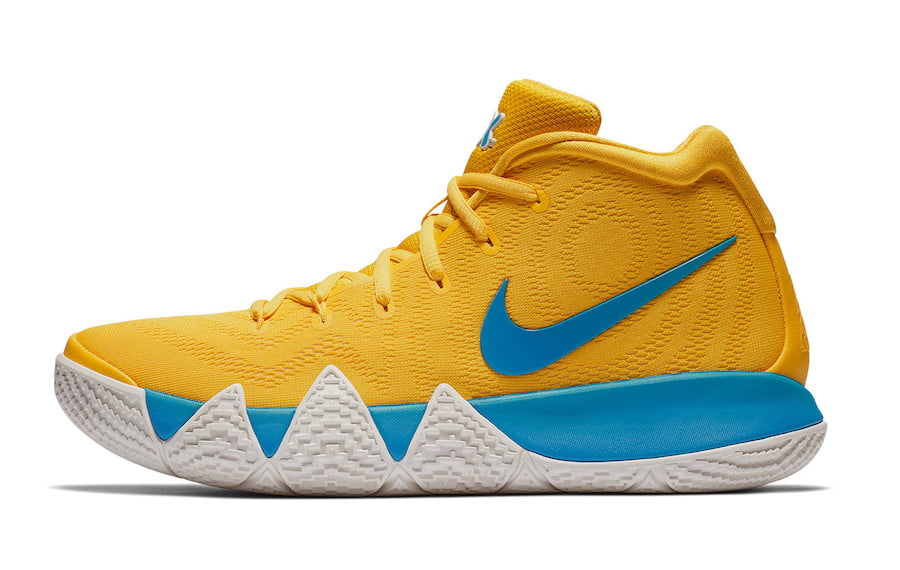 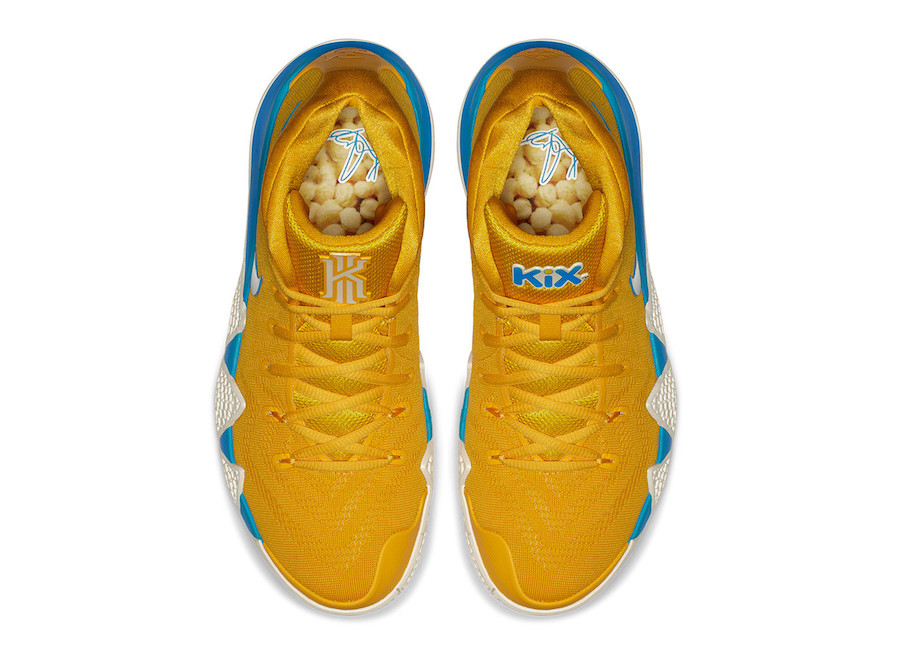 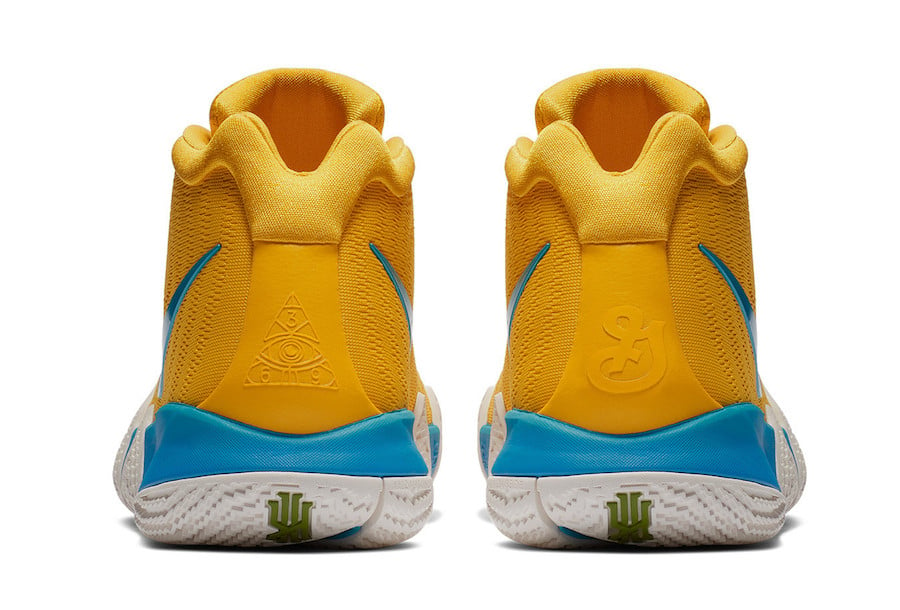 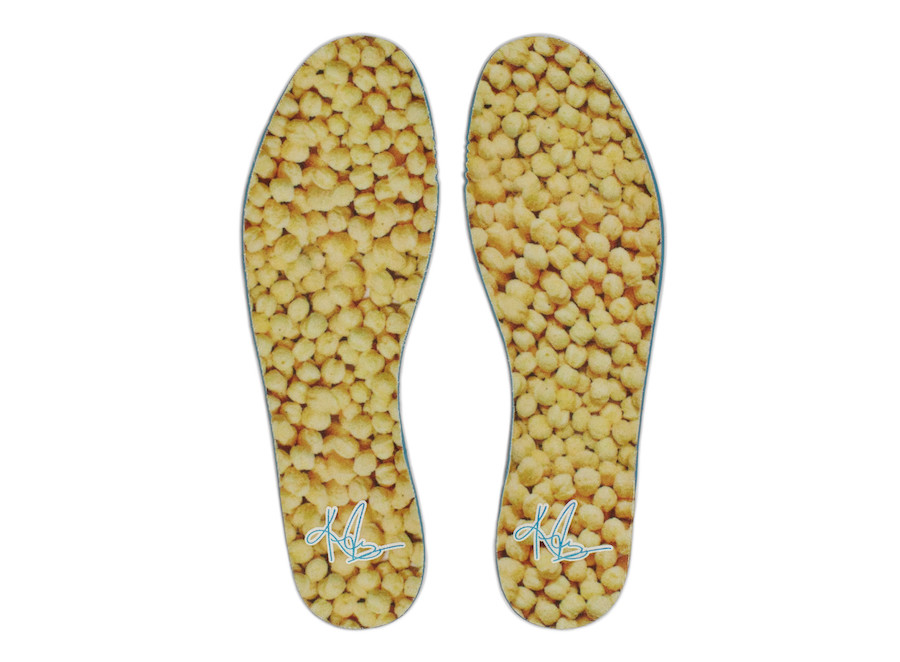 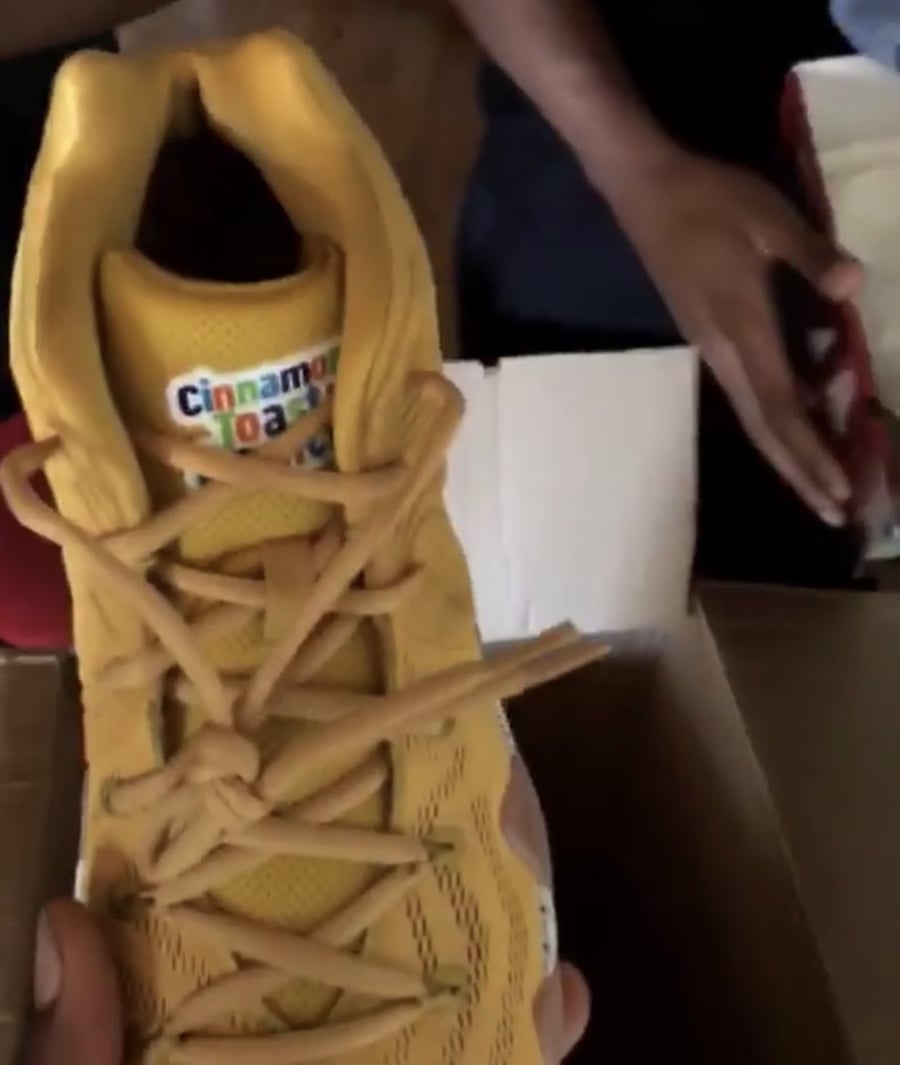 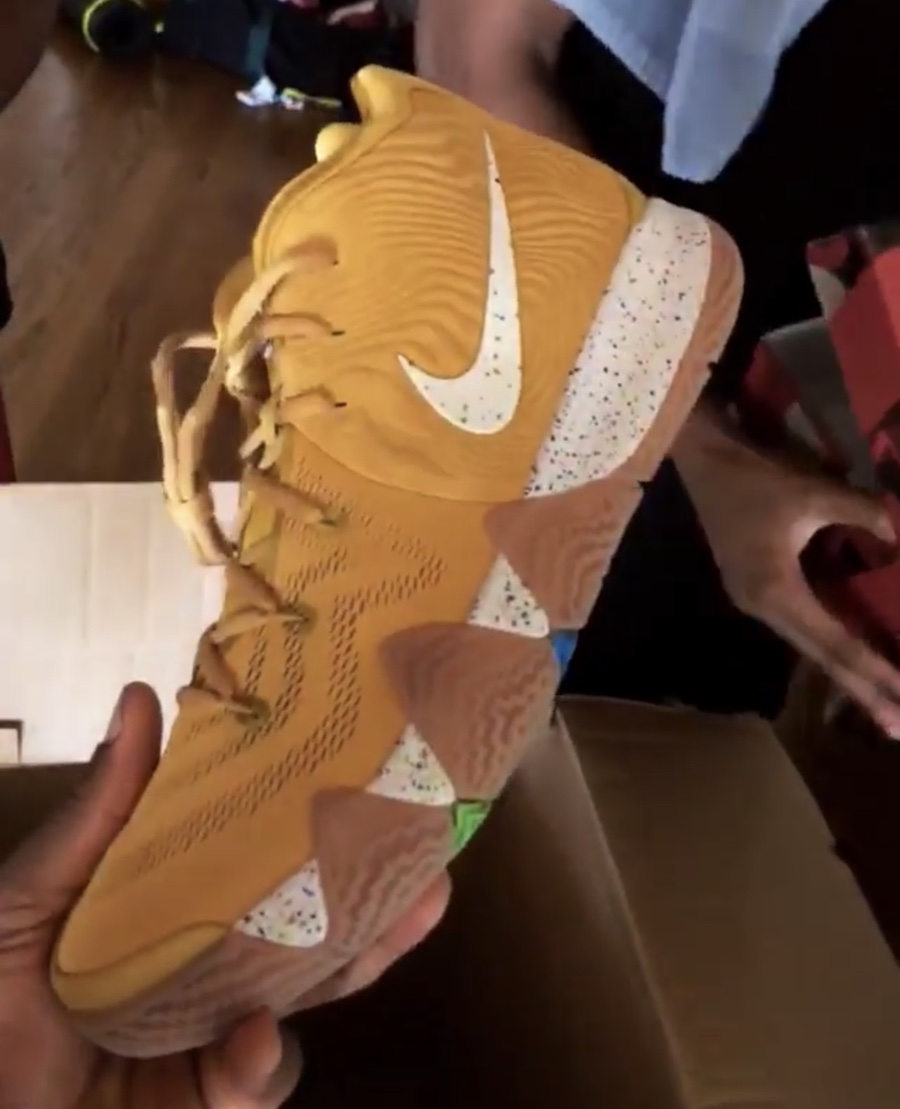 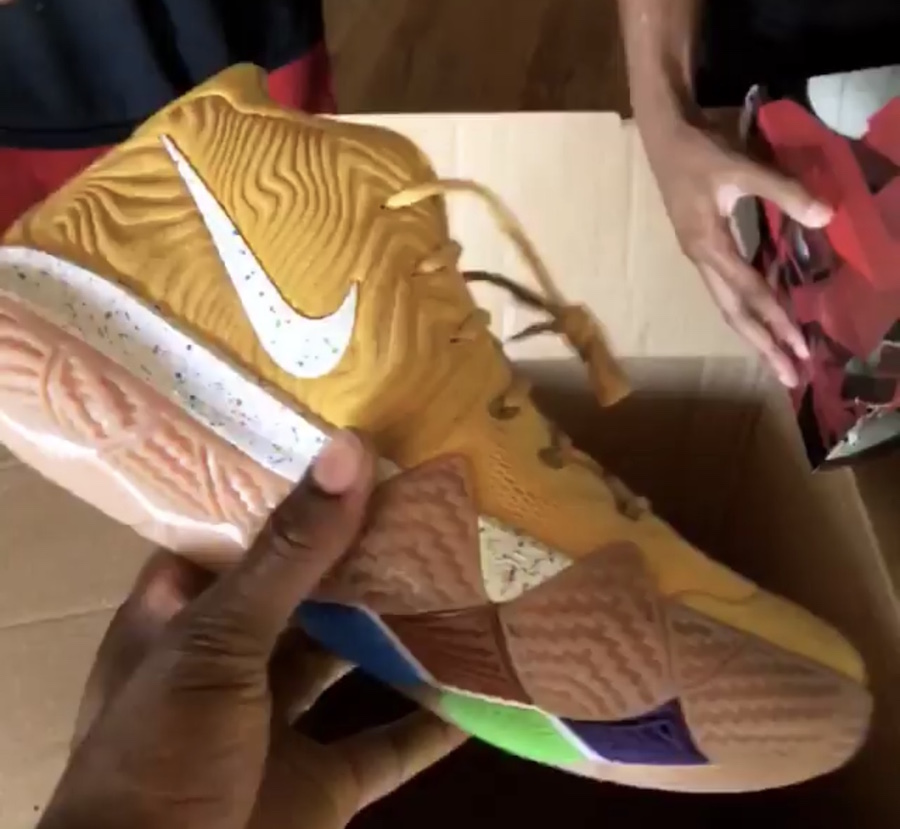 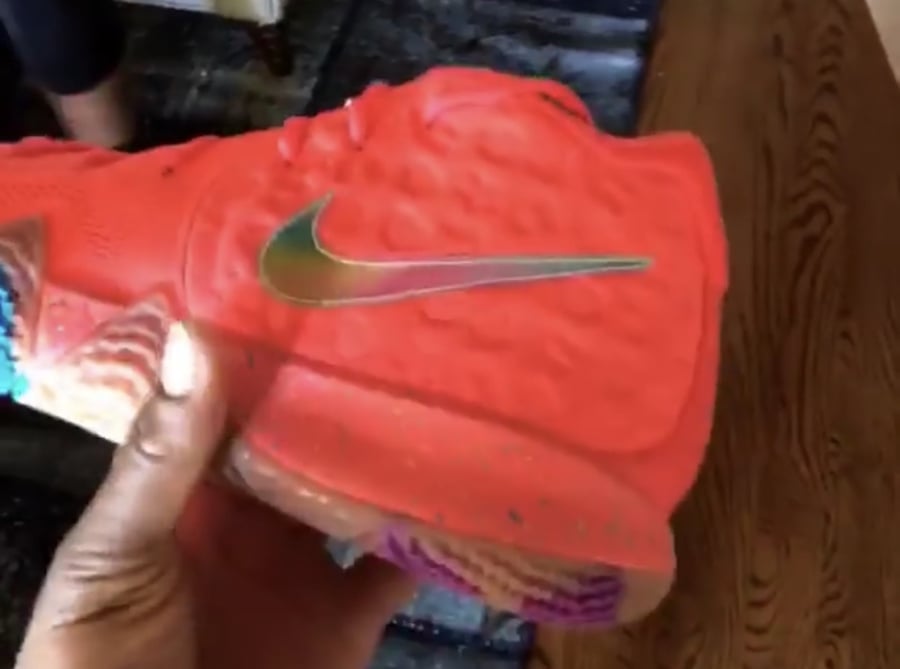 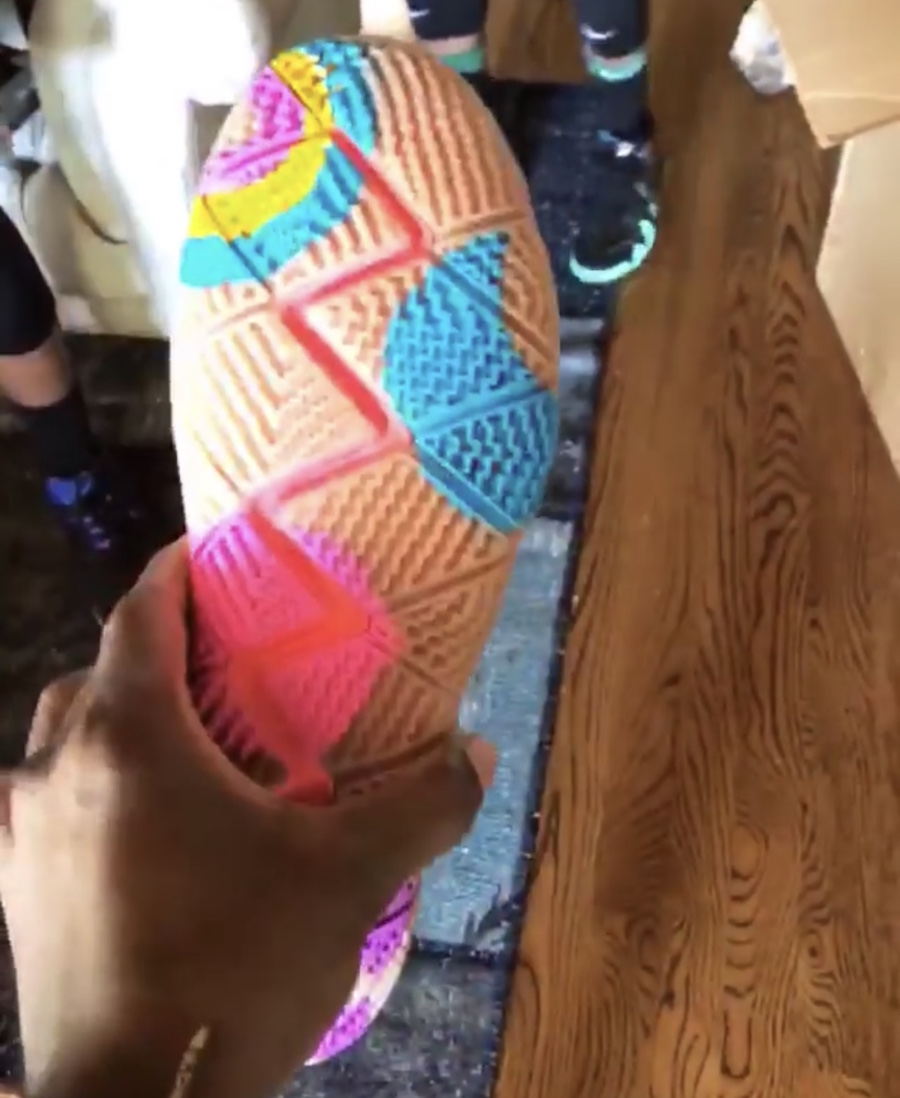 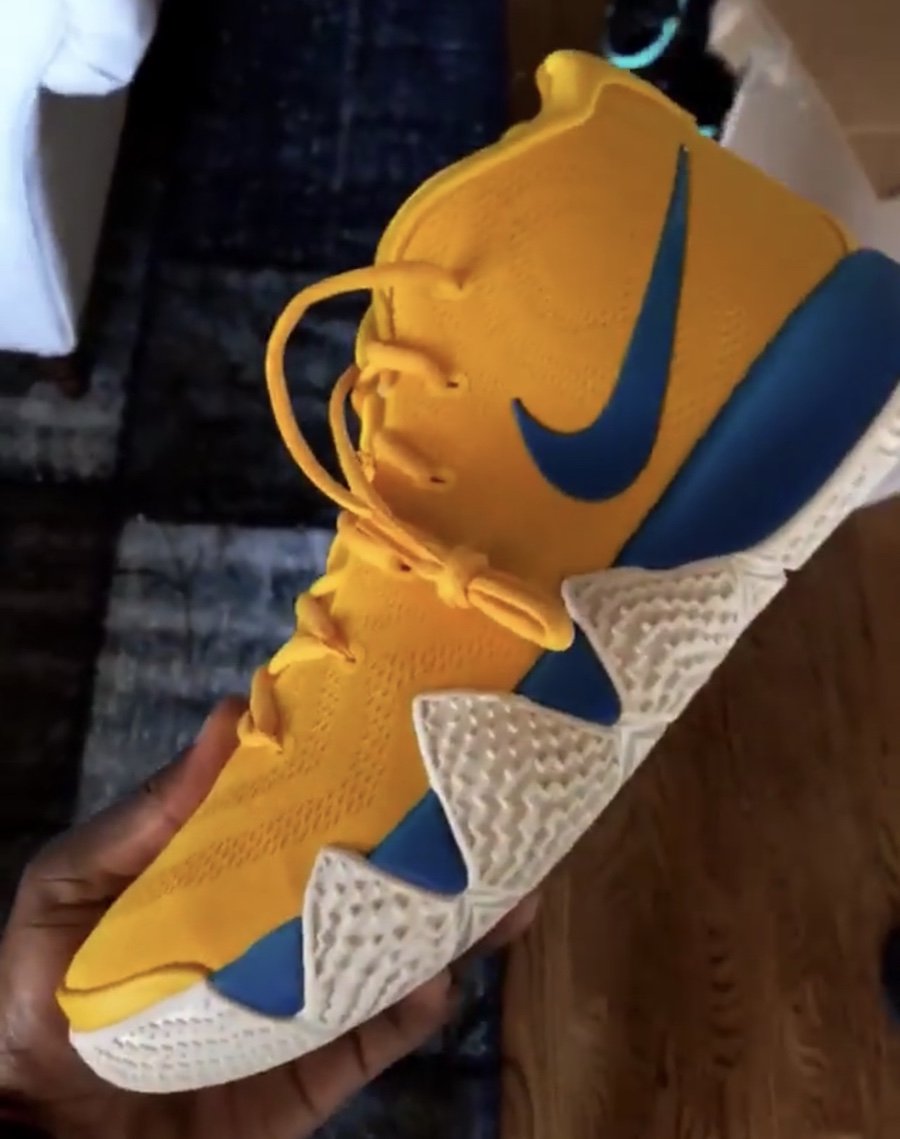 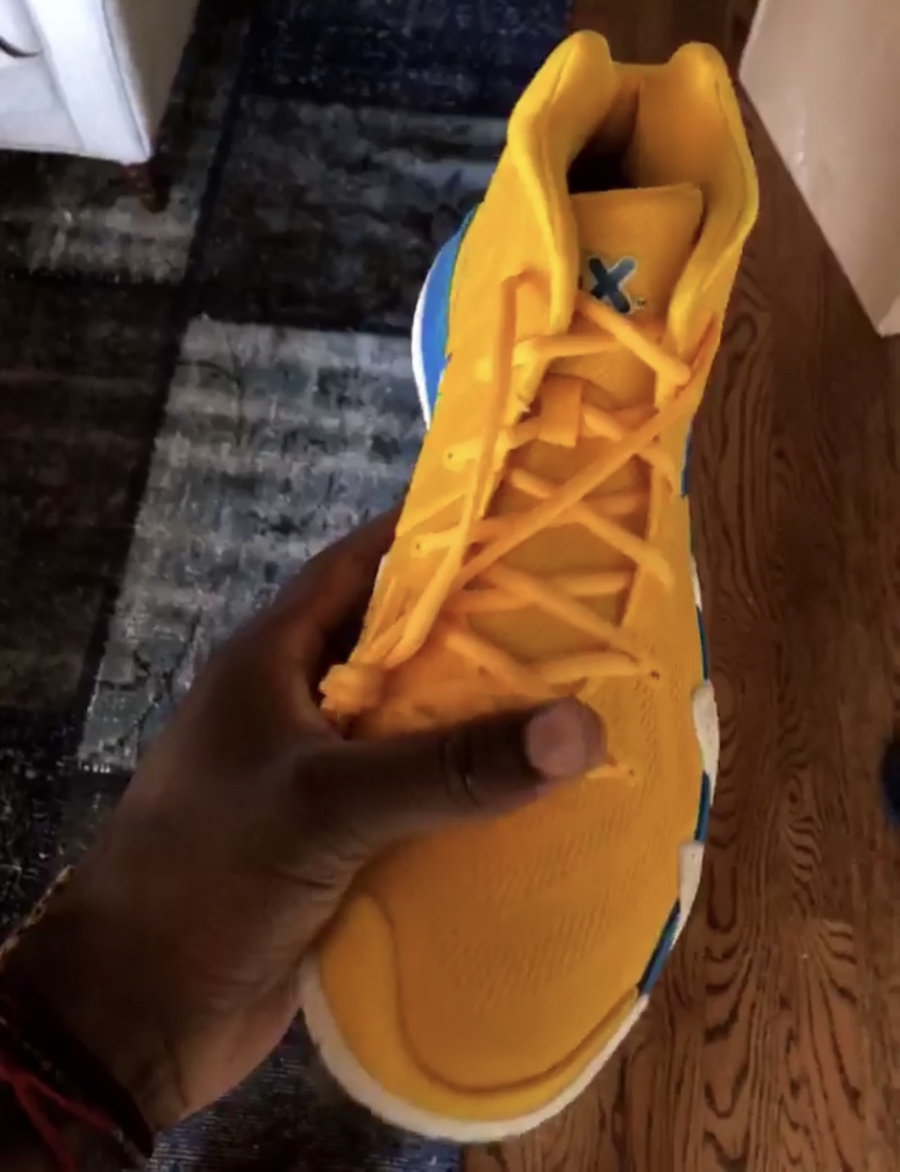