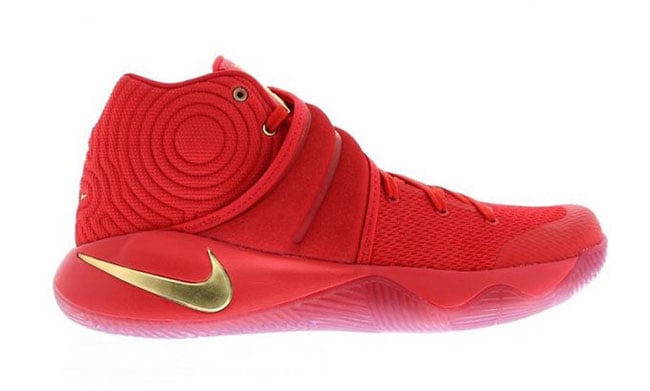 The Nike Kyrie 2 ‘Gold Medal’ will celebrate Kyrie Irving’s performance during the 2016 Olympic Games in Rio and bringing home the Gold medal, although the accomplishment has yet to be done.

This Nike Kyrie 2 features a University Red and Metallic Gold color combination that should attract many. As you can see, they feature predominate Red throughout which covers the base, midsole, mid-foot strap and tongue. Metallic Gold then lands on the Nike Swoosh, Kyrie branding and top two eyelets. Finishing the look is a translucent Red outsole.

The Gold Medal Nike Kyrie 2 will launch at select Nike Basketball retailers on August 22nd, 2016. Instead of the traditional $120 retail price, Nike has added a $140 price tag to the shoes. Check out additional images below and make sure to let us know what you think of them. 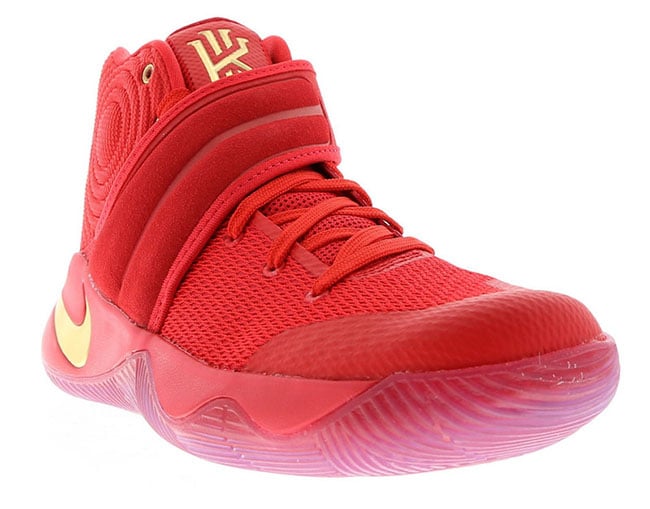 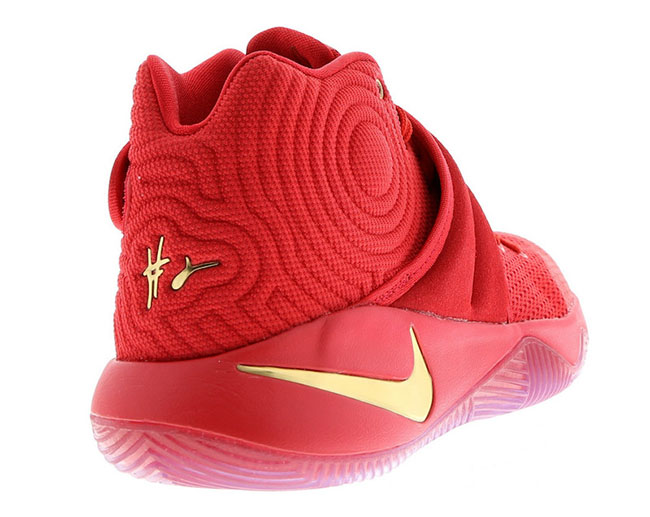 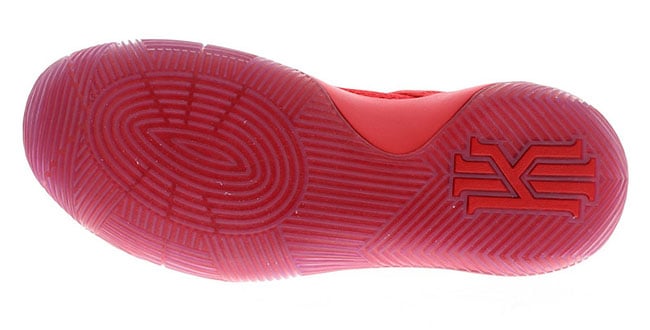