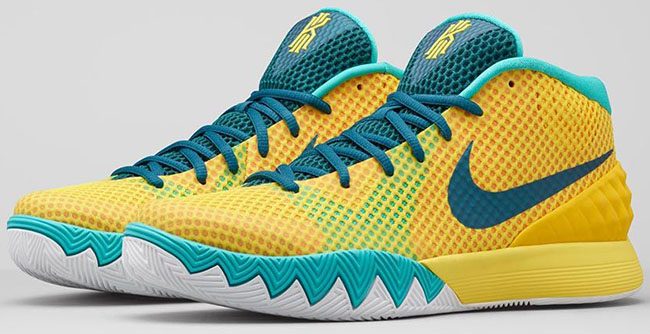 What was originally being called the Tour Yellow is now known as the Letterman Nike Kyrie 1. A shot out to his high school basketball team, St. Patrick High School.

While the shades used are not all directly tied to his high school playing days, the shades of green are tied to it. Featuring a tour yellow through the uppers, light retro lands on the liner, part of the midsole while the other half features white. Finally teal winds up on the tongue, swoosh and laces.

The Nike Kyrie 1 ‘Letterman’ will release on June 13th, 2015 and will retail for $110. Get a better look with these official images below. 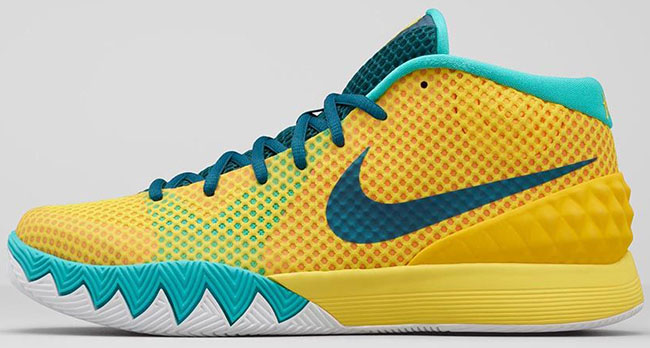 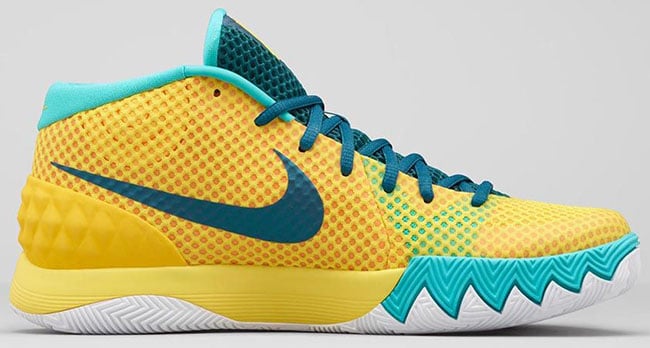 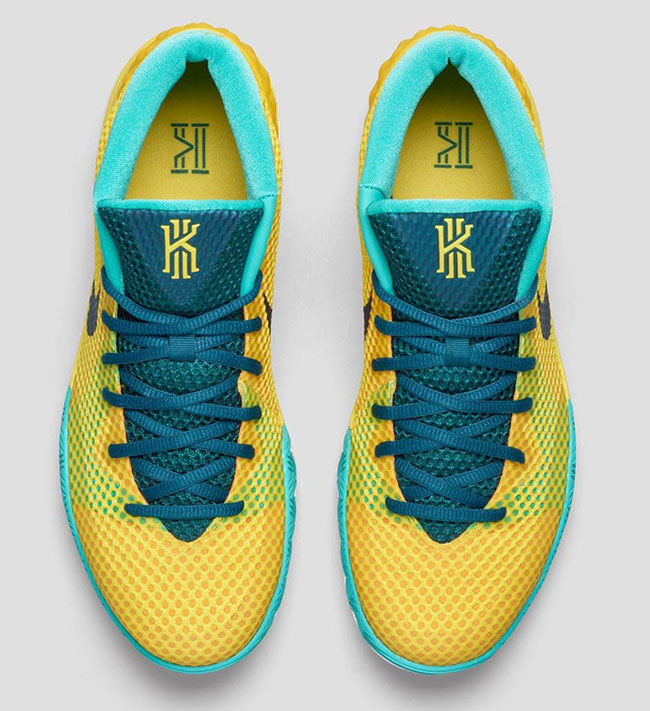 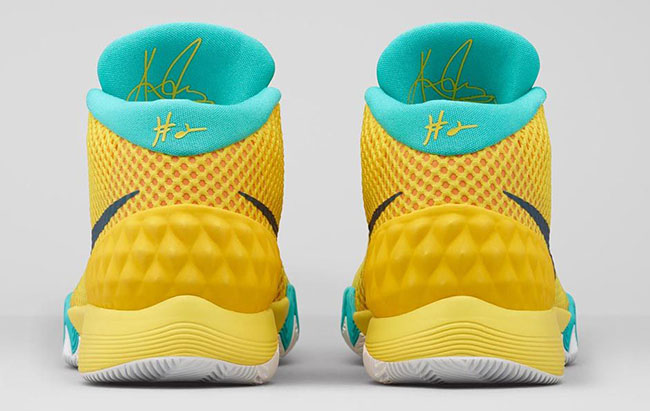 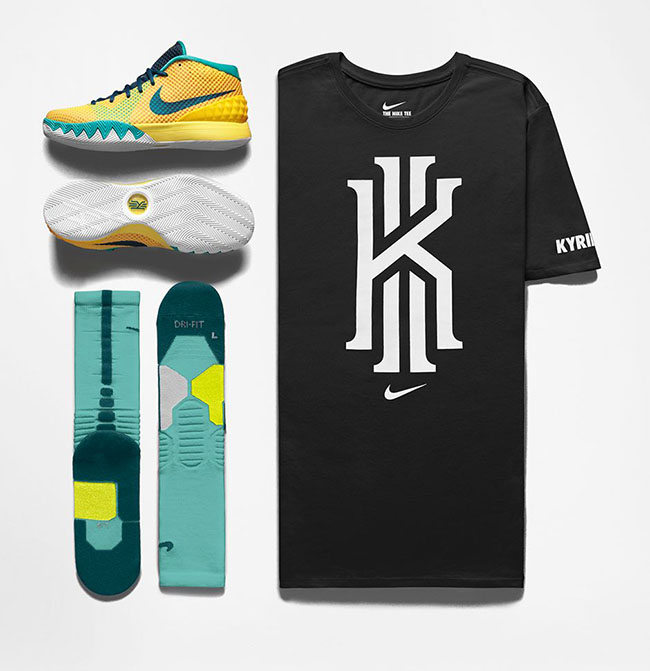