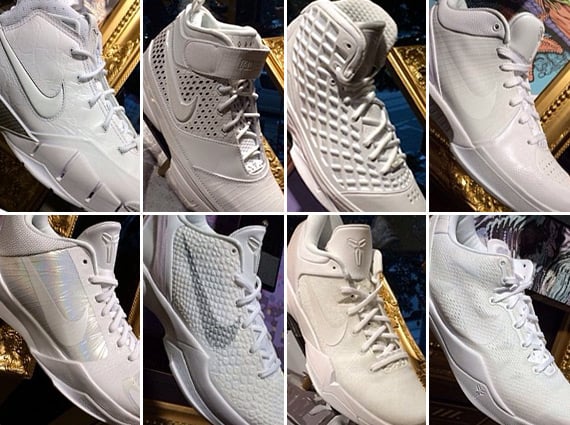 Things have really been picking up for both Kobe Bryant and the Nike Kobe line. With both the Nike Kobe “Prelude” Pack and recently unveiled Nike Kobe 9 dominating sneaker headlines across the board, Kobe’s season debut tomorrow could’t be coming at a better time. Seeing as how both of the previously mentioned pack will be releasing over the next few weeks, how would all of you sneakerheads feel about an all white collection of Kobe’s signature models? Apparently, at a Nike event out in Hong Kong this past week, such a collection was put on display. Read on after the jump to check out a few more looks at the monochromatic collective grouping and be sure to drop us a line in the comments section below. 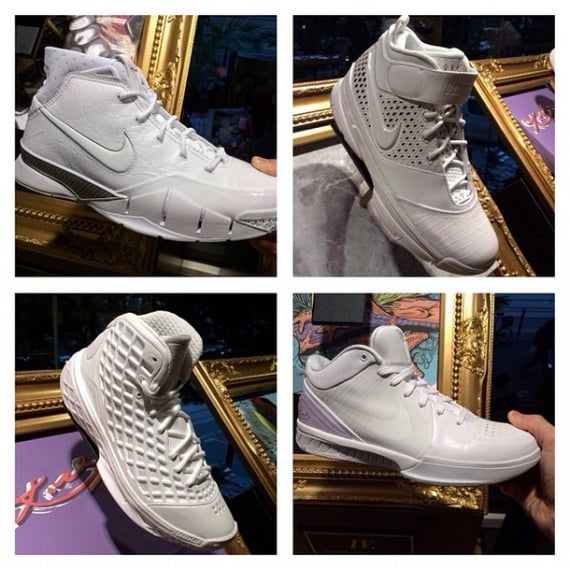 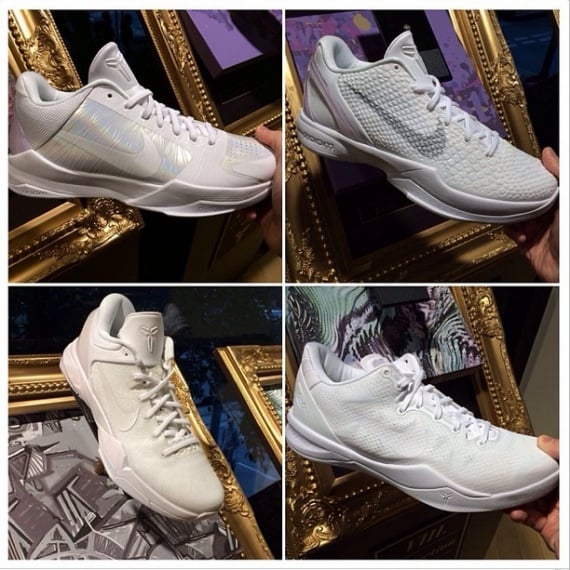