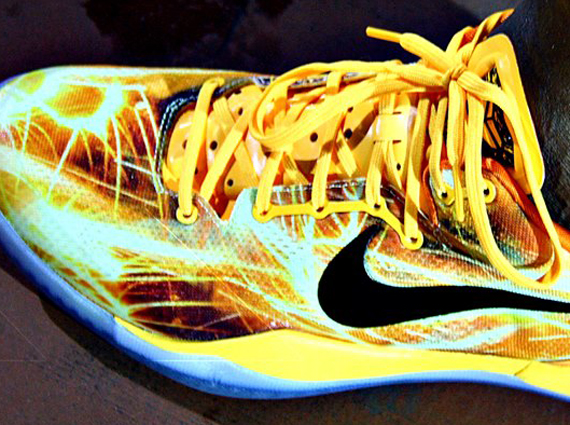 When first images of the Nike Kobe VIII (8) System “Spark” first emerged, many were quick to call it a “Bruce Lee” offering. Although this latest model resembles a similar colorway to that of the 2010 Nike Zoom Kobe V (5) “Bruce Lee”, there are quite a few differences. Let us explain…

While this new Nike Kobe VIII (8) dons yellow, black, and subtle orange accents, its Engineered Mesh upper takes on an unusual design considering its high-enegry inspired graphics which could also suggest an electric current of some sort. Thinking in terms of Kobe Bryant’s snake alter ego, there could very well be another underlying theme that’s yet to be announced. “Yellow Boa”, perhaps? Who knows.

Until a final word is given, check out more of the Nike Kobe VIII (8) System “Spark” below and keep it here at Sneaker Files for more on a stateside release. 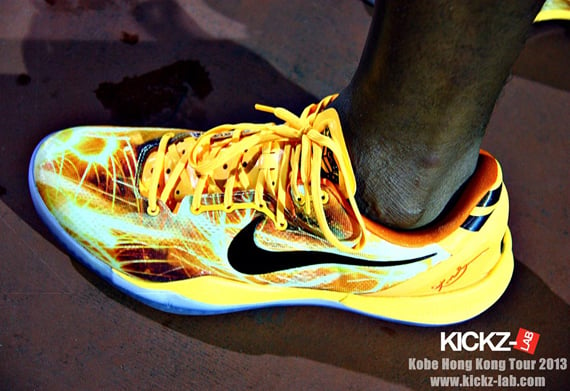