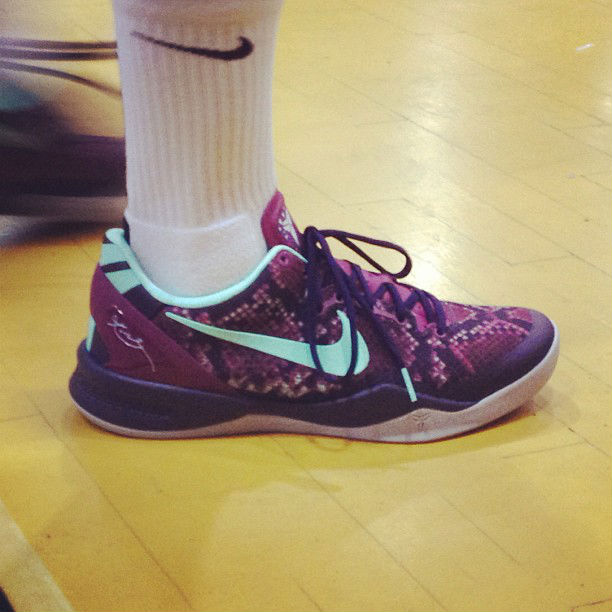 All Summer long, the Drew League has gave way to some of the best in basketball action and also the hottest of on-court kicks. We’ve seen it all from Gilbert Arenas in the Nike LeBron X “Championship Pack” to Kevin Durant’s Nike KD VI (6) “Drew League” PE, and now, today brings a first look at the Nike Kobe VIII (8) System “Pit Viper”.

Spotted by Jacques Slade of The Week In Sneaks, our first look at this Nike Kobe VIII (8) reveals an unseen snakeskin graphic upper that resembles that of a Viper snake in a court purple motif which also displays contrasting green glow accents. Could this be the latest Mamba release en route?

Share your thoughts on the “Pit Viper” in our comments below and stay tuned for more news and updates.