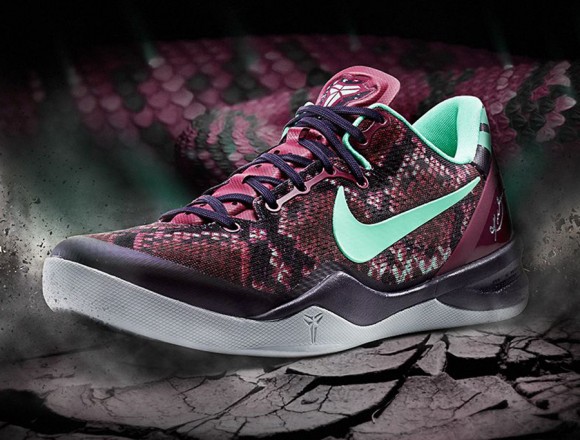 As hot as the Nike Kobe VIII (8) System has been this year, Nike has no plans of slowing down anytime soon. As fans of this signature series can’t seem to get enough of the recent “Barcelona” drop, the “Pit Viper” will look to steal the show in just a few weeks. Digging a bit deeper, this Kobe model takes inspiration from the venomous viper snake and its skin pattern as reinterpreted through Nike’s use of a photo-realistic upper. Moreover, this sneaker sees an official “Purple Synasty/Green Glow-Raspberry Red” colorway and includes a black and grey contrast outsole for a complete finish. 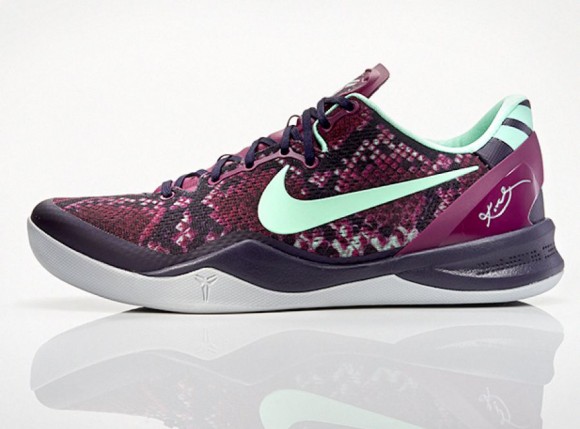 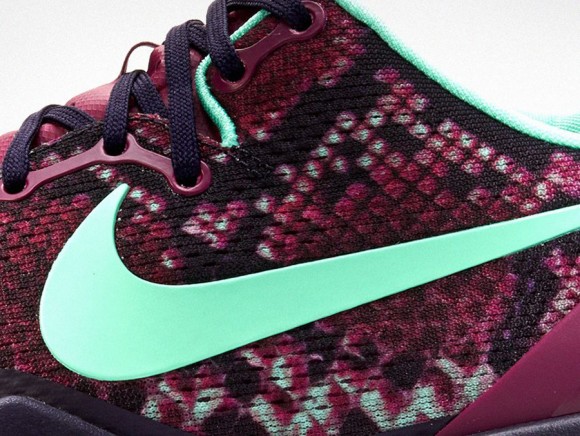 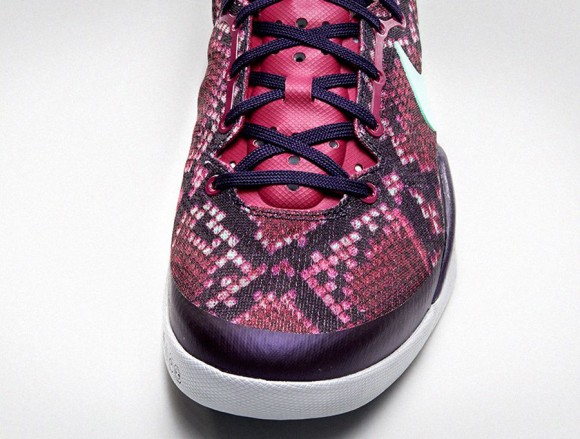