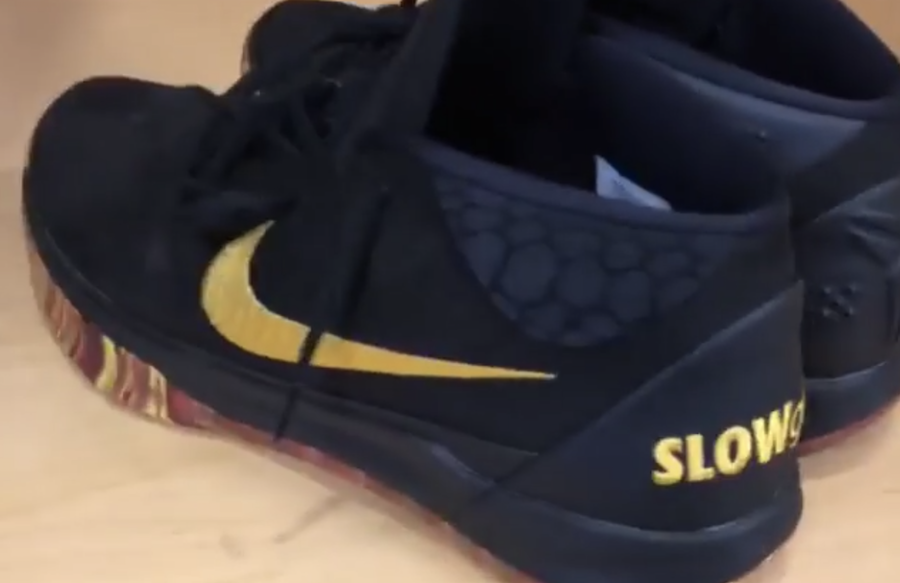 Isaiah Thomas is getting closer to making a return on-court while playing for his new team, the Cleveland Cavaliers. While playing with the Boston Celtics his go to model was the Nike Kobe AD. Recently he showcased his exclusive which is the Nike Kobe AD Slow Grind PE.

As you can see this Nike Kobe AD comes dressed in predominate Black. Following we have Yellow embroidered on the Nike Swoosh while on the heel is Slow Grind in the same shade. Finishing the look is a Yellow and Red marbled outsole for the Cavs.

More than likely the Slow Grind Nike Kobe AD PE will stay an exclusive to Isaiah Thomas. However if Nike Basketball decides to release them, we will make sure to update you. Below you can check out more images which will give you a closer look. 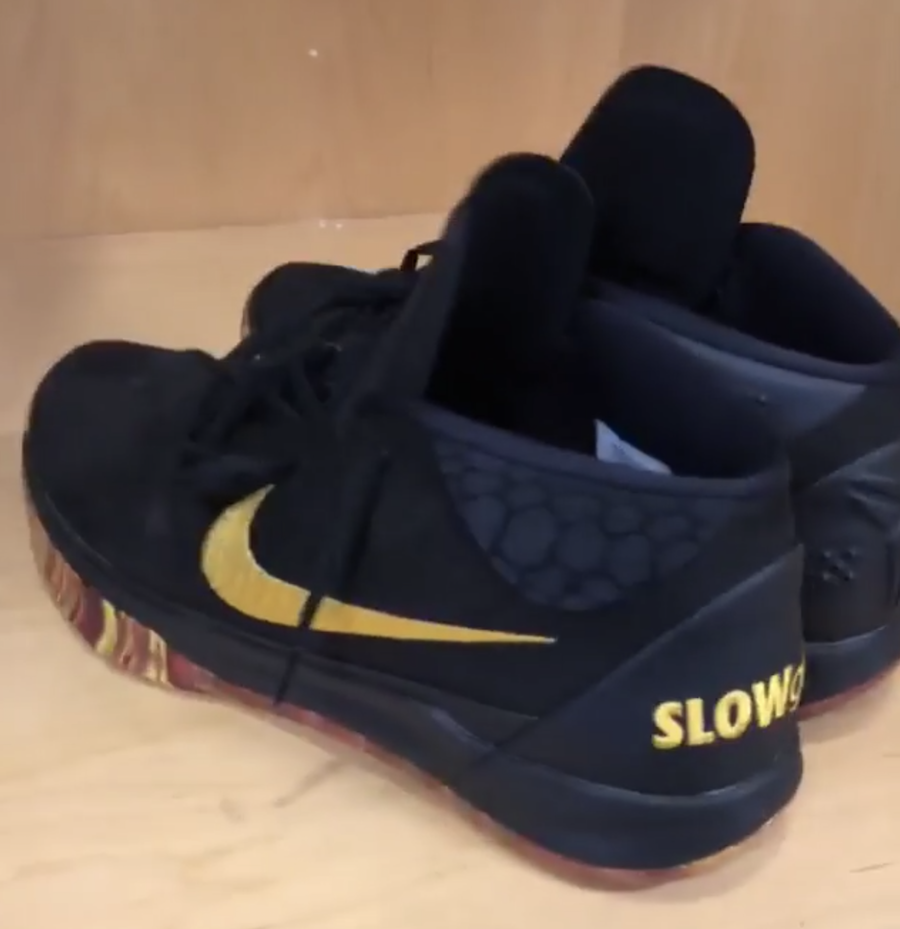 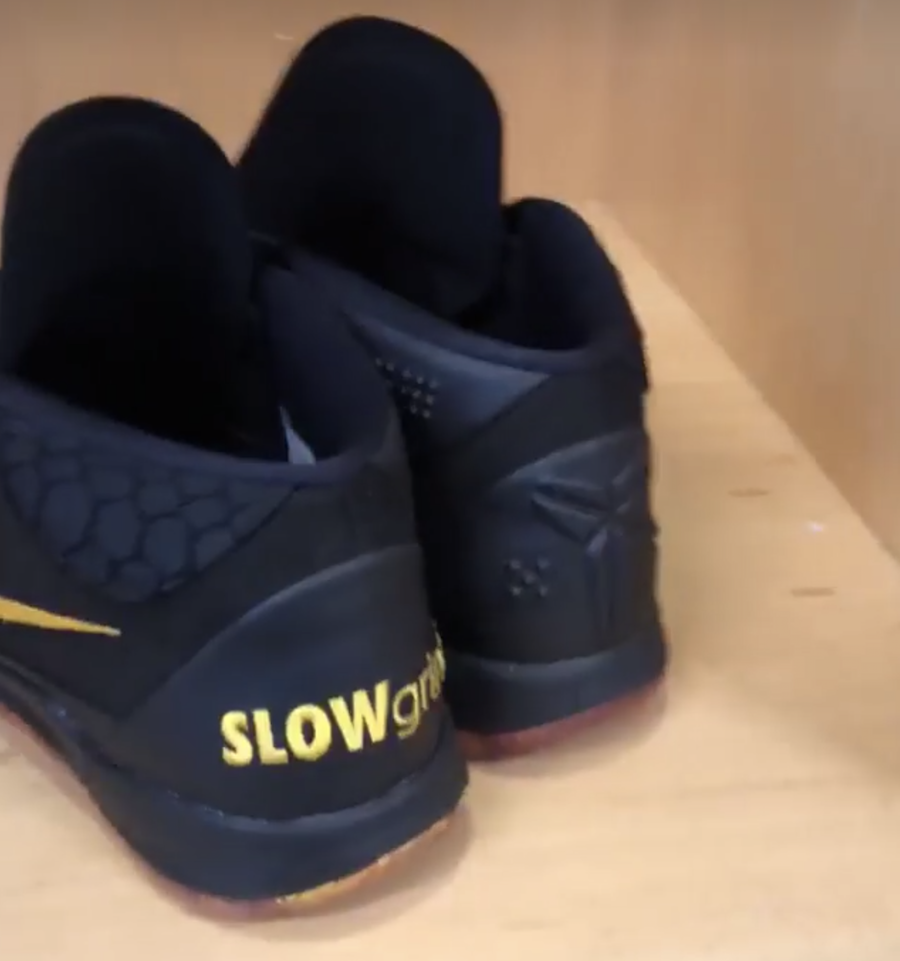 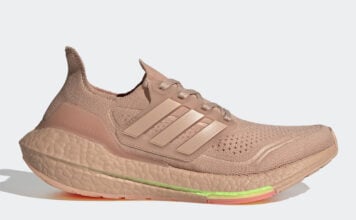