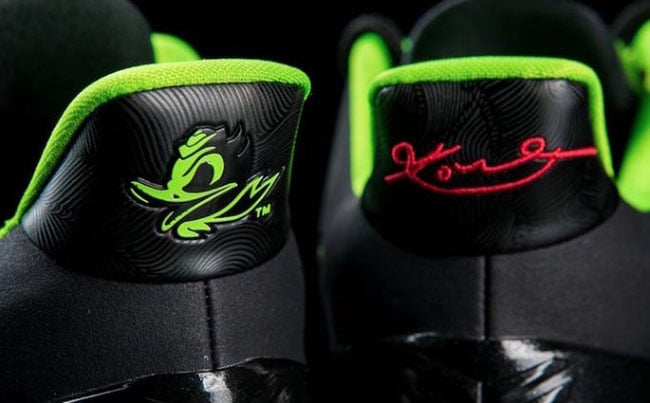 Oregon Ducks is getting yet another Player Exclusive. They are set to wear the Nike Kobe AD Oregon Ducks PE tonight against the Utah Utes.

This Nike Kobe AD will be worn by the squad as they are having another great season. Looking closer, you will see that they feature predominate Black across the uppers while Green highlights the base. Following we have the Oregon Ducks mascot on the heel, Glow in the Dark accents and a feathered midsole. Completing the look is Kobe Bryant’s signature in Red on the heel while the outsole is done in Green.

Below you can check out more images of the Oregon Ducks Nike Kobe AD PE. You can also watch them rock the PE on-court tonight at 6PM PST on ESPN. Visit the comments section below to let us know what you think of them.

Lace up and change the game up. The customized Kobe A.D. shoes for the Utah game. #GoDucks pic.twitter.com/bmQhlre3hc 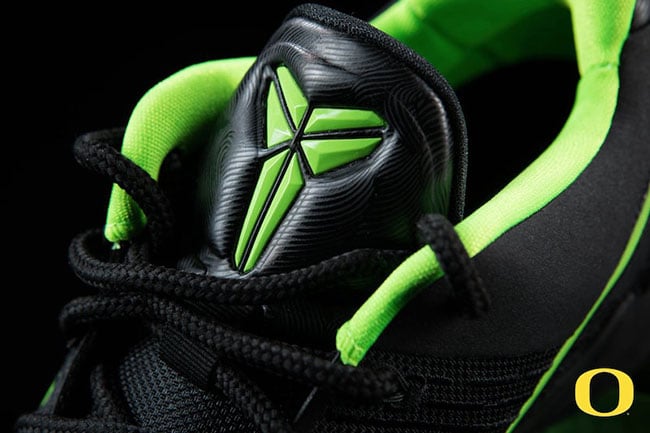 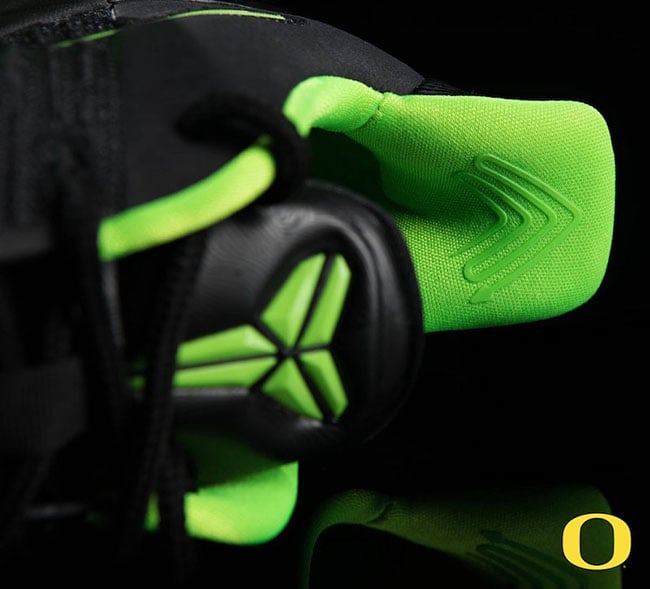 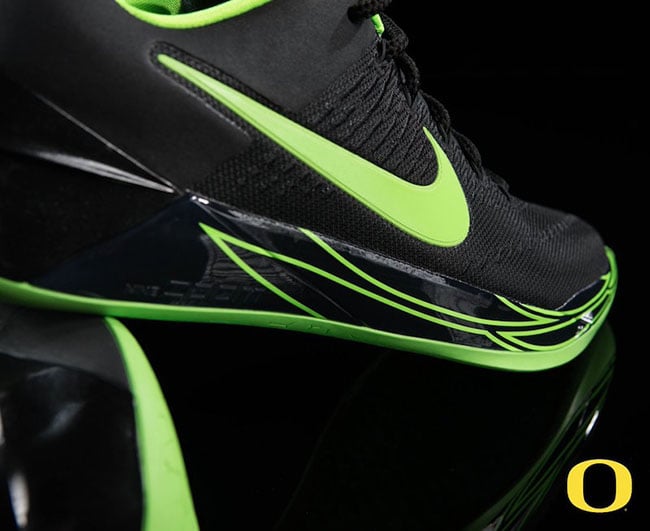 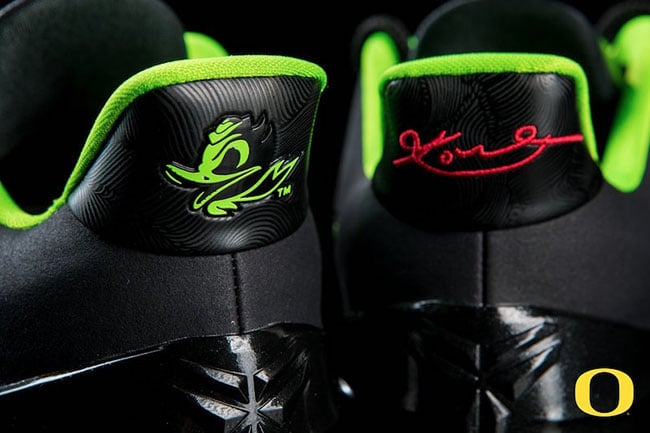