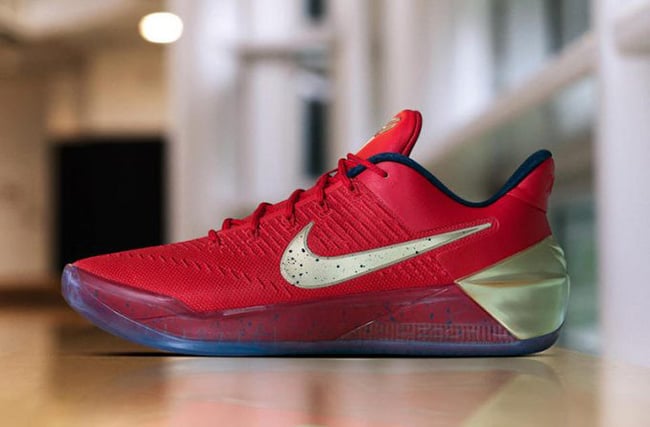 Buddy Hield, shooting guard of the New Orleans Pelicans will also have his own Player Exclusive from Nike Basketball. One of the first Hield will receive is the Nike Kobe AD.

This Nike Kobe AD comes in a Red and Gold color scheme. As you can see, Red covers the panels while running across the tongue and heel. In addition we have Metallic Gold featured on the tongue branding, wrapping the heel and Nike Swoosh. Navy is then spotted across the liner while speckled on the transparent midsole and Swoosh. Finishing the look is an icy Blue translucent outsole.

Below you can check out additional images of the Nike Kobe AD Buddy Hield PE giving you a better look. Let us know what you think of this Player Exclusive in the comments section. Should Nike Basketball release them? 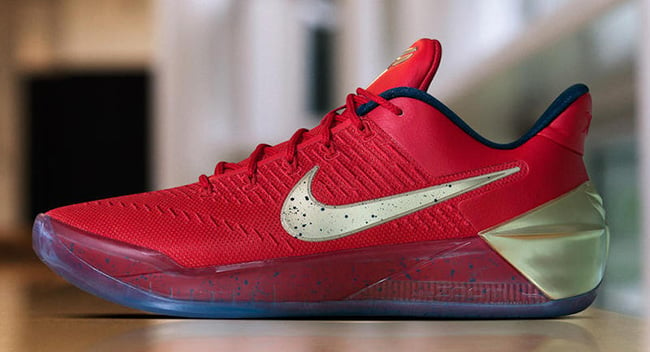 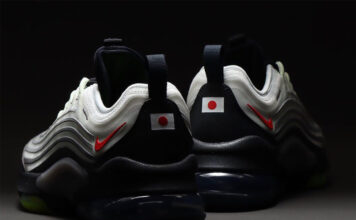