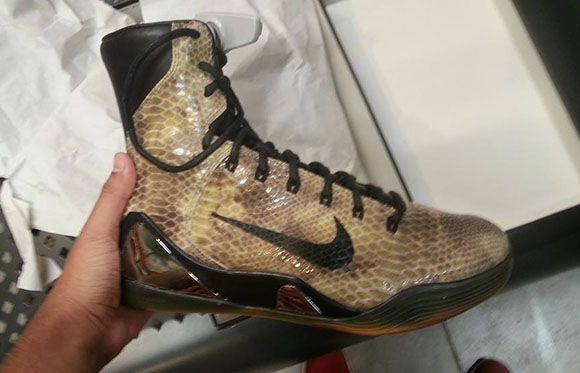 First shown by Vanessa Bryant was this pair of Nike Kobe 9 EXT known as Snakeskin. Today new images of the shoes leaked and it appears they are releasing.

There are some differences between the version Vanessa showed and these since Vanessa’s is a GS, the mens version has a gloss shine finish.

Once a release date and retail price is known we will update you. What do you think of the ‘Snakeskin’ Nike Kobe 9 EXT? 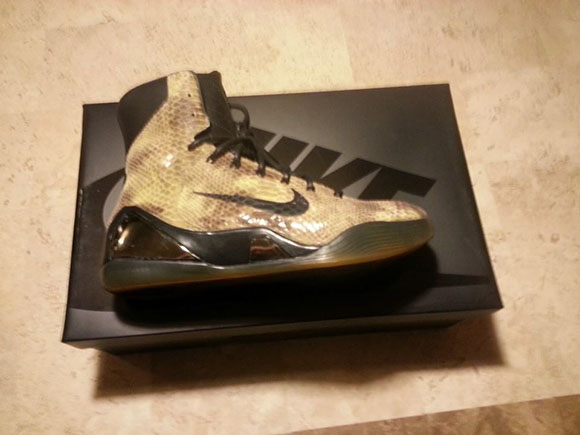