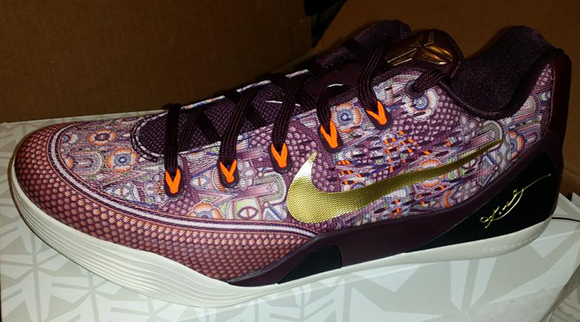 The first release for Kobe Bryant and the Kobe 9 will be early in 2015 and will be the pair shown. Now we don’t know the nickname for the shoes or a back story just yet but due to the amount of insane graphics used, we know this can’t be a regular release.

Now it is possible this pair of Nike Kobe 9 EM could be for Chinese New Years, although the release is a bit early, it could be due to the Kobe 10 coming in February. Why do we think this pair could be the China Nike Kobe 9? The use of red and gold while there are some familiar flowers throughout. 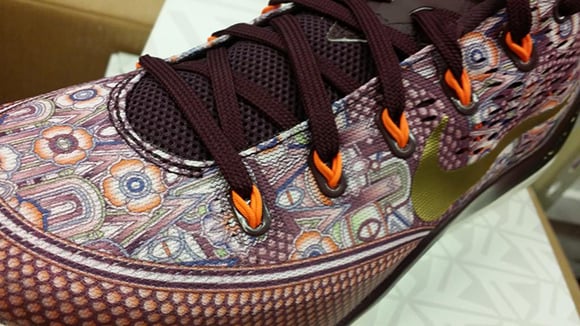