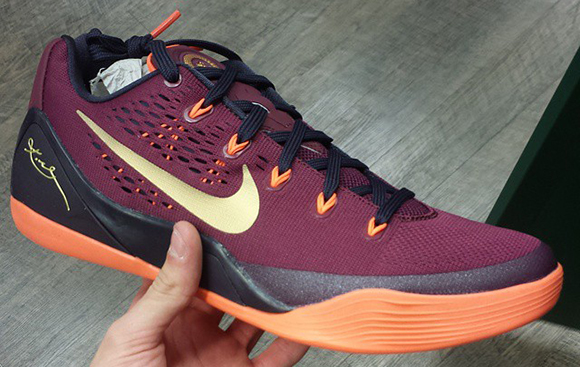 We have a few Kobe 9’s releasing soon and you can add one more to the list. Coming next month is this Nike Kobe 9 EM which we will call ‘Deep Garnet’.

The base of the Kobe 9 EM uses deep garnet, obviously why we are nicknaming them. Hyper crimson can be seen on the eyelets and outsole but are sure it runs into the sole. Metallic gold is seen on the swoosh and Kobe’s signature on the midsole which is black. Some other details of black are on the laces and liner.

The release date for the Nike Kobe 9 EM ‘Deep Garnet’ is scheduled for December 13th, but it isn’t locked in. Check back for more images and info.