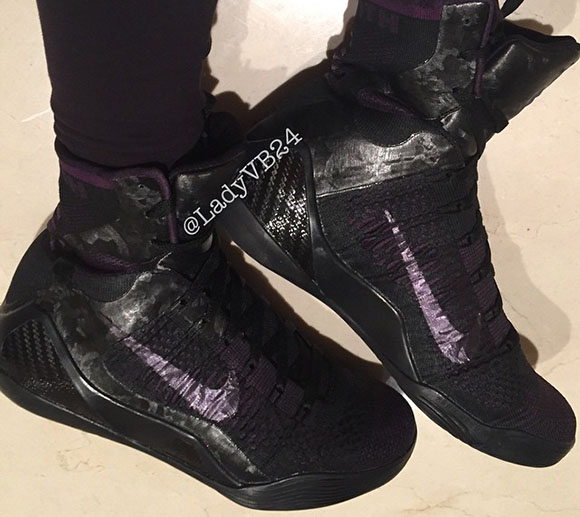 Vanessa Bryant has received many pairs exclusively from her husbands signature series line. Some would eventually release later but she gave us a first look. We are not saying this pair is expected to release, but she recently shared the Nike Kobe 9 Elite being called ‘Blackout’.

Similar to the pair of Kobe 9 EXT releasing later this month, the difference between Vanessa’s pair is they do not have the chrome window at the heel and it appears this pair uses a deep purple on the swoosh and liner although it could be the camera used.

Would you like to see Vanessa Bryant’s Kobe 9 Elite release or the EXT already planned?