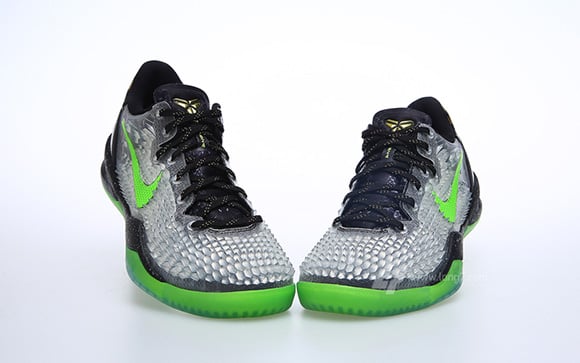 While the Kobe 8 continues dropping left and right in new colorways, we get a look at a completely new texture that will have sneakerheads jumping out of their skin. This Kobe 8 SS, which may stand for Snake Skin or Silver Snake(neither confirmed), have an upper that pops off of the shoe meaning it has an almost 3D effect as it raises off of the kicks. The rubber scales with the new design are silver along with the speckle on the black midsole. Another feature that helps these new kicks stand out is the loud green throughout these sneakers, the sole is a translucent green while the Kobe and Nike branding also take on the Electric Green. Braided laces and hints of gold finish off another dope pair of Kobe’s that are said to be dropping the day after Christmas, December 26th at Nike retailers such as Foot Locker

Do you plan on copping the Nike Kobe 8 SS? Let us know in the commments section below and stay tuned to Sneakerfiles for Kobe’s and more! 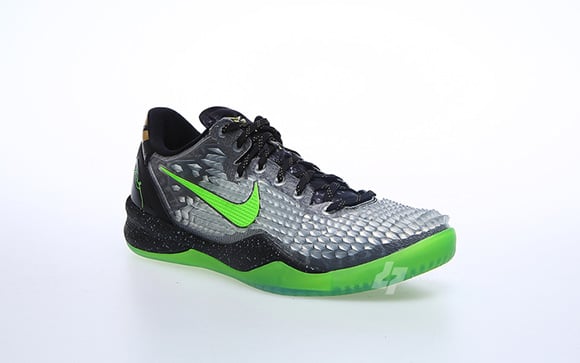 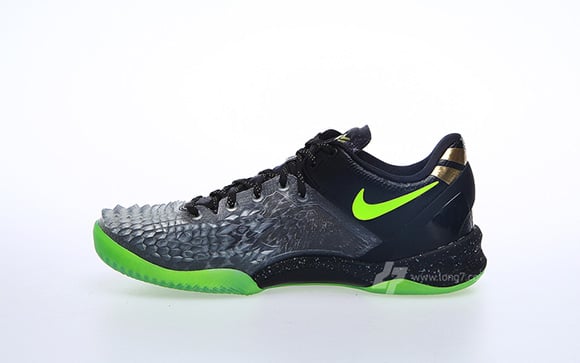 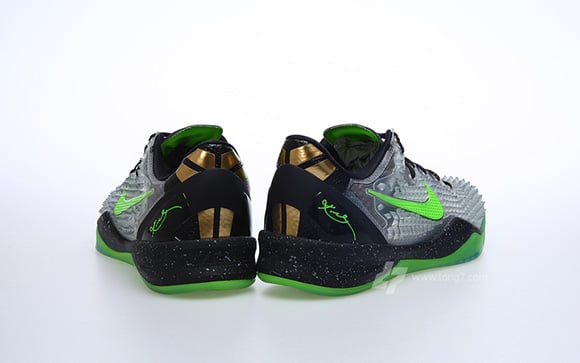 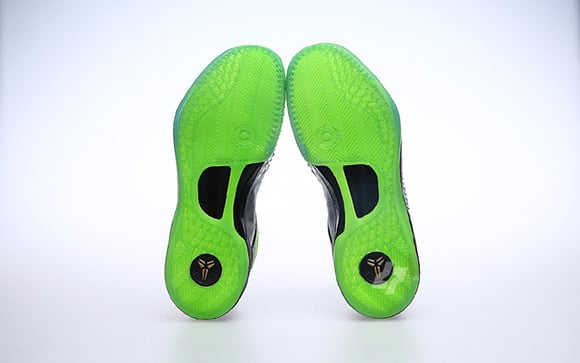 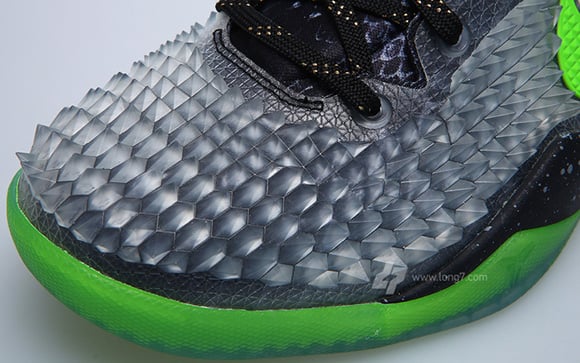 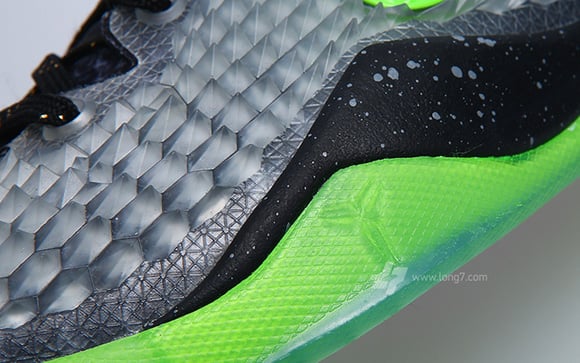 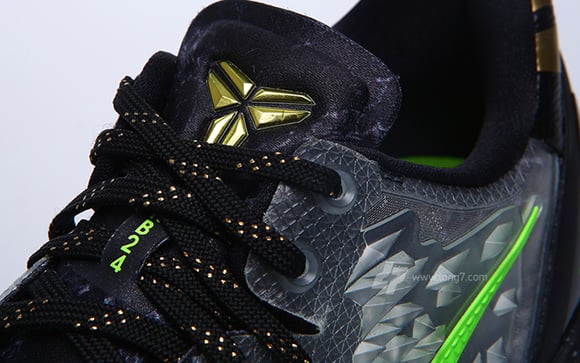 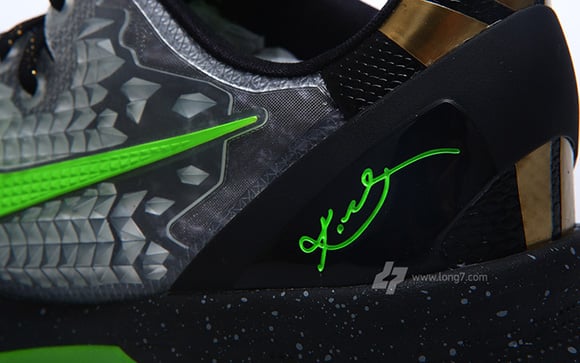