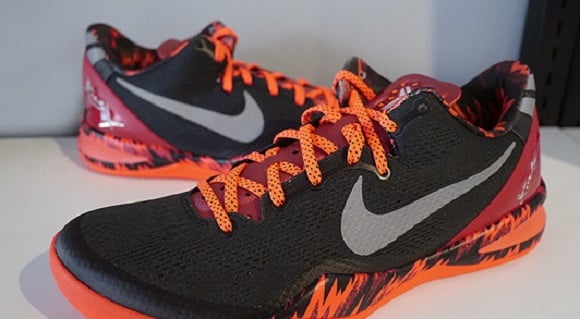 Featuring the same jagged print seen on the “Black Camo” pair, the pattern has a fiery feel this time around, due to the orange, black, and red colors used on the midsole design. Like its black counterpart, the shoe features an all-black engineered mesh upper, with grey accents on the Swoosh and heel stripes; different, however, is the use of the color red for the heel arch. The shoes sit on an orange outsole, while spotted orange laces wrap things up.

The flashier pair of the two, these definitely stand out, although compared to some of the crazier releases we’ve seen stateside this year (like the “Mambacurial” and similarly-colored “Challenge Red” Kobe 8’s), they’re pretty much just par for the course. Hit the jump for a detailed look at this PP-Only release, and let us know what you think in the comments below. 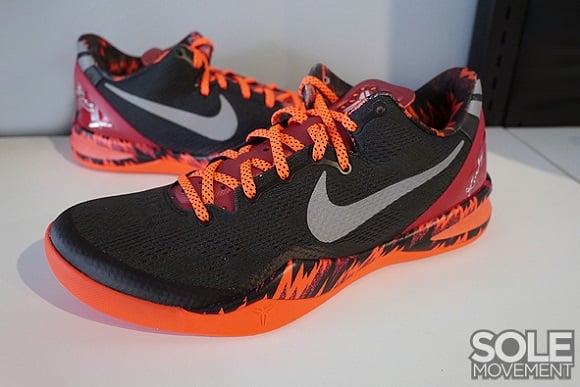 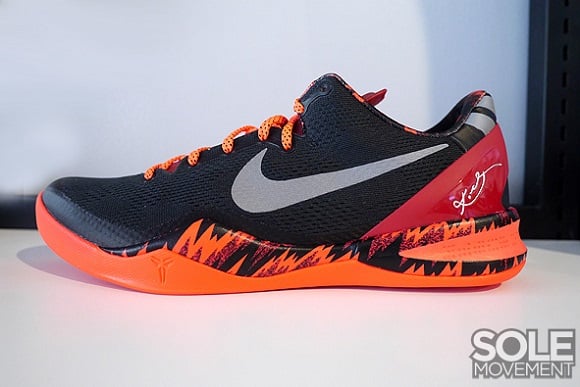 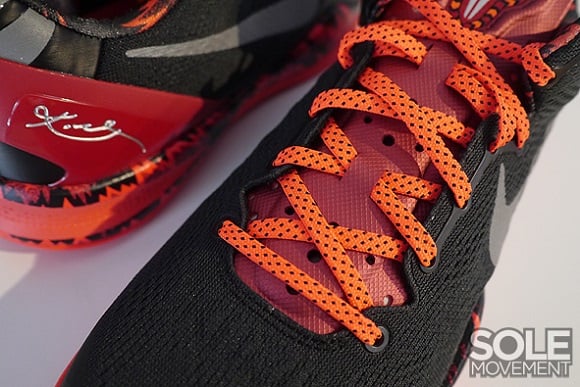 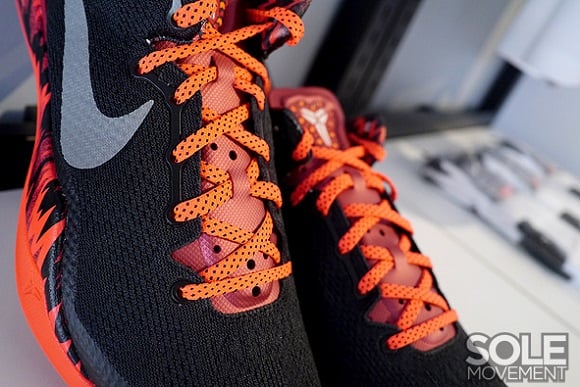 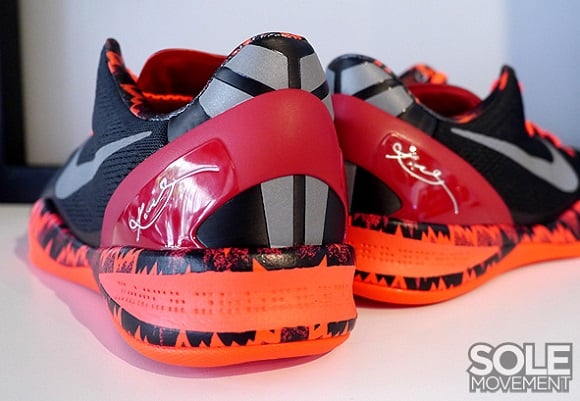 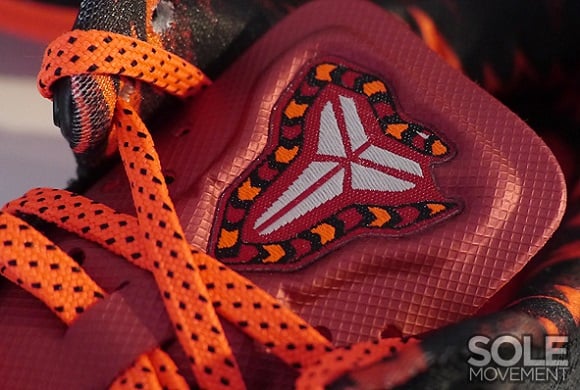