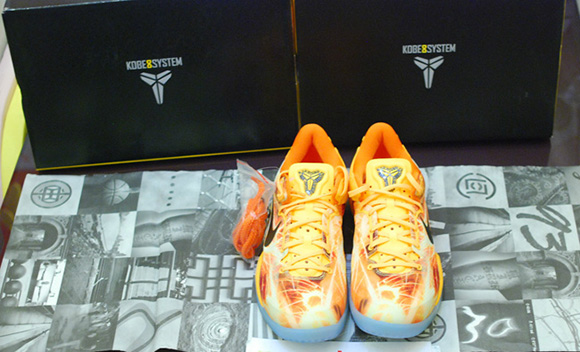 Also being dubbed “Fireworks,” this Kobe 8 is fierce and bright to make for one sick pair of shoe’s. Nike unveiled it’s collection that has continued to drop in Shanghai, which I’m sure the people are loving. The Foamposites, Nike Lunar Force 1 Low’s, 2013 Nike Hyperdunk, Nike Air Force 1 Low, and 6 other pair’s of kick’s including these Kobe’s. This “Shanghai” pack of ten has been dropping since July 13th and will continue until all ten shoe’s are released, hopefully most of them making their way to the American market eventually.

The Laser Orange and Safety Orange really help this shoe stand out and with the bright yellow mixed in it looks like someone took a sparkler to the shoe. The Swoosh and insole are black with an icey, translucent outsole covering the bottom of the shoe. You can go to the Nike Asia website and pick them up now; A few of these have made it to eBay via Shanghai sneakerhead’s, but most of us will be waiting patiently until hopefully we can get a release date in the states. For more release dates, news or anything kicks stick right here to Sneakerfiles! 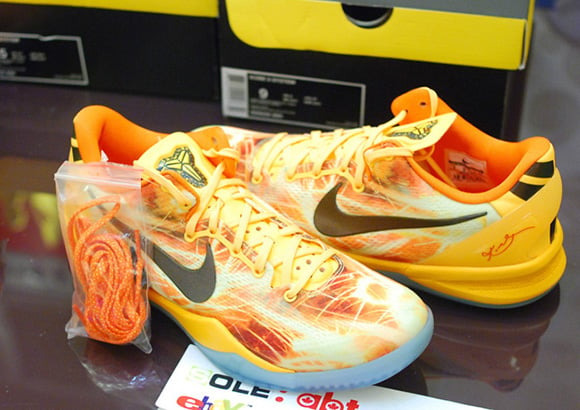 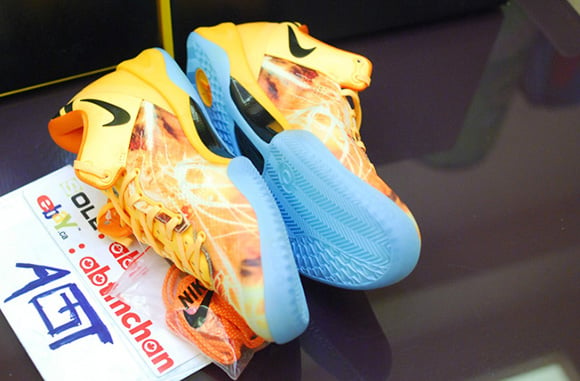 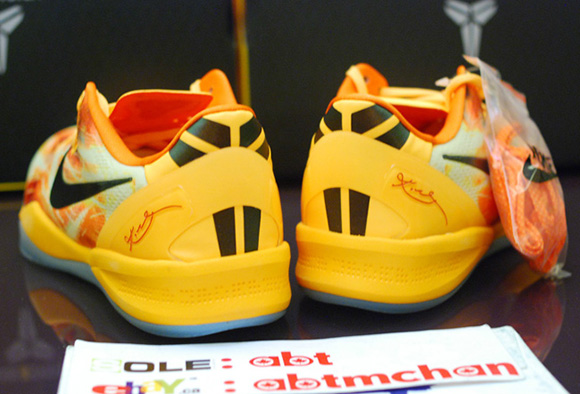 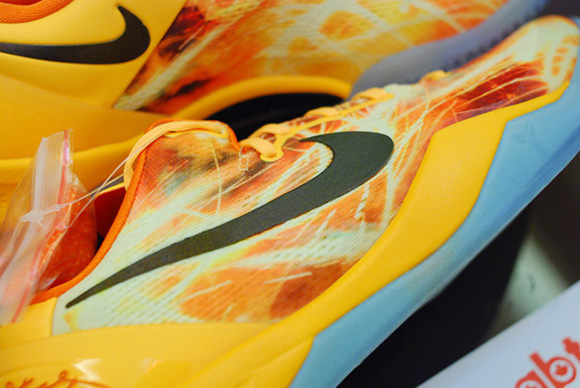 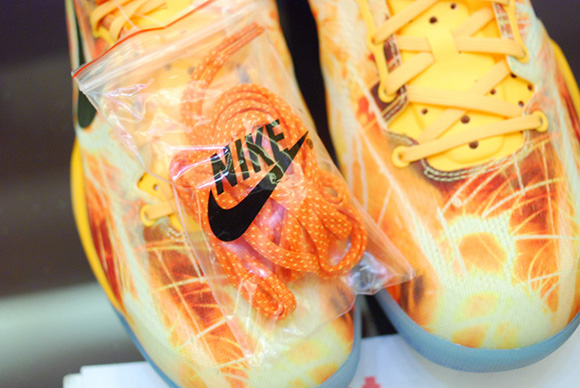